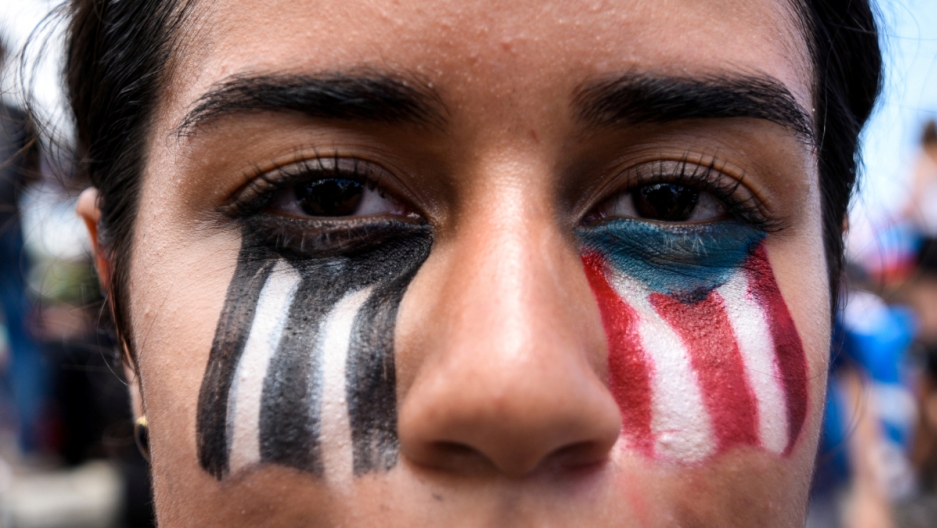 A demonstrator poses for a picture with her face painted during the national strike calling for the resignation of Gov. Rosselló in San Juan, Puerto Rico, on July 22, 2019.

Historic protests have rocked Puerto Rico, and demonstrators have made themselves heard in San Juan, demanding that Gov. Ricardo Rosselló resign. Some activists have shown up by motorcycle, kayak, horseback — even underwater.

Then, there's the music.

Puerto Rican singer iLe is one of many high-profile artists who've spoken out in support of the protesters in Puerto Rico. And one of her songs titled “Afilando Los Cuchillos,” or “Sharpening the Knives,” is part of the soundtrack for Puerto Rico’s political crisis.

The tune is a collaboration between iLe, her half brother René Pérez Joglar, a rapper better known as "Residente," and Puerto Rican reggaeton star Bad Bunny. Residente and Bad Bunny invited iLe to write and sing the chorus of the track. Then the song came together organically in one day, says iLe.

“We wrote each of our things separately, but because we're Puerto Ricans and we share the same anger, I think it came out pretty naturally sharing basically what we are feeling in our own way,” iLe said. “I'm glad that this song, it's like a boost for people in Puerto Rico. I've heard the cars and all the people listening to this song every day, and it's like coffee in the morning; it's a good feeling.

"Afilando los Cuchillos" is not the only new song iLe has released that focuses on the corruption and discontent that's been engulfing Puerto Rico. She started to write her new album, “Almadura,” around the time Hurricane Maria devastated the island back in 2017. The lyrics of some of the songs take aim at politicians in Washington and Puerto Rico.

"It's basically an album that it's reminding us the importance of protecting what we have, protecting our country, our culture. ... I wrote it as a Puerto Rican, but I think it's something we can relate to in many other situations all around the world." 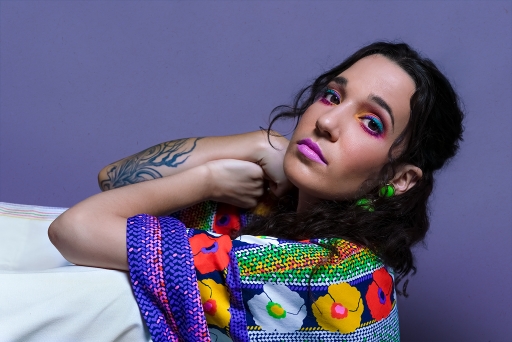 iLe is one of the Puerto Rican musicians taking part in the unprecedented protests engulfing Puerto Rico, demanding that Gov. Ricardo Rosselló resign.

The political crisis in Puerto Rico started with text messages attributed to Gov. Rosselló and his aides. A few of those messages were crude, offensive and misogynistic. iLe, like many other Puerto Ricans, is particularly offended by texts that appeared to be making fun of hurricane victims. iLe has participated in the demonstrations in San Juan and sees them as a catalyst for change.

“I think there's so many people that have been waiting for this moment, and now it's happening, something very weird is happening, but it feels good,” iLe said. “And we're just living the moment and enjoying the adrenaline and the anger that we have been accumulating for so long.”