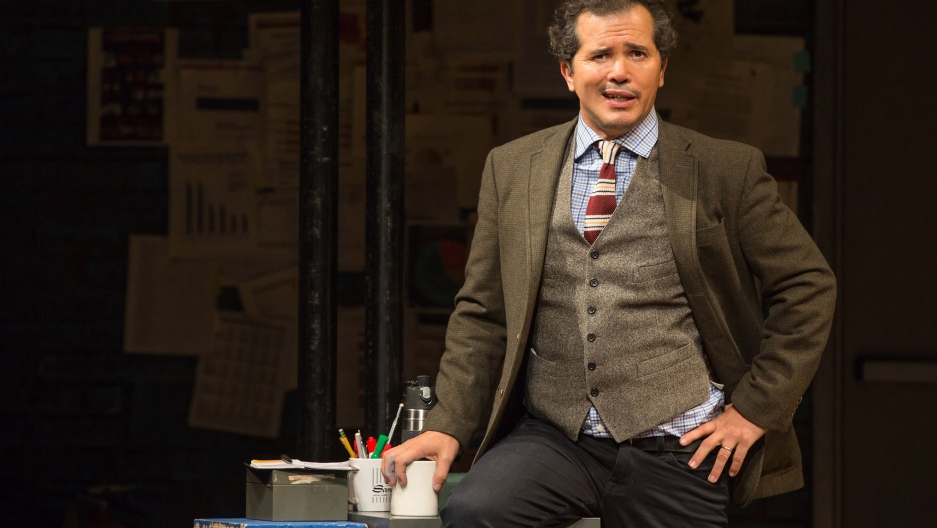 John Leguizamo has a long and successful film and TV career. Early on, he had recurring roles on "Miami Vice" and "ER" and worked with directors like Brian DePalma, Spike Lee and Baz Lurhman. And he also provided a voice in the endless animated franchise "Ice Age," playing Sid the sloth.

But alongside this life on screen, Leguizamo has also built a singularly successful theater career based on a form he helped pioneer — the funny autobiographical one-man play.

He started in 1991 with "Mambo Mouth" — a collection of vignettes, each of different Latin characters, all played by Leguizamo. Next came "Spic-O-Rama," then "Freak," "Sexaholix" and "Ghetto Klown." Each play was written and performed by Leguizamo, and dug into Leguizamo’s own life as the son of Colombian immigrants in New York who broke into show business young. Three of them were performed on Broadway.

His latest, "Latin History for Morons," won a Tony Award last year, and sticks to that form, but this time, it’s more explicitly educational. Dressed in his professorial-best — vest, tie, and jacket — Leguizamo spends his 90 minutes on stage teaching his audience. But like all of Leguizamo’s plays, "Latin History" is funny and jam-packed with impersonations. And he’s not kidding about the history teaching part. He writes on the chalkboard, asks questions of the audience and whips out books. He even created a reading list.

"I wanted to make it as fun as possible," Leguizamo says, "to get kids to read, to want to find out, and get adults motivated to look at these syllabuses that I posted."

Like all of Leguizamo's plays, "Latin History for Morons" sprang directly from his life. He talks with Kurt Andersen about the origins of the play, the craft of creating the multitude of historic characters he plays, his career on stage and his new roles on screen, including in Ava DuVernay's "When They See Us."