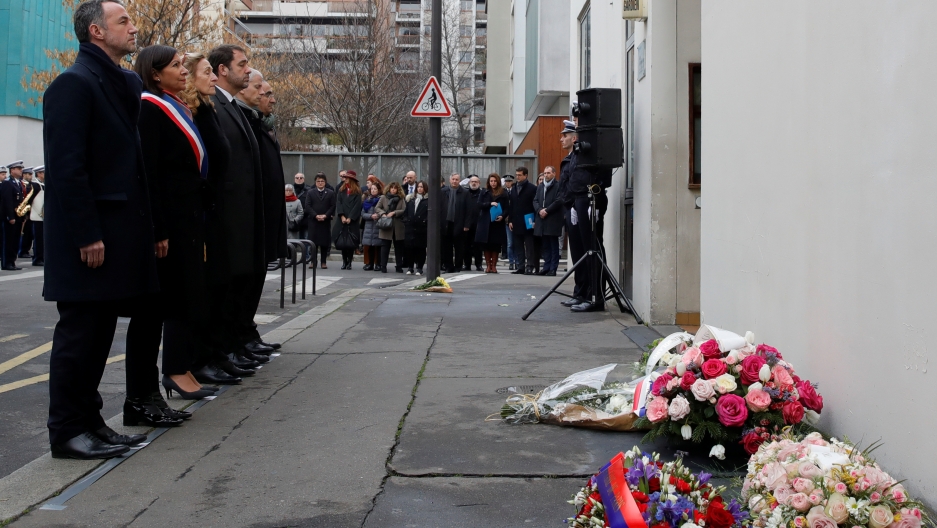 When the first shots rang out at the Bataclan concert hall in Paris, France, Aurélia Gilbert knew exactly what they were. “I know some others said that it sounded like firecrackers. For me, immediately, I thought that something terrible happened — like shots fired,” said Gilbert, 46.

In November 2015, heavily armed gunmen stormed the Bataclan during a live concert and killed 90 people. The gunmen were part of coordinated attacks throughout Paris that took the lives of 130 people and injured 494 others. ISIS later claimed responsibility for the attacks.

Although Europe has not seen such a large-scale attack since then, terrorist attacks have persisted in the region, and the problem is especially troubling in France.

For the last few years, French authorities have decided to double down on deradicalization efforts with strict assimilation methods, a watchlist, and a "terrorism hotline" to report suspicious behavior.

Of the 511 people arrested in the European Union for religiously inspired or jihadist terrorism in 2018, 273 were in France, according to Europol, the EU agency responsible for law enforcement cooperation.

While French authorities grapple with the best approaches to deradicalization, there have been some major missteps along the way. 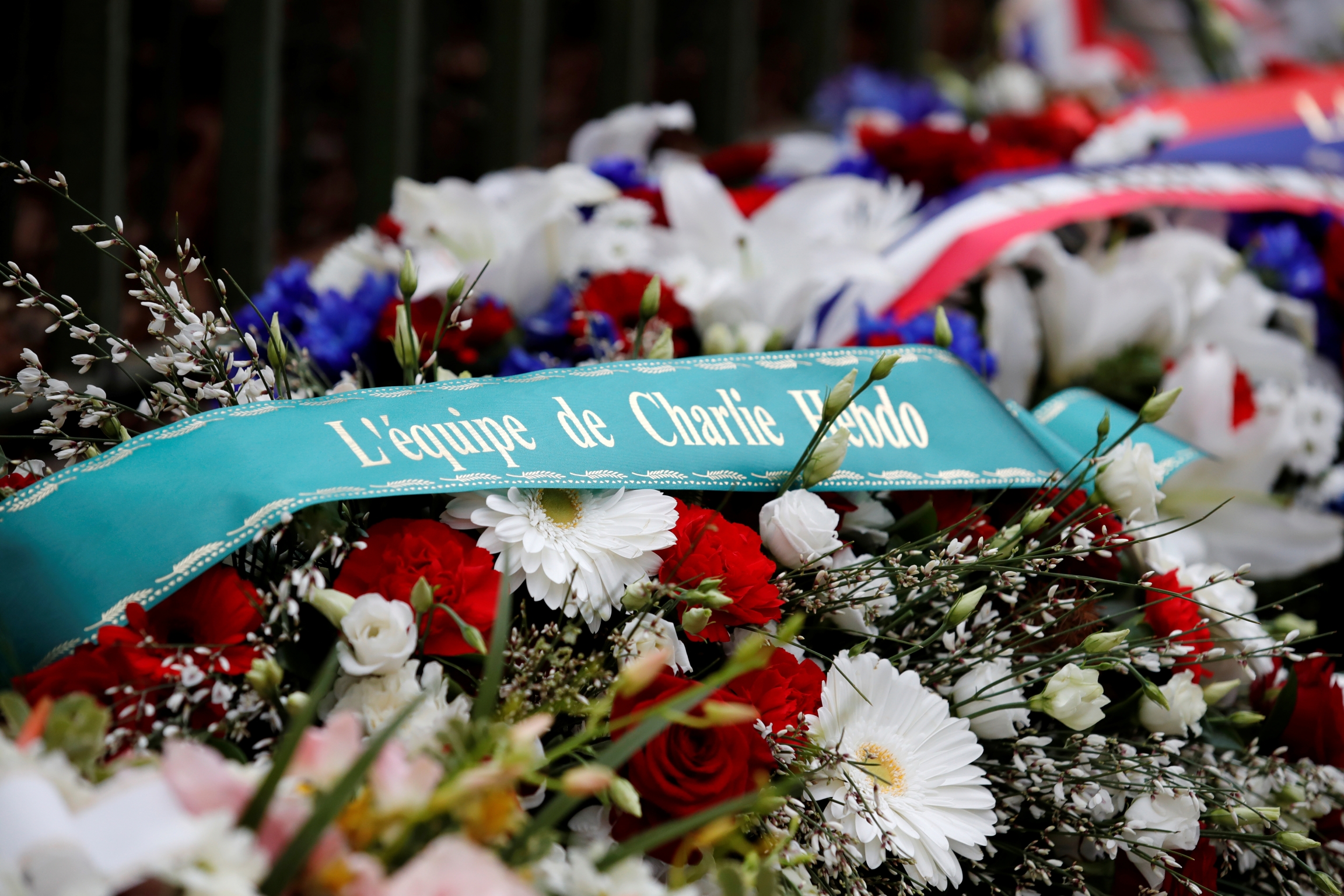 A wreath of flowers is seen outside the satirical newspaper Charlie Hebdo's former office, before a ceremony to mark the fourth anniversary of the attack in Paris, France, Jan. 7, 2019.

In April 2014, the French government created a "terrorism hotline" for the public to call in reports of people potentially radicalized by ISIS and related groups. The following year, they began tracking suspected citizens with a special security watchlist called the FSPRT (File for the Prevention of Terrorist Radicalization, in the English translation).

Names reported on the hotline often appear on the FSPRT. As of April 2019, 11,152 actively monitored individuals appear on it. They represent varying degrees of threat — from suddenly exhibiting withdrawn behavior to more serious actions such as contacting ISIS or traveling overseas to areas controlled by ISIS.

Related: Facebook to give data on hate speech suspects to French courts

In 2017, France also opened its first center for deradicalization in Pontourny, central France, in the Loire region. The center operated on a volunteer basis; local authorities around the country could refer individuals who were exposed to radical ideology, and these youth could decide whether they wanted to go.

But the nine participants — who are all Muslim — were expected to stop eating halal food. They studied French history, philosophy and literature; they wore uniforms and sang the French national anthem. The program tried to replace extremism with a strict form of secularism. The result was a failure; the center closed within a year.

In February 2018, the French government presented a new plan to combat Islamist threat in a 60-measure document entitled “Prevent to Protect,” which was reviewed by The World. The plan, presently in place, calls for a cross-disciplinary approach, including the reinforcement of secularism in schools and a “greater awareness of radicalization” in the workplace.

The plan relies on the concept of laïcité —  the French term for a strict strand of secularism that involves the complete and total separation of church and state.

“The problem with the French approach is not so much omitting religion. What is more problematic is the enforced secularism."

“The problem with the French approach is not so much omitting religion. What is more problematic is the enforced secularism,” says Raffaello Pantucci, director of International Security Studies at the Royal United Services Institute, a think tank on defense and security issues based in London.

Related: Is it dangerous to let ISIS fighters from the West return home?

“Most people radicalize for a variety of personal reasons, with religion or extremist ideas providing a useful frame for them to articulate their unhappiness through. For some, religion is a solace which helps. To instead push a line which aggressively pushes religion to one side can have a counterproductive effect,” Pantucci adds. 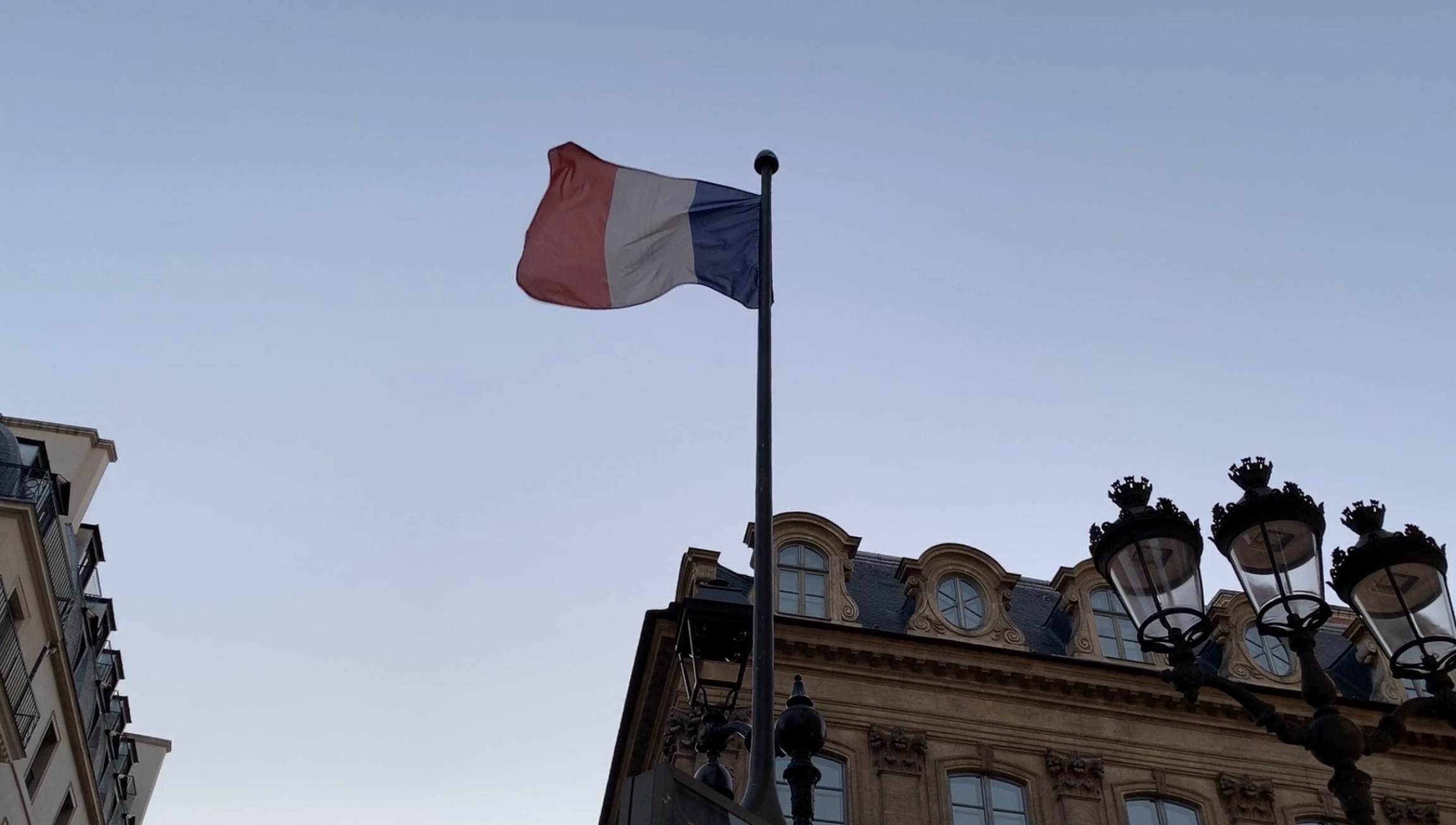 In February 2018, the French government presented a new plan to combat terrorist threats in a 60-measure document entitled “Prevent to Protect." The plan relies on the concept of laïcité —  the French term for a strict strand of secularism that involves the complete separation of church and state.

From hotline to rehab

Associations working closely with the French government also rely on the concept of laïcité.

Sauvegarde 93 (Protection 93), situated in a Parisian suburb, is an association that tries to deradicalize young people.

Launched in 2015, it operates out of a modest, plain building close to Seine-Saint-Denis, one of the poorest suburbs in the country and whose official administrative number is 93. It's here where some of the Bataclan gunmen rented a flat to plan their attack and where a few suspects were eventually killed in an anti-terror raid.

Through a team of social workers, psychologists and special educators, Sauvegarde 93 focuses on combating radicalization through an approach that entirely omits religion from the equation.

“We try to understand both the person who has become radicalized and how to help them come out of that process."

“We try to understand both the person who has become radicalized and how to help them come out of that process,” says Zohra Harrach-Ndiaye, Sauvegarde 93’s director.

“We don’t take the approach of saying, ‘They’re caught up with an ideology and therefore we have to replace it with another ideology’. We must not imagine the radicalized person as someone whose thoughts we have to empty and replace with something else. That’s not the method,” she explained. 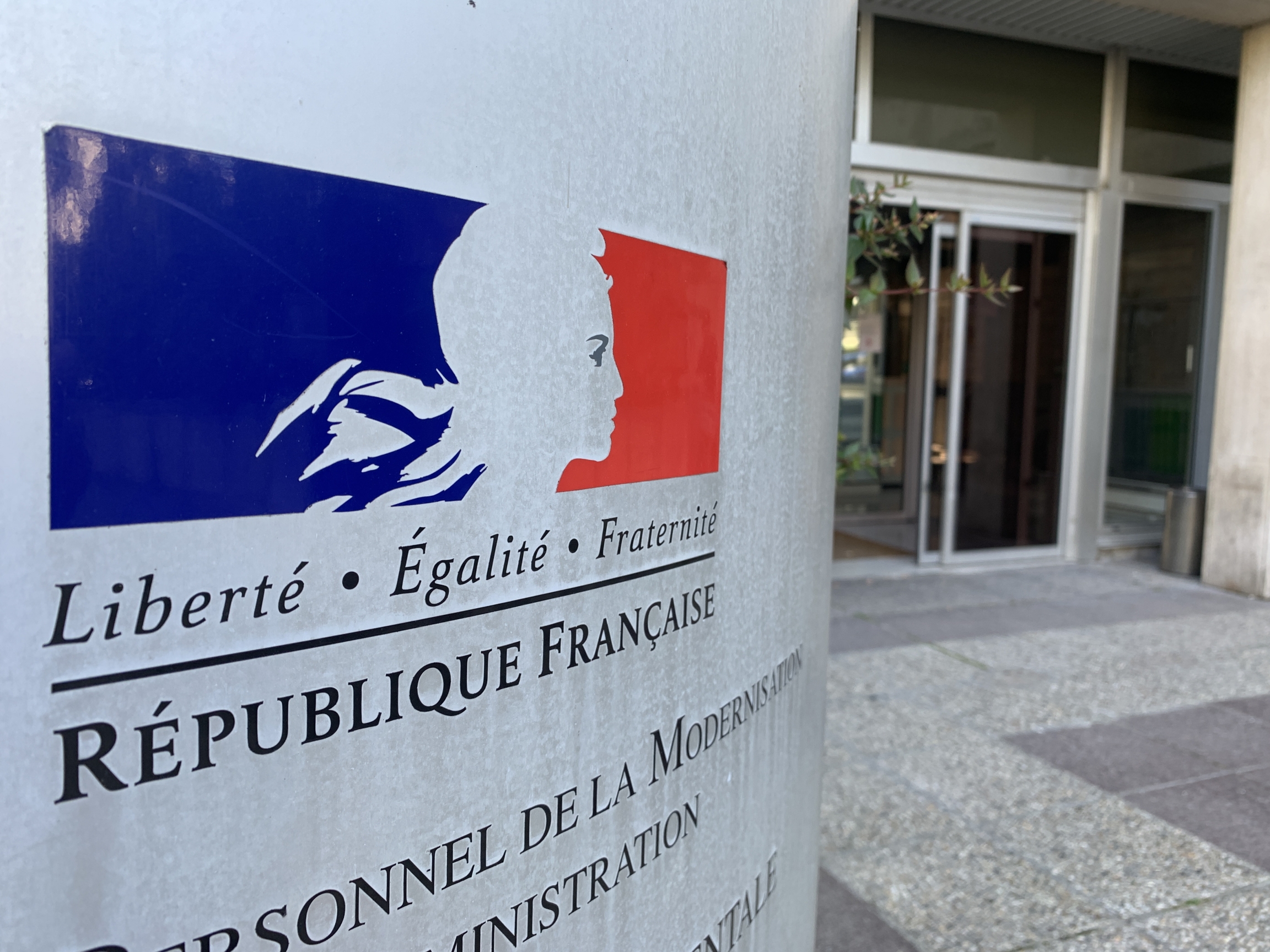 A sign outside the offices of Sauvegarde 93 boats the French motto for "liberty, equality, fraternity."

Harrach-Ndiaye points to the success of such an approach by referring to the case of a 24-year-old man who converted to Islam. The man’s father was worried about his son’s troubling behavior and called the terrorism hotline a few years ago.

Authorities were concerned and placed his son on the watchlist. Sauvegarde 93 was then called to intervene, providing psychological help, sessions with social workers, accompanying him to see a doctor and helping him find a job to integrate back into society.

After three years working with the young man, Harrach-Ndiaye says there have been marked changes in his demeanor.

“He just signed a work contract. He’s thinking about getting a bigger apartment, getting married. He’s playing sports again, eating better. And something that is visible is that he has cut his beard,” noting that this physical transformation was indicative of his transformed views from religious to secular.

Harrach-Ndiaye admits there have been some failures with the program — noting seven cases in which, despite interventions, the individuals subsequently went to prison for planning attacks or disappeared from France, presumably having gone overseas to join a terrorist group.

So far, the organization has worked with 111 people who appear on the watchlist, which Harrach-Ndiaye admits is a small amount compared to the 11,000 citizens currently active on file.

“France is doing a lot. But I think we aren’t doing enough for other kinds of attacks, like homegrown domestic attacks,” says Gilbert, who now belongs to a victim support group after the horrors of Bataclan.

Gilbert also points out, correctly, that it is impossible for authorities to monitor every citizen on the security file 24 hours a day, seven days a week.

“This is something that we keep on thinking (about) on a regular basis. This is a risk that we know is very common,” she says.

Asked whether she expects more attacks will occur in France, she didn’t hesitate to respond: “Yes, for sure.”