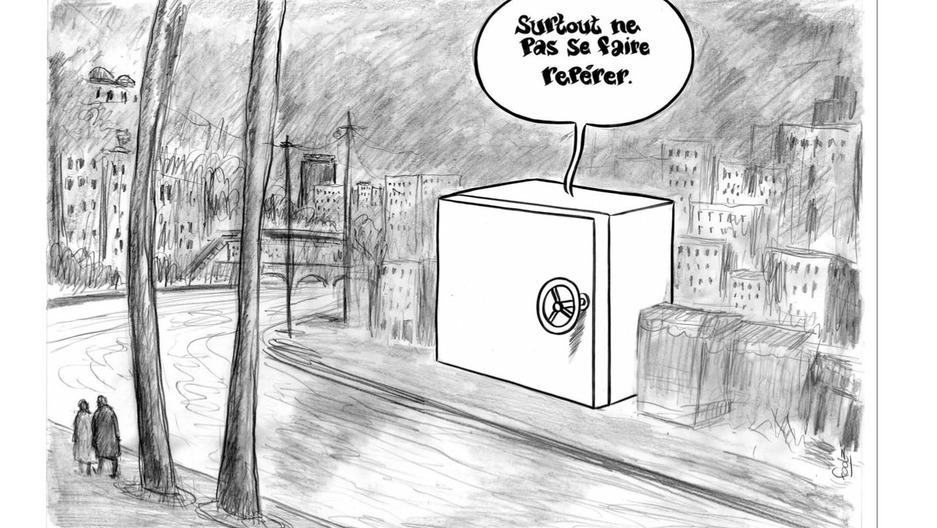 On the third anniversary of the Charlie Hebdo terror attack that killed 12 people, the magazine director and cartoonist Laurent Sourisseau, known as Riss, writes about the financial and emotional cost of producing a weekly magazine in drastic conditions.

The satirical weekly Charlie Hebdo is well-versed in the art of sarcasm and dark humor, to the point of upsetting many with controversial covers.

In their first issue this year, the weekly opens up about the trials of maintaining a publication that has been the target of deadly attacks and wonders how long they will be able to keep the lights on.

The staff of Charlie Hebdo have not spoken openly about this until now, as everything about the production of the paper is kept secret, including its location in Paris. But on the third anniversary of the terror attack that killed 12 people, the magazine director and cartoonist Laurent Sourisseau, known as Riss, writes about the financial and emotional cost of producing a weekly publication in drastic conditions.

The cover, designed by Riss, wraps the issue front to back with a heavily armored door. The headline reads: "Three years in a tin can." A man on the front opens the hatch — presumably angrily responding to a door-to-door salesman selling calendars — and says "The Daesh [ISIS] calendar? We already gave at the office."

In his editorial, Riss writes about the astronomical cost of maintaining tight security for their newspaper. The French government only covers protection for the most at-risk cartoonists and the weekly has to cover everything else. Between the private security firm, surveillance and special installations — including a panic room — in their offices, protecting staff costs more than $1.5 million per year.  “How long will Charlie Hebdo be able to sustain such a financial burden?” Riss asks in his column.

After the attack in 2015, Charlie Hebdo received overwhelming support in words and deeds, including a flurry of new subscriptions. Those financial gains helped the paper stay afloat. But according to some reports, sales have plummeted since then. And now the weekly is hemorrhaging money.

But there is also a personal cost to staff members. Reporter Fabrice Nicolino collected testimonies from fellow journalists around the newsroom. They spoke of not being able to attend any public events with their spouses or children for fear of risking their lives, relying on security detail for trips and living in constant fear. They're plagued by the fear of being followed, panicking when they hear new noises in the newsroom and the fear of being reminded of those clicking sounds the Kalashnikovs made when reloading on the day of the attack. They knew then that things would not return to normal.

The brother of a Charlie cartoonist brought his sibling a gift back from a trip to the countryside. Not finding his brother home, he left a small box for him on his doorstep. But a concerned neighbor called the police and a bomb squad turned up to dismantle the suspicious package. When the cartoonist returned home, he found his door destroyed and splattered with the pulverized cherries his brother had brought for him.

In the midst of all that, says Nicolino, his colleagues at Charlie Hebdo continue laughing and constructing biting headlines. But it’s clear that people are worn out after three years of operating in survival mode.

While it doesn’t sound like the cartoonists are ready to put their pencils down just yet, Nicolino says that their newsroom in Paris is running as if it were under siege. He calls on President Emmanuel Macron to rethink state security measures and provide better support for the entire staff and publication.

Charlie Hebdo’s journalists are concerned that without better government support, as Riss put it, freedom of expression in France, “this vital freedom, impossible to dissociate from our democracy, is becoming a luxury good like racing cars or diamond necklaces … which only the most wealthy media outlets will be able to enjoy in the future.”