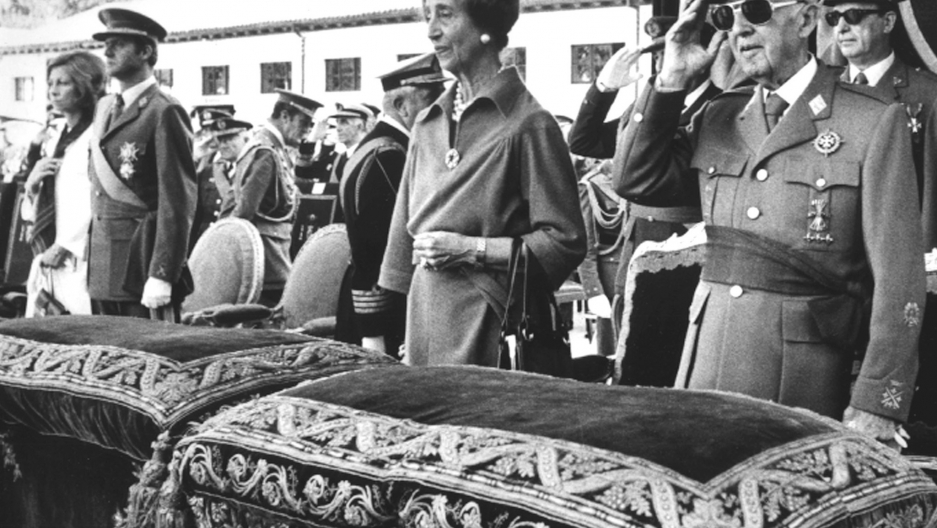 As the painful history of babies stolen from their families during the dictatorship of Francisco Franco continues to unfold in Spain, the role of social services has come under the spotlight. In October 2018, a former doctor was found guilty for his part in the scandal but escaped punishment, and a recent documentary film, "The Silence of Others," has shed fresh light on the ongoing struggle for justice by those affected.

In the aftermath of the Spanish Civil War (1936-1939) and the subsequent defeat of the republican forces, Franco created a sophisticated and extensive system aimed at the ideological and political control of the population. It was based on two main pillars. The first was the ruthless suppression of socialist ideology, mostly through the incarceration and coercion of left-wing citizens. The second was the creation of an ideal type of Spanish family.

In pursuit of both these goals, associations for victims estimate that up to 300,000 newborn babies of left-wing and working-class families were illegally removed from their parents and given for adoption to mostly middle-class nationalist families. This practice continued well into the 1970s.

The sheer scale of what happened in Spain betrays the direct involvement of several state institutions and hundreds — if not thousands — of people who worked for or alongside the state, including doctors, nurses and social workers. The Spanish Catholic Church held a key role in this vast surreptitious network and Franco’s social services, the Auxilio Social, were directly implicated in the removals.

A closer look into the political history of countries that also experienced military rule, such as Argentina and Greece, reveals that similar practices were systematic and widespread. Our own research on social work’s “horrible histories” suggests that state social services in Australia, Canada, the US and Greenland were also active in attempts to suppress indigenous cultures and forcibly extend settler values to native communities.

Once again, manipulating and reshaping the institution of the nuclear family was deemed to be the gold standard of social policy and social work. Meanwhile, throughout much of the 20th century, social workers in South Africa readily adopted the practices of racial separation culminating in the creation of Apartheid.

One of the most extensive, notorious and sophisticated examples of social work’s complicity in practices of segregation and social engineering took place in Nazi Germany. Social services served a dual purpose for the Nazis: On the one hand, they aimed at physically and socially segregating and exterminating those families and individuals thought unworthy of being citizens of the Reich. On the other, they focused on educating and reforming families to ensure that all members had a clear understanding of the distinct and superior role of the Aryan race.

Although much of the official social work profession extensively colluded with oppressive regimes throughout the 20th century, it would be a terrible omission to ignore the efforts and sacrifices of several social workers who resisted authoritarianism. Take the African American social worker Thyra Edwards, who traveled to Barcelona during the Spanish Civil War to work in a children’s facility. She became the primary link between the Afro American community in America and the US Abraham Lincoln Brigade fighting in Spain. She continued her anti-fascist action through World War II and died shortly afterward while trying to set up care projects for Jewish children in Rome.

Irena Sendler, a Polish Jewish social worker, saved nearly 2,500 children from the Warsaw Ghetto between 1940 and 1943. And as the war engulfed most of Europe and North Africa, the Red Aid, a vast anti-fascist welfare network, mobilized thousands of social workers and other professionals around the world to develop services caring for refugees, political activists and orphaned children.

A global truth and reconciliation commission

Despite those histories of resistance, the stark reality is that millions of people were subjected to practices of institutional oppression and abuse by state social services.

The profession has an obligation to explore, appreciate and learn from these historical injustices. Communities that have suffered from institutional racism, violence and segregation in the context of social services should have a prominent role in the process of exploring this history. The stories of those affected need to be told and their traumatic experiences must inform meaningful change in policy and professional practice in the 21st century.

Related: 40 years after his death, Spain's infamous dictator Franco still looms over both politics and art

Social work cannot celebrate its achievements, progress and commitment to social justice while neglecting its own troubled past. Reaffirming such commitment would require social work to offer an apology to communities affected by historical injustices and set up a global truth and reconciliation commission.

The main aims of such a commission would be to empower communities of survivors to tell their stories and provide a safe space for healing. It should also reaffirm that the profession is based around human rights and collectively articulate a vision for truly universal and democratic social services.

Social work is the fastest-growing profession internationally, mostly because investing in social services evidently has a positive impact on societies. It’s high time that the profession also demonstrated the necessary leadership, confidence and determination to re-imagine an ethical future by learning from its troubled past. It is only then that its transformative potential will be fully realized.

Vasilios Ioakimidis is a professor of social work at the University of Essex.