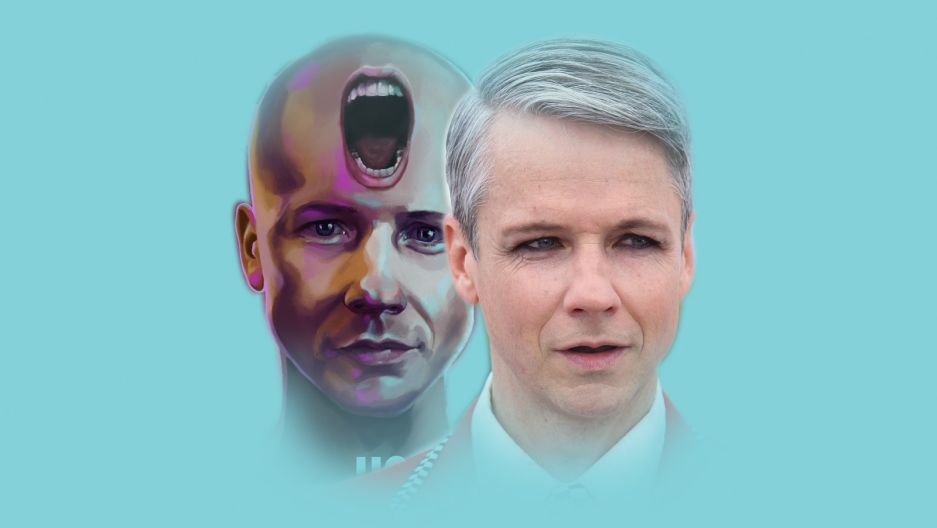 In the late ’90s, John Cameron Mitchell rocked the theater world with the punk musical “Hedwig and the Angry Inch.” In the years since, he’s directed a movie adaptation of the show and starred in a Tony Award-winning revival on Broadway. And now, he’s created a new genre-defying piece of theater. This time, in the form of a podcast.

“Anthem: Homunculus” is a collaboration between Mitchell and composer Bryan Weller. It tells the story of Ceann — a man hosting an online telethon to raise money for his cancer treatment. The 10-episode, five-hour saga features over 30 original songs, and an impressive list of Broadway and Hollywood stars: Patti LuPone, Glenn Close and Marion Cotillard, to name a few.

Mitchell originally conceived the show as a sequel to “Hedwig,” but found that his own life history was at the heart of the story. “The whole thing is kind of an alternative autobiography,” he says. “It's what I might be like if I hadn't left my small town.”