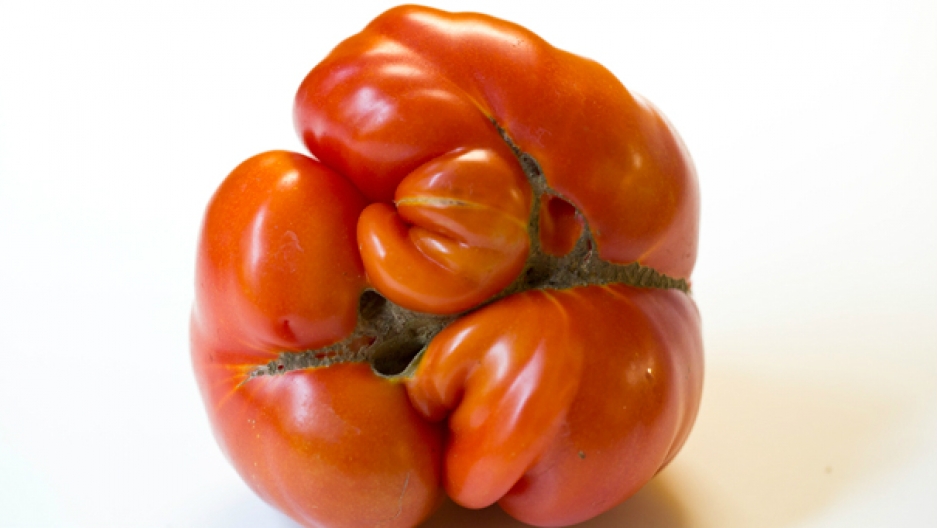 Not all tomatoes are beautiful. But even the ugly ones may be perfectly edible.

In the US, as much as a third of our food is wasted, left to rot on the vine or tossed in a landfill. Produce can pass through dozens of hands on its way to our plates, including packing houses, produce agents and storage facilities — and at every step there are opportunities for waste.

In fact, if food waste were a country, it would be the third-largest emitter of greenhouse gases, after China and the US.

In fact, if food waste were a country, it would be the third-largest emitter of greenhouse gases, after China and the US.

Now a crop of new companies thinks there could be an entrepreneurial solution: delivering less-than-perfect produce straight to the customer’s doorstep.

“[W]e essentially rescue a lot of different types of produce that would otherwise go to waste in our food system and we ship it directly to households,” says Abhi Ramesh, who founded Misfits Market in 2018. “The idea is that you can save money and also help combat the global food waste problem by buying food from Misfits Market.”

The second is size. Sometimes produce is either too small or too large to fit the size restrictions regular buyers want.

The third is excess. “Nature operates in interesting ways and isn't necessarily always predictable,” Ramesh says. “And buying patterns from large supermarkets and grocery chains are also not super in line with what growers are producing. So, the food system produces a lot of excess accidentally. And we're able to purchase that and sell it to our subscribers at a big discount.”

Ramesh says imperfect and excess fruit and vegetables would mostly go to waste if not for services like his, but not everyone agrees. In fact, some people who have looked closely at these companies find that much of the food they sell might otherwise have gone to food banks or other places in need. Ramesh says otherwise.

“Unfortunately, if you look at the spectrum and the scale of all the farms and growers out there today, there's a very, very small number of them that actually have the infrastructure today to ship items consistently to food banks and food pantries,” he maintains. “There’s a very small number of food banks and food pantries that have the infrastructure to even go pick up stuff if they have to do that.”

Misfits Market believes they are building that infrastructure. “We're aggregating food from a lot of different growers. We sell what we can to folks who want to save food, who want to eat more affordably. And then we actually donate a pretty large chunk of it to food banks and food pantries,” Ramesh says.

They are also saving farmers money, Ramesh adds. For example, he says, he works with an eggplant farmer who doesn't harvest eggplant that is too small to sell to grocery stores. “If we said, ‘Hey, can you just donate that for free,’ his answer would be, ‘I guess I could, but someone has to cover the cost of labor, transportation and storage for me to actually do that.’ What we're saying is, '“We'll do that.'”

This is a win for the farmer, Ramesh says, because he gets paid enough money to cover the costs of picking, storing and shipping the produce, and he makes income on the sale to Misfit Markets that he otherwise would not have made.

Some observers doubt that all the produce Misfits Markets and other companies buy would actually have gone to waste. Ugly carrots and bruised tomatoes are often turned into other items, like shredded carrots or tomato sauce, they point out. Again, Ramesh sees this differently.

“In a perfect world, in a very efficient system, every farm that grows carrots or every farm that grows tomatoes also has an avenue for shredding carrots or canning tomatoes or creating cider,” he says. “But the food system is quite inefficient as it is today, to the point where for every one grower that has access to a carrot shredder there are twenty other carrot growers that do not.”

Ramesh says the company wants to become a national brand that embodies ideas they support with respect to food affordability, food waste and sustainability. “My hope is that as we do so and as we grow, we can involve more people in the food system and really sort of push the envelope a little more when it comes to food waste,” he says.