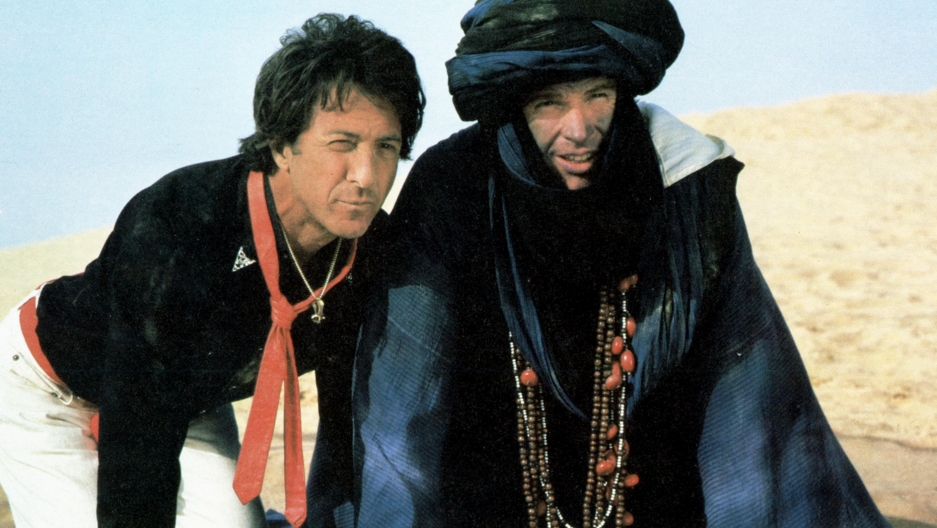 Dustin Hoffman and Warren Beatty in the film “Ishtar.”

In 1987 Elaine May’s comedy “Ishtar” flopped spectacularly at the box office. Critics savaged the movie. Almost instantly it became a sitcom punchline and a popular candidate for worst film ever made.

But the truth about “Ishtar” is that it’s actually very funny, and not in a “guilty pleasure” way. If there’s any guilt involved, the victims are “Ishtar” and its brilliant writer and director Elaine May, who never directed a fiction film again.

The terrible reputation of “Ishtar” snowballed based on a constellation of factors mostly unrelated to the actual quality of the movie.

“Ishtar” is a buddy comedy about two talentless songwriters played by Dustin Hoffman and Warren Beatty who get caught in the middle of political intrigue in a fictional north African country. But long before audiences or critics got a chance to see the movie, bad press about it was already circulating. Magazine articles detailed Elaine May’s supposed eccentricities on set and harped on the movie’s budget overrun. “I really think that the advance publicity killed it,” says film critic Carrie Rickey. “The well was poisoned. And I don't think anyone could watch it with an open mind.”

Phillip Schopper, a film editor who served as Artistic Consultant on “Ishtar,” puts forth a theory that the bad publicity was planted by the new head of the studio as an act of sabotage. “It's almost as though he encouraged this movie to fail to prove that his way of doing things is better than what these other people were doing before he came on board.” (This allegation remains unsubstantiated.)

Elaine May may also have been contending with endemic sexism in the film industry. She had become famous in the ‘50s and ‘60s as half of the brainy comedy duo Nichols & May.

But while her partner Mike Nichols had immediate success as a director of movies like “The Graduate,” May’s own films had been plagued by studio interference and on-set difficulties. “I think every day she had to fight to be heard,” says Rickey. “And I think what looked like oppositional behavior was probably a way of exercising control.”

Film critic Jonathan Rosenbaum — who writes about Elaine May in his new book “Cinematic Encounters 2: Portraits and Polemics” — attributes some of the hostility toward “Ishtar” to the movie’s satirical take on American foreign policy. “I think the reason why ‘Ishtar’ rubs people the wrong way,” he says, “is it was saying something about America that was accurate but the people didn't want to face or acknowledge.”