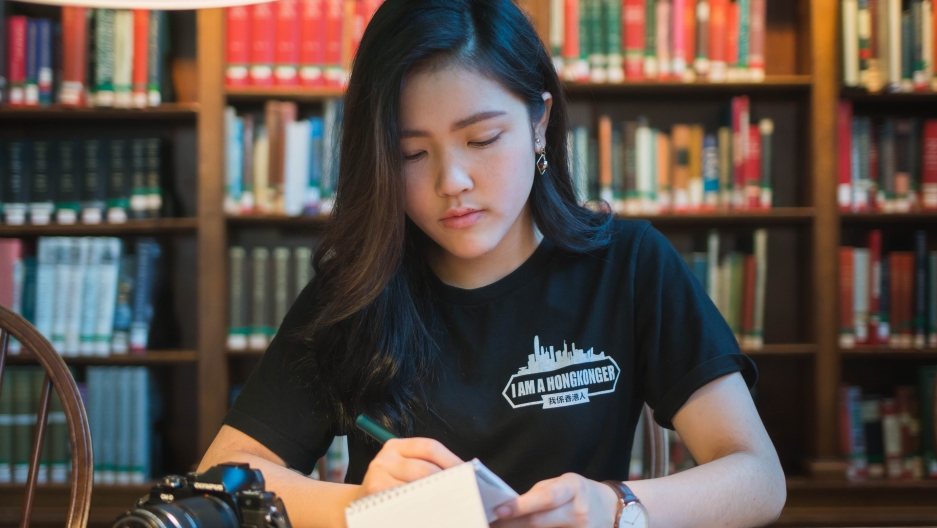 Frances Hui wrote a column about being a proud Hongkonger and why she feels distant from China. Since the publication of her piece, she's received threats from Chinese students at her college.

I am from a city owned by a country that I don’t belong to.

Britain colonized Hong Kong as a consequence of the Opium War in 1842. While China gave up part of Hong Kong permanently to Britain, the New Territories, which makes up 86 percent of Hong Kong, was also under British control in a 99-year lease. In 1997, when the lease ended, the British government decided to give all of Hong Kong back to the People’s Republic of China, known just as China today, as a “special administrative region” subordinated by China’s government.

To eliminate panic caused by the change, China promised to practice “one country, two systems,” which guaranteed that everything in Hong Kong would stay the same and operated on a separate political system from other cities in China for 50 years.

China appoints a chief executive every five years after a conditional election among the election committee. Hong Kong’s legal system is embedded within a supreme law called the Basic Law, while citizens elect their legislators in the Legislative Council every four years.

I grew up learning that my city’s core values were rooted in the freedoms granted by the Basic Law, including freedom of speech, freedom of assembly, and freedom of press and publication. Myself and many people from Hong Kong take pride in being somewhat politically separated from China, which is governed by the Chinese Communist Party that notoriously censors the internet and imprisons dissident people in China. Many citizens even call themselves “Hongkonger,” which the Oxford Dictionary later adopted in 2014.

I grew up learning that my city’s core values were rooted in the freedoms granted by the Basic Law, including freedom of speech, freedom of assembly, and freedom of press and publication.

The outbreak of the Umbrella Revolution, a 79-day occupying movement in 2014 when people asked for universal suffrage in electing the chief executive, put a spotlight on people’s ethnic identification. According to a poll by the University of Hong Kong, as of December 2018, 40 percent of citizens identify themselves as Hongkongers, as opposed to 15 percent who define themselves as Chinese. Less than 4 percent of the young generation ages 18 through 29 identified as Chinese in 2017, according to HK01.

Hongkongers ally with Taiwan, officially known as the Republic of China, which lost control of mainland China to the Communist Party in the Chinese Civil War in 1949. Unlike Hong Kong, Taiwan has almost no governmental connection with China. Taiwanese citizens even possess the right to elect their president, governors and legislators democratically. However, people from Taiwan face the same identity crisis as Hongkongers.

One of my Taiwanese friends at Emerson adopted the “Chinese” identity, even though she told me she loves Taiwan. She said she does not feel strong enough to fight over her identity with her Chinese friends. Last semester, after my friend and I presented a final project about China’s “re-education camps,” where they hold more than a million Muslims in China for genocide, a Chinese student discredited our presentation for being too political.

International students from Hong Kong, Taiwan, Tibet and other places in relation to China face backlash for not identifying as Chinese. Chemi Lhamo, the newly elected student union president of the University of Toronto Scarborough, received hateful comments on her social media because of her Tibetan identity. An online petition gathered more than 10,000 signatures calling for Lhamo to step down because of her pro-independence statements regarding Tibet and Taiwan.

“We strongly disagree with Lhamo’s political statements and her participation in political campaigns that were clearly against Chinese history, Chinese laws, and Chinese students’ rights,” wrote a student who started the petition online after Lhamo was elected in March.

More: The US may face obstacles in the global race for Chinese students

While it is globally agreed that Hong Kong and Taiwan are different entities from China politically, socially, and financially, it is important for colleges to be politically correct by educating themselves on international politics.

During my orientation in last fall, the School of Communication’s presentation about international exchange programs listed my hometown as “Hong Kong, China.” This move might flatter most of the Chinese students at Emerson, yet it upsets me to see how unaware the college is to this topic.

If the college promotes their education abroad programs to broaden students’ global vision, they must be more cognizant and knowledgeable of the places they accept students from and send students to.

I have never felt so desperate to find other people from Hong Kong and advocate for my culture. I recognize the absence of that voice on campus for Taiwanese, Hongkongers and other Chinese minority groups.

I have never felt so desperate to find other people from Hong Kong and advocate for my culture. I recognize the absence of that voice on campus for Taiwanese, Hongkongers and other Chinese minority groups.

At my previous college in Seattle, faculty members hosted a panel that I spoke on alongside other students from Hong Kong, China and Taiwan. Throughout the event, we touched on similarities and differences between the three cultures and educated the audience on controversial advocacy in Hong Kong and Taiwan. At the end of the panel, everyone seemed to leave with lingering curiosity to continue the conversation and an understanding of differences between us.

Instead of avoiding sensitive political topics to stay away from conflict, there should be more discussions on these issues to provide different students with an inclusive platform to voice their opinions. Everyone, including students from China or Hong Kong, should keep their minds open for new information and perspectives so as to learn from others.

It’s easy to exclude dissidents, but that only reinforces the problem and enlarges the gap between different nationalities. People should acknowledge the differences and participate in those conversations, despite all of the political tension within these places. This is important to provide a comfortable environment for people to identify themselves as who they want to be.

Although it was difficult facing judgment and disdain as one of the few Hongkongers at Emerson, I will strongly hold onto that identity because I am proud and I want to tell people where my actual home is.

A version of this story originally appeared in The Berkeley Beacon.