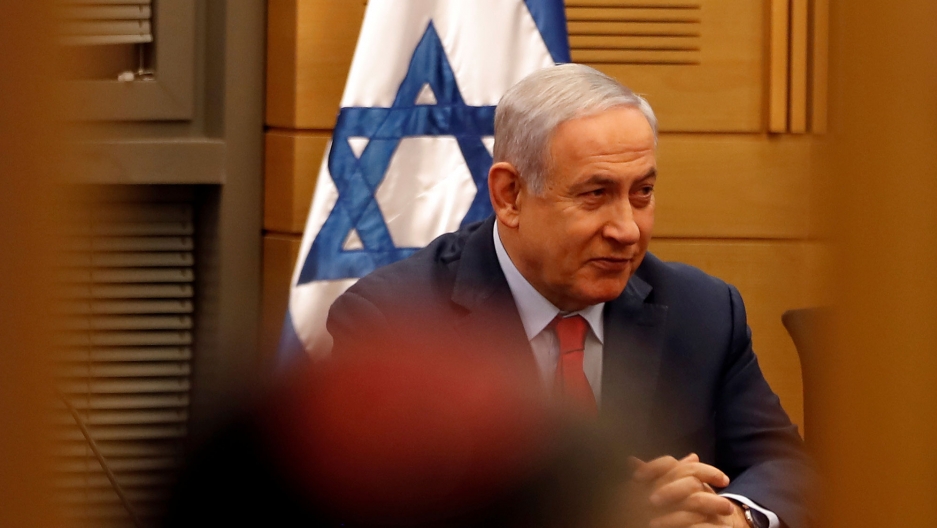 Israeli Prime Minister Benjamin Netanyahu failed to form a coalition government before a deadline on Thursday prompting lawmakers to vote to dissolve parliament.

Netanyahu preferred a new ballot, set for Sept. 17, to the alternative, under which President Reuven Rivlin could have asked another politician to try and form a ruling coalition.

But the need to go the polls again so soon after a closely contested April 9 election in which Netanyahu had claimed victory, showed a new measure of weakness by a leader in power for the past decade who has for many become the face of Israel.

Potential indictments in three corruption cases have only deepened questions about his political survival.

"We will win," Netanyahu, 69, head of the right-wing Likud party, vowed after parliament voted when the deadline expired for him to assemble his fifth government.

However, he was looking over his shoulder at the Likud benches during the vote in what some commentators interpreted as concern about any last-minute revolt. Not a single Likud lawmaker wavered in voting for an election.

With coalition-building potentially stretching into November after the new ballot, the uncertainty seems likely to delay further US President Donald Trump's forthcoming plan to resolve the Israeli-Palestinian conflict.

Those parties want young religious scholars exempted en masse from mandatory national service. But Lieberman and many other Israelis say they should share the burden.

Faced with the prospect of having to step aside at the end of a 42-day period to put together a government, Netanyahu instead drummed up support to dissolve the Knesset.

Netanyahu cast Lieberman, a settler in the occupied West Bank, as leftist for effectively blocking creation of a right-wing administration and said his erstwhile ally had been out to topple him.

"The man from Caesarea is accusing the man from Nokdim of being left-wing?" Lieberman, head of the Yisrael Beitenu party, asked at a news conference, naming the beachside suburb in where Netanyahu has a home and the settlement where he lives.

'Deal of the next century?'

In Jerusalem, the White House team behind the Trump proposal, including his son-in-law Jared Kushner, held talks with Netanyahu but made no public comment about any timeframe for release of the plan.

"Even though we had a little event last night," Netanyahu said, referring to the vote in parliament, "that's not going to stop us — we're going to keep working together."

The group is in the Middle East to drum up support for what Kushner styles as an economic workshop in Bahrain next month to encourage investment in the occupied West Bank and Gaza.

Even before it has been announced, Palestinians have spurned the plan — described by Trump as "the deal of the century" — as a blow to their statehood hopes.

"Now it is the deal of the next century," Palestinian chief negotiator Saeb Erekat told Israel Radio.

As the coalition deadline neared, public attention had been focused on moves by Netanyahu loyalists to grant him immunity as from criminal prosecution and to pass a law ensuring such protection could not be withdrawn by the Supreme Court.

Many opponents and political commentators saw Netanyahu's push for a new election, before the poll in April and now, as being largely motivated by his legal woes.

"It's astounding how easily one man is taking the entire State of Israel hostage for his own personal gains. We are heading to another election just so that he can escape prosecution," Gabi Ashkenazi, a member of the centrist Blue and White party and former armed forces head, told Army Radio.

Dubbed "crime minister" by foes, Netanyahu denies any wrongdoing in the graft investigations he faces, and has said he aims only to ensure the Supreme Court does not overstep in judging decisions by popularly elected lawmakers.

Israel's attorney general has said he intends to charge Netanyahu with bribery and fraud, pending a pre-trial hearing, which is scheduled for October.

The last election, in which Netanyahu showcased his warm relations with Trump and frequent contacts with Russian President Vladimir Putin, ended with him neck-and-neck with Benny Gantz, a politically untested ex-armed forces chief and head of Blue and White.

But Netanyahu was given the nod to form a government after ultranationalist, right-wing and religious party leaders voiced their support.

By Jeffrey Heller and Dan Williams/Reuters