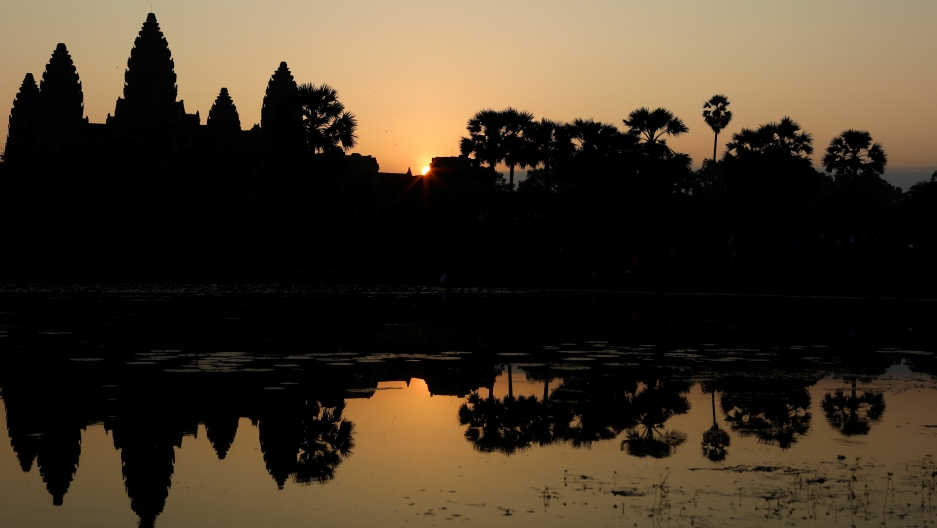 The April 2019 fire that engulfed France’s Notre Dame Cathedral in Paris led to an outpouring of grief and introspection.

Historians explained how the 800-year-old church had survived political upheaval. Theologians examined its “secret life” and symbolism and architects recounted its structural changes through the centuries.

But not all cultural landmarks – no matter how beautiful or inspiring – similarly tug at the heartstrings of people worldwide. On the same day Notre Dame burned, online commentators observed, flames also consumed part of the 1,000-year-old Al-Aqsa mosque in Jerusalem.

My research on UNESCO World Heritage sites sheds light on why some cultural relics are beloved, while other splendid monuments remain relatively unknown.

Since 1972 the United Nations Educational, Scientific and Cultural Organization has kept a list of places revered for their “outstanding universal value.”

Famous examples include the Sydney Opera House, in Australia, the Incan city of Machu Picchu in Peru, and Italy’s Villa Romana.

The 193 countries that signed the 1972 UN agreement that gave UNESCO this responsibility have committed not to endanger, directly or indirectly, their own heritage sites or those of another nation.

The French scholar Anne Gombault believes that Notre Dame stirs global fervor, in part, because it is a UNESCO World Heritage Site.

“World Heritage Sites arouse emotions and emotions reveal shared values,” she wrote in The Conversation on April 16, 2019. “Such emotions were on the faces of all those gathered in front of Notre Dame” as it burned, and in “the flood of heartfelt sentiments on social networks,” she added. 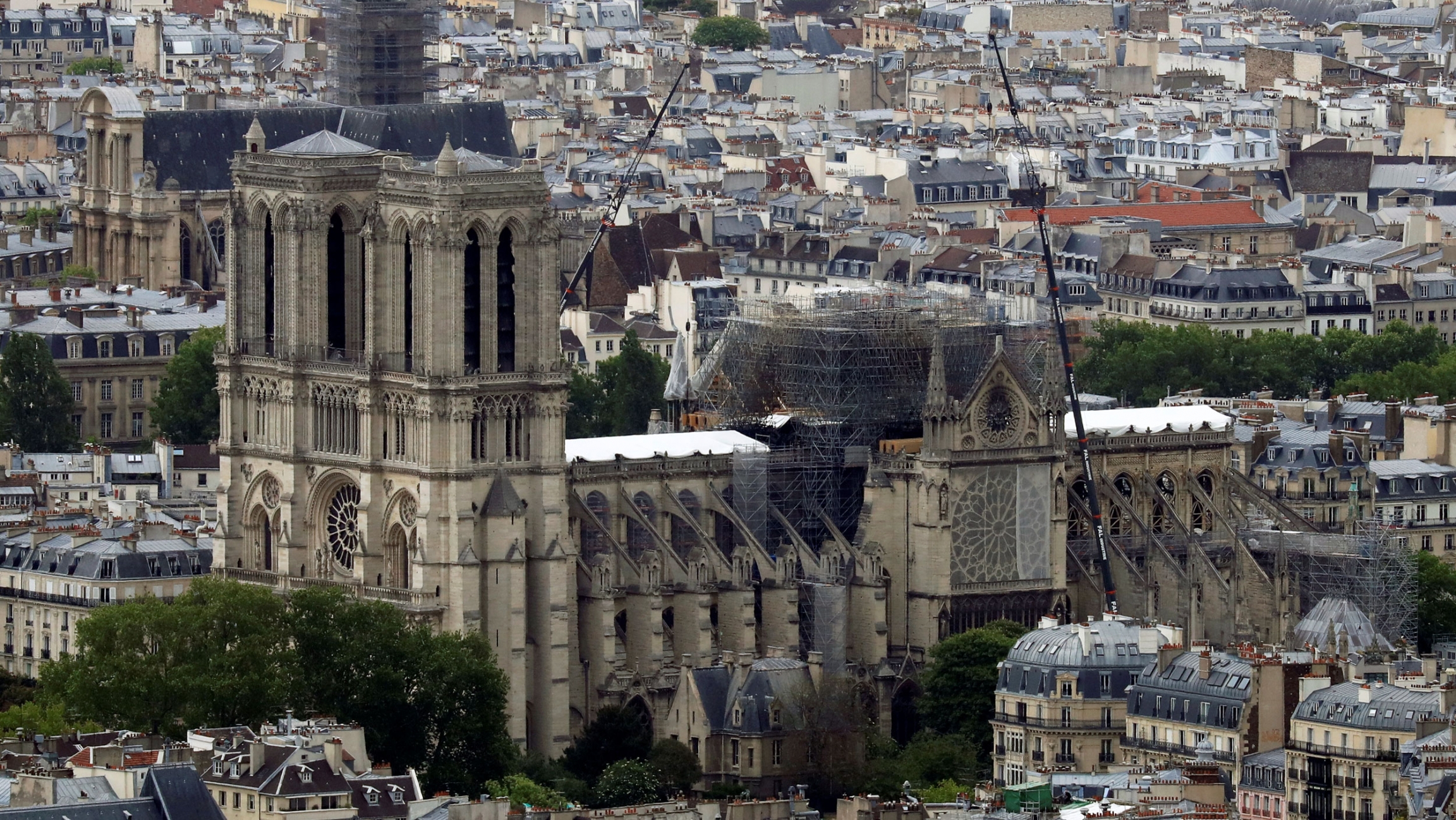 A view shows Notre-Dame Cathedral after a massive fire devastated large parts of the gothic structure.

According to UNESCO’s website, World Heritage sites “belong to all the peoples of the world, irrespective of the territory on which they are located.”

In practice, though, what is considered worthy of World Heritage recognition is not equally distributed across countries. According to my research, UNESCO disproportionately reveres the cultural legacies of former European empires.

My 2014 analysis of UNESCO World Heritage sites found that Italy and Spain had 114 of UNESCO’s 695 designated cultural sites. That’s two relatively small European countries – home to just over 1% of the world’s population – with almost 9% of its sites of “outstanding universal value.”

In comparison, 25 countries – including the Dominican Republic, Papua New Guinea, and Mongolia – have just one UNESCO cultural site each. Ireland, Saudi Arabia and 16 other countries have two each. Seven countries, among them Jamaica and Moldova, have no UNESCO-designated sites at all.

Even UNESCO-designated sites located outside of Italy, France and Spain reflect a preference for these countries’ grand imperial histories.

Excluding cultural sites located within France, Greece, Italy and Spain, I analyzed the descriptions of the remaining 536 sites for references to Spanish, French and Italian or Greco-Roman influence. I searched for words like “Roman,” “Baroque,” “Classical,” “Gothic” and other terms commonly used to describe historical Western European architectural styles.

I found that 31% of UNESCO-designated cultural sites not located in Italy were celebrated for their Italian influence, including 50 of Eastern Europe’s 79 designated sites. Another 23 Eastern European UNESCO sites boasted French influence.

That means all but six of Eastern Europe’s UNESCO-designated cultural monuments are celebrated for their Western Europeanness.

Similarly, almost half of Latin America’s 77 cultural World Heritage sites are from the Spanish colonial era, including the historic downtowns of Mexico City, Havana and Antigua, Guatemala.

Today there are 845 cultural sites on UNESCO’s World Heritage List – nearly 200 more than in 2014, when I did my original analysis. Western Europe still dominates the map.

One reason for this apparent bias may be exhaustive nature of UNESCO’s nomination process.

To apply for World Heritage designation, countries nominate sites of “outstanding universal value” that meet at least one of 10 criteria.

For cultural sites, these criteria include being “a masterpiece of human creative genius” and bearing an “exceptional testimony to a cultural tradition or to a civilization which is living or which has disappeared.”

UNESCO natural heritage sites, which are much more evenly distributed across the globe, must either contain “superlative natural phenomena or areas of exceptional natural beauty and aesthetic importance” or reveal meaningful interactions between nature and humans.

The nominating government then compiles an extensive dossier on the proposed site, which may include hundreds of pages of history, maps, photos, protection plans and scientific or cultural analysis.

Related: Iraq's marshlands, nearly destroyed under Saddam, are coming back.

This is evaluated by an international UNESCO advisory board, whose members will visit the site. Their recommendation goes to an executive UNESCO committee that makes the final decision.

And the nomination process is only getting more elaborate: Sociologists Vaughn Schmutz and Michael Elliot analyzed all UNESCO cultural site applications from 1980 to 2010 and found that over the years they grew longer and included more scientific language.

According to archaeologist Henry Creere, who once served on a World Heritage advisory board, UNESCO’s own selection process is also inherently “Western-oriented.”

“It operates in accordance with an aesthetic and historical perspective that is grounded in European culture,” he wrote in 1996.

This perceived bias may have led Asian, Latin American and African governments to strategically select cultural relics that date from their colonial occupation – rather than native monuments of the pre-colonial era – because they suspect such places most closely align with UNESCO’s vision. 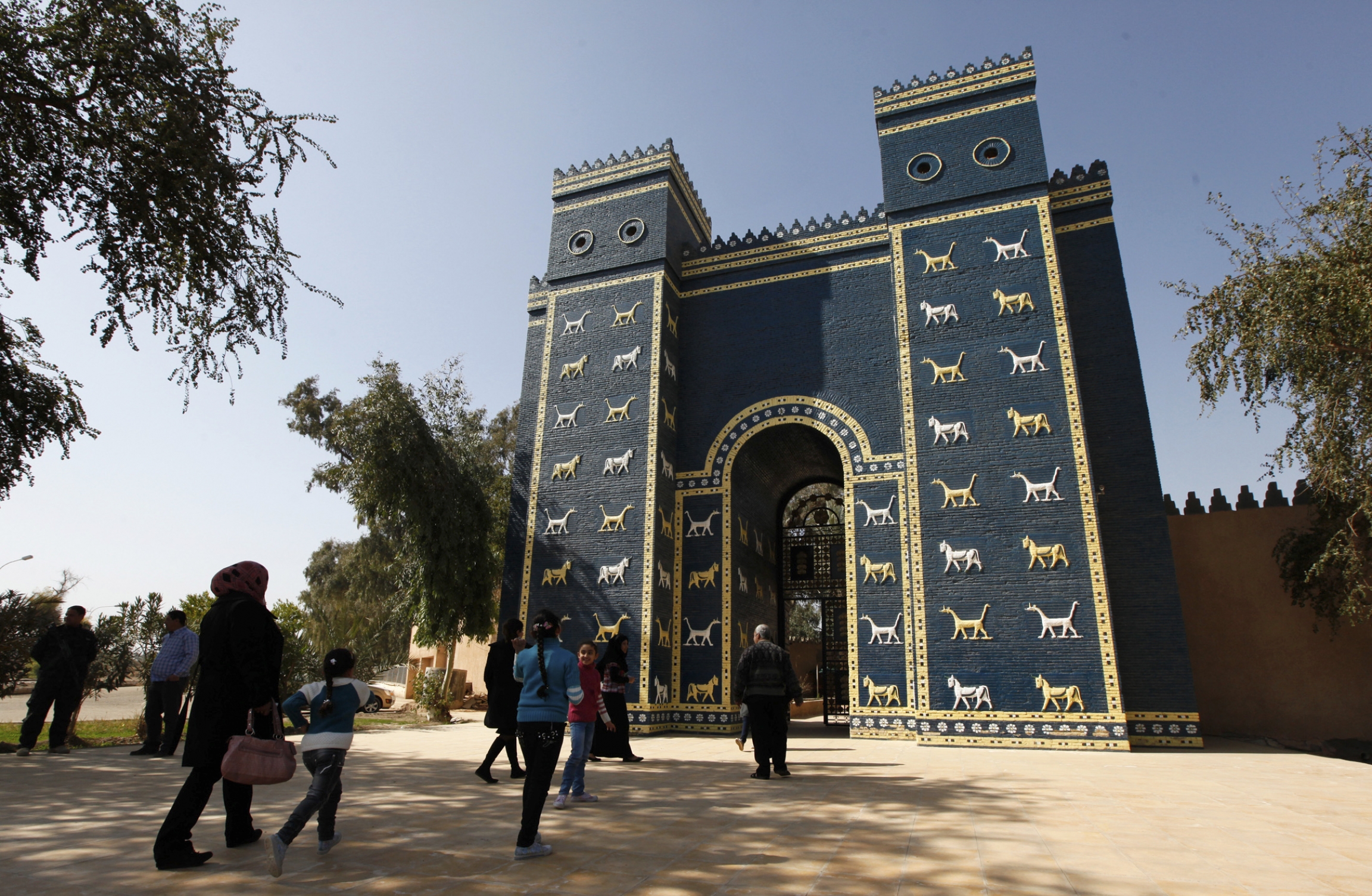 Residents visit a replica of the Ishtar Gate of Ancient Babylon near Hilla, 100 km (62 miles) south of Baghdad.

UNESCO’s European bias is probably not intentional. Nonetheless, it has serious implications for the future of world heritage.

Deep universal affection for Notre Dame has translated into hundreds of millions of dollars in donations to help rebuild the beloved cathedral.

When the Gate of Ishtar, one of few remaining ruins from the ancient city of Babylon, was destroyed in 2003 during the Iraq War, archaeologists and the United Nations expressed grave concern. But there was no global outpouring of grief or donor dollars.

UNESCO protections may not have saved this ancient city from the wrath of the Iraq War. But, certainly, hundreds of millions of dollars and a global fan base might have helped.

Victoria Reyes is an assistant professor at the University of California, Riverside.