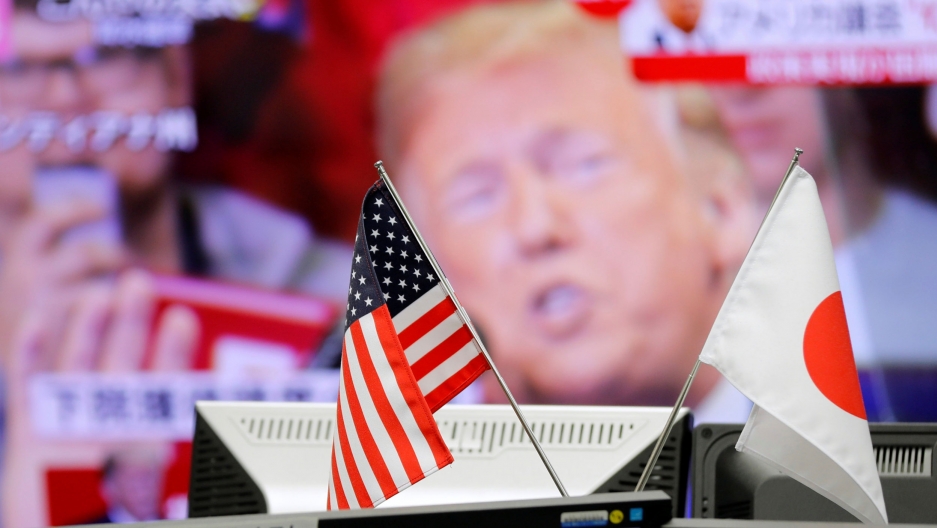 President Trump is visiting Japan this weekend, a foil of his back in the 1980s. Trump would rail about a mounting US trade deficit with Japan, arguing that the Japanese were taking advantage of the US.

President Donald Trump is heading to Japan for a weekend visit. On the official agenda: well, not much.

The president is expected to play some golf with Japanese Prime Minister Shinzo Abe. Trump will take in some sumo and be served some well-done steak, just the way he likes it. The Japanese seem to be making a concerted effort to keep Trump busy, perhaps so nothing can go off script. After all, they’ve been burned by him before, a long time ago.

Back in the 1980s, there was a growing anti-Japanese sentiment in the United States spurred by a mounting trade deficit with Japan. Popular culture reflected a growing distrust of Japan through movies and books. Perhaps on the extreme side, there were smash-a-Toyota days in places like Michigan and Indiana. 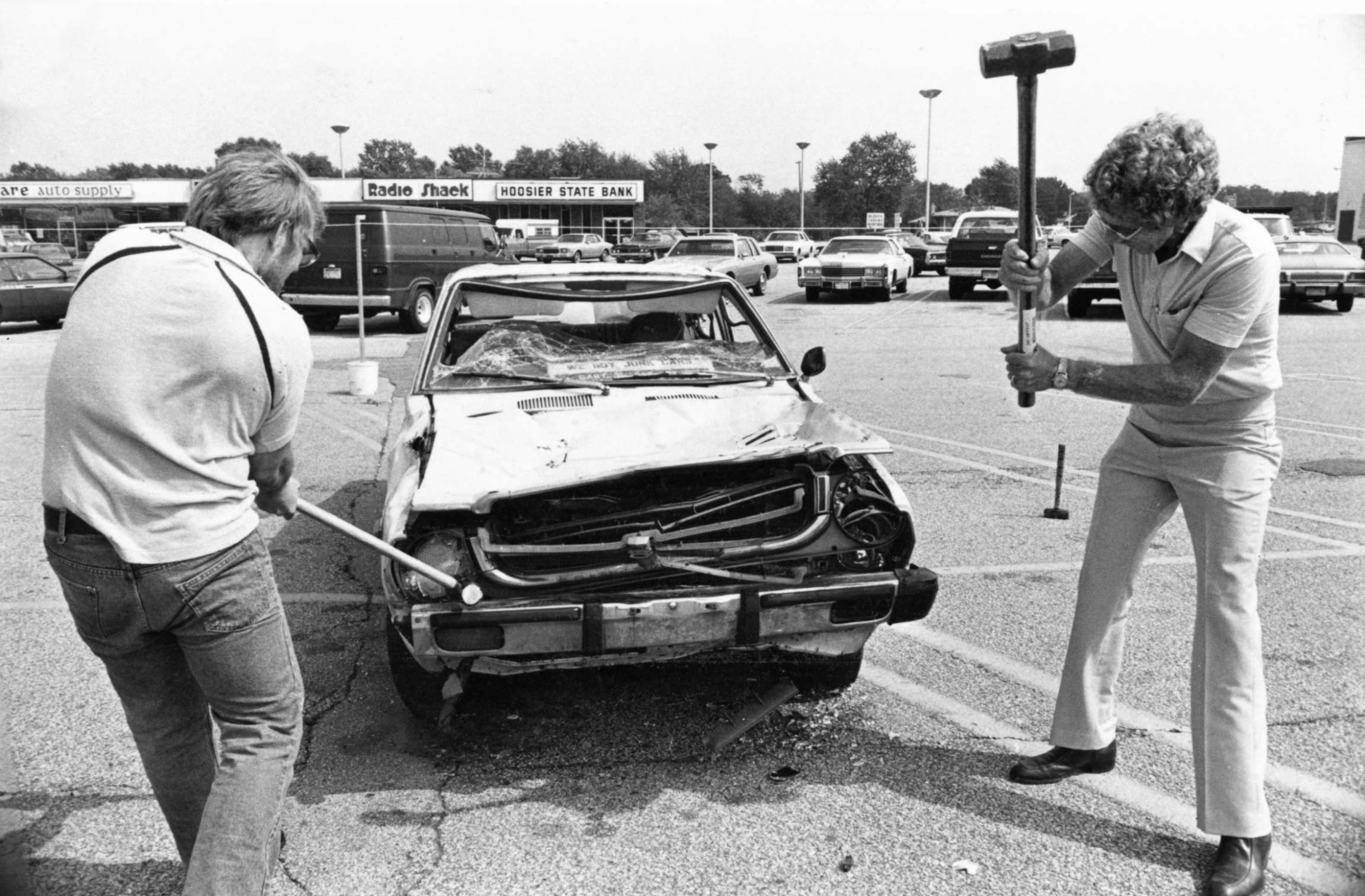 Auto worker Jim Coleman (left) and businessman Charlie Cobb (right) swing sledgehammers in Indiana at a Japanese-made car for $1 a shot. The money went to help the families of laid-off workers, Friday, Sept. 10, 1982.

“Many Americans were concerned about the United States’ declining economic power,” says Jennifer Miller, a historian at Dartmouth College who studies foreign relations between the US and Asia.

“Many Americans also saw Japan as threatening because they worried that its rise was showing that the nature of global power was changing,” says Miller. “You didn’t need to have military bases around the world to be a world power. You could just have this massive economy built on this export of consumer products.”

In the 1980s, American politicians, Democrats and Republicans, as well as business and union leaders, argued that Japan wasn’t playing by the rules. President Ronald Reagan imposed import quotas and tariffs, arguing that Japan was dumping products into the US, selling for less than the cost of production in order to gain market share.

Here’s the counter story: Sony, Toyota and Honda were just building better products than US companies.

Back then, Americans were also becoming enthralled by a young New York real estate tycoon. He paid $100,000 to print an “Open letter from Donald J. Trump” in several newspapers. Trump wrote, “Let’s not let our great country be laughed at anymore.” Then Trump went on the Oprah Winfrey Show.

Trump didn’t just talk about the problems he saw with Japan.  “He talked about how if he were president, he was going to fix this,” says Jennifer Miller. “And he talked about how the reason Japan was able to do this was because America's current leadership was stupid.”

Trump talked about putting up barriers to imports, making Japan increase its defense spending and paying the US a tax. Sound familiar?

“You can trace so much of his rhetoric back to the 1980s that I think he hasn't actually updated it that much,” says Miller, who recently authored a research paper entitled “Let’s Not be Laughed at Anymore: Donald Trump and Japan from the 1980s to the Present.”

Related: Trump for the Nobel Peace Prize? Japan thinks so.

As president, Trump has pivoted the brunt of his most vitriolic trade rhetoric toward China, but has also gone after Mexico, Canada and, to a lesser extent,  Europe. Still, the president still hasn’t forgotten about Japan.

Remember how Trump wrote that Japan was laughing at us in the 1980s? Last year, the president was giving a speech about US-Chinese relations when, unexpectedly, he tacked on a thought about Japan.

“I’ll talk to Prime Minister Abe of Japan, and others, great guy, friend of mine, and there will be a little smile on their face, and the smile is: ‘I can’t believe I’ve been able to take advantage of the United States for so long,’” said the president. “So, those days are over.”

But there have been contradictions within Trump’s stance towards Japan. Trump built his real estate empire in part through Japanese financing and by selling real estate to Japanese buyers.

“On the one hand, he's railing against Japan for being this predatory power that’s selling all these products to the United States, that's dumping products on the international scene and trying to destroy the American economy through a flood of cars and VCRs,” says Miller.

“Yet, at the exact same time, he's relying on Japanese money for his own career. And I think we see that contradiction continue to today where Trump talks a lot about tariffs and about how rigged the global trading order is, but continues to encourage foreign investment, including Japanese investment, in the United States.”

Trump also sought that investment on a very personal level. In 1990, Trump was short on cash and wanted to sell his yacht, The Trump Princess.

“And so one of the things he does is he sends the yacht to Tokyo Bay and has it sail around off the shores of Tokyo trying to find a Japanese buyer for the yacht,” says Miller.

Perhaps it's no huge surprise that, after making the rounds of talk shows and taking out a full-page newspaper ad bashing Japan, Trump was unable to find a Japanese buyer. He reportedly sold the yacht to a Saudi prince instead.