A half-century after it was released, “2001: A Space Odyssey” is still supplying light amid the darkness. It’s considered not just a great film but an important and influential work of modern art. An astonishing marriage of sound and image, man and machine, there’s nothing simple or obvious — nothing monolithic — about it.

With no help from cinematic CGI, its vision of the 21st century and beyond seems uncannily prescient and profound. Before we’d even landed on the moon, “2001” showed us how privately operated spacecraft would one day take us there.

Life’s biggest mystery — our place in the universe — would be an empty question were it not for director Stanley Kubrick and author Arthur C. Clarke’s vision of what comes next. There is no “Star Wars” without the Star Gate, no “Close Encounters” or “Contact” without the monolith. HAL was a perfect preview/early warning of Siri and Alexa and our AI-dominated near future. 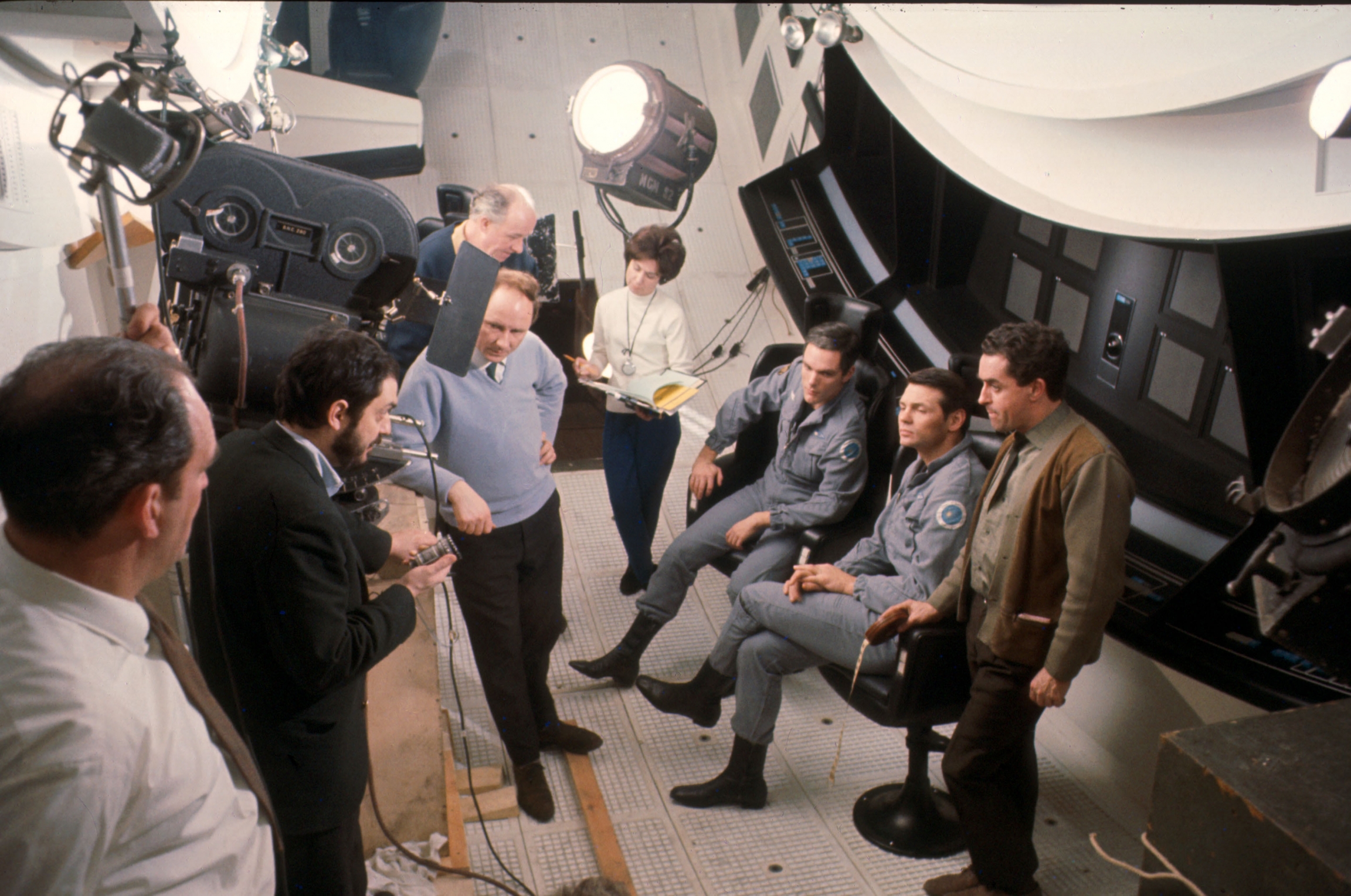 Director Stanley Kubrick (left) on the set of “2001: A Space Odyssey.”

In Part One we look at the film’s origins in 1960s New York when Kubrick and Clarke first met. We visit Kubrick’s former penthouse apartment, where the two believed they saw a UFO, and then recall their trip to the 1964 World’s Fair. We explore the unorthodox production and try to discover how “2001” went from opening night bomb to counterculture icon. We’ll hear from effects wizard Doug Trumbull, actor Keir Dullea, film critic Carrie Rickey, "2001" scholars Michael Benson ("Space Odyssey"), Piers Bizony ("The Making of Stanley Kubrick's '2001: A Space Odyssey'") and Jarice Hanson, as well as superfan Tom Hanks, who has seen the movie more than 200 times.