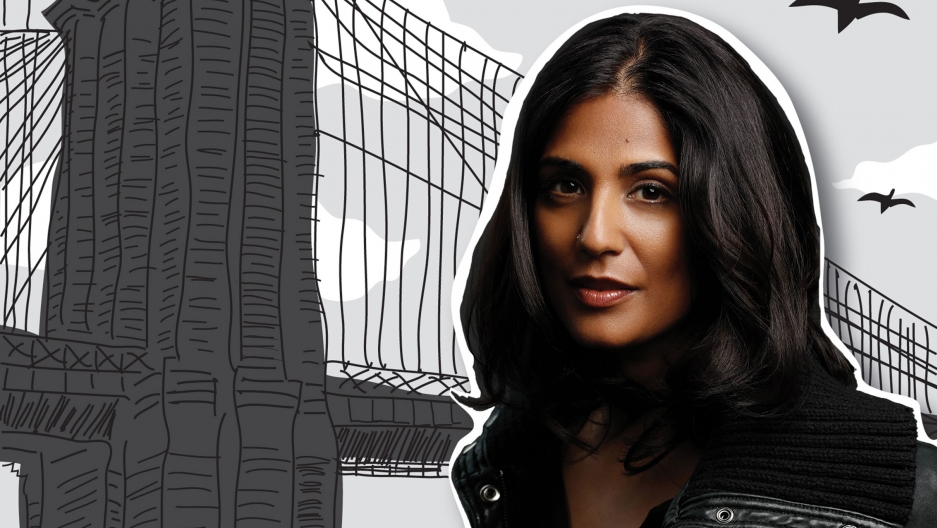 Mira Jacob's "Good Talk: A Memoir in Conversation," explores how her skin color and interracial marriage have influenced her life and that of her young son.

Mira Jacob is an Indian American author whose latest book, "Good Talk: A Memoir in Conversation," explores how her skin color and interracial marriage have influenced her life and that of her young son.

One of Jacob's biggest inspirations for writing the book was her son. His questions on race caused Jacob to reflect deeply on the topic and its impacts.

She spoke with The World's Carol Hills about what she hopes people take away from the book and how her family and readers have reacted to her experiences.

Mira Jacob: As I was writing it, what was happening was that while my son was 6, he was very obsessed with Michael Jackson. We had all of the Michael Jackson albums in his room and he was staring at them. Now, I'm an East Indian woman and I'm brown. My husband is Jewish and white and my son's skin goes somewhere between us. He was staring at them and realizing the obvious thing that we all as adults know, which is that Michael Jackson's skin color changes over time. He was asking me a lot of questions about that.

Carol Hills: What kind of questions was your son asking you about Michael Jackson?

It was this moment where I realized that I had a fundamental communication breakdown but also that these things that I took for granted were going to require a little more thought on my part. Still later he said, kind of out of the blue, in this very sweet little kid voice, "Are white people afraid of brown people?" We were on the subway when he said that and the whole subway car went quiet, which is an unusual thing, as you know. I was sort of calibrating the races of everyone around us, the way they were waiting for me to answer the question, then also the weight of my son's face turned to me and I didn't want to lie to him and I didn't want to tell him the truth either. I ended up saying, "sometimes."

It was the weight of those conversations that led me to write the book.

You, your character, and your son all wrestle not only with being people of color in America but also with the attitudes of your own South Asian family toward color. What are the kinds of things you wrestled with them in terms of their attitudes?

I think one of the things that is well-known in South Asia and somehow less known over here is the idea of what's a good color of skin to have, which is fair. Somebody like me with darker skin is called "dusky." When I went back to India when I was about 5 was the first time that I heard some aunties talking about it and they were saying, "What happened though, the mother is OK, the father is OK, even the boy (my brother) is OK, but the little one, what happened to her?" I had to ask my mom, I wasn't sure what it meant; my mother sort of shrugged it off. She said, "Don't worry about it." My brother said, "Dufus, it means that you're dark." That was the first time I realized I'm different than my family. My father said this thing that I think he meant very sweetly when I was asking him about it and he said, "Oh, don't worry about what the aunties say, you're a pretty girl." When he said that I thought, "Oh, dark means ugly."

In some ways, there's a parallel between your son asking you questions and you asking your own parents questions.

Very much so. I think a lot of what happened for many people like me was that there was a set of assumptions we had about this America that we were going to get to as a nation. This promise of getting better every year and figuring this out. I remember thinking when I was a kid that by the time I'm an adult all the ways in which I feel like an outsider are going to go away and we will have grown past this. I really had to come to grips with that fantasy I had. 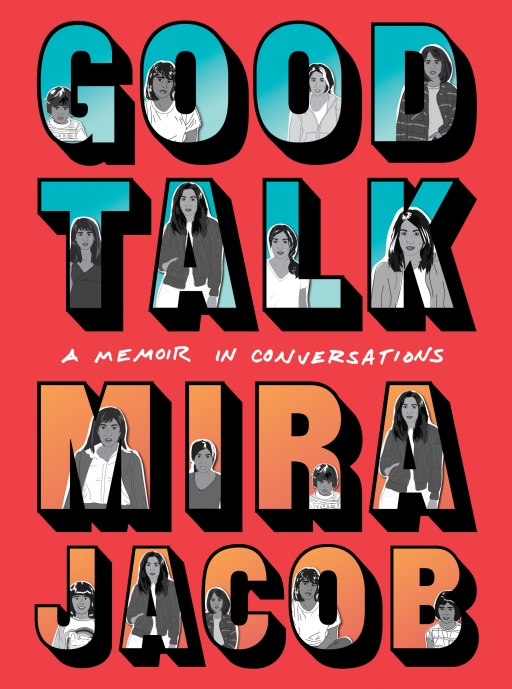 You encounter similar but different contextual attitudes with your in-laws and their friends. Tell us what happened at a party you were at that your mother in law was giving?

My mother-in-law is a great party giver. She threw a "bark mitzvah" for the family dog. There were little tallits (a fringed garment for Jewish males) for the dogs there. It was amazing. I was helping her get ready, I was six months pregnant and a couple of friends came. I let them in and I said, "Can I get you some wine?" And somewhere in the middle of the party when everyone was running around and one of the men handed me his glass and said, "I'll have a little more white please." I took the glass, because I was also helping host, and I went to the kitchen and I thought, "Oh my God, he thinks that I am here as the help." I went back and I gave him his glass and his friends said, "Oh, I'll have a little more too." There's a line that I say in the book which is that I wanted not to take the glass and I thought about not taking the glass and I watched myself take it anyway and I hated myself for doing it. That was painful but telling my mother-in-law about that later was equally painful because her first response was, "That can't be true, that can't be something that's really happening."

Related: How often have you dealt with racism? Her friends' answers surprised her.

Denying your own experience?

Yeah, denying and saying, "I just can't imagine someone doing that to you. Are you sure?" I remember just having to weigh out, "Do I tell her? Do I say no, this is absolutely what happened?" Either way, you lose the white in-laws perception of having an easy relationship with you, something that's a joy to navigate or you lose a little bit of yourself when you know that you're hiding that part because it's inconvenient for them.

"America's scary right now. I don't know that it's easy to be anyone, but it's definitely not easy to be a brown woman with a brown boy."

What's been the reaction to "Good Talk?"

I've been really pleasantly surprised. The entire time I was writing this book I was terrified. America's scary right now. I don't know that it's easy to be anyone, but it's definitely not easy to be a brown woman with a brown boy. I've had plenty of harassment online. I have been so gratified by how many people have reached out to me. I think I get 10 letters a day right now from people that say, "This is my story and I'm not Indian and my husband is not Jewish and I'm not this and I'm not that but this is our story." I think it's been really hard for mixed-race families. America has this fantasy that if you're in an interracial relationship then you must understand everything about each other. It's a real kumbaya fantasy that this is the future and it's all love. That's not true.

Any response from your in-laws or your aunties?

It just went out in India, so I'm curious about how they feel. I sent my in-laws the book before it was published and I said, "This is the book I wrote, I hope you see the love in here." They wrote me right away and said, "We read it. Thank you for sending it. We're not ready to talk about it. We love you so much." I think that is the really hard part of this and that's the part that people don't know what to do with. They do love me. They're active Trump supporters. They are still actively building a world for me and my son that does not love us. They love us though and that's the hard part.