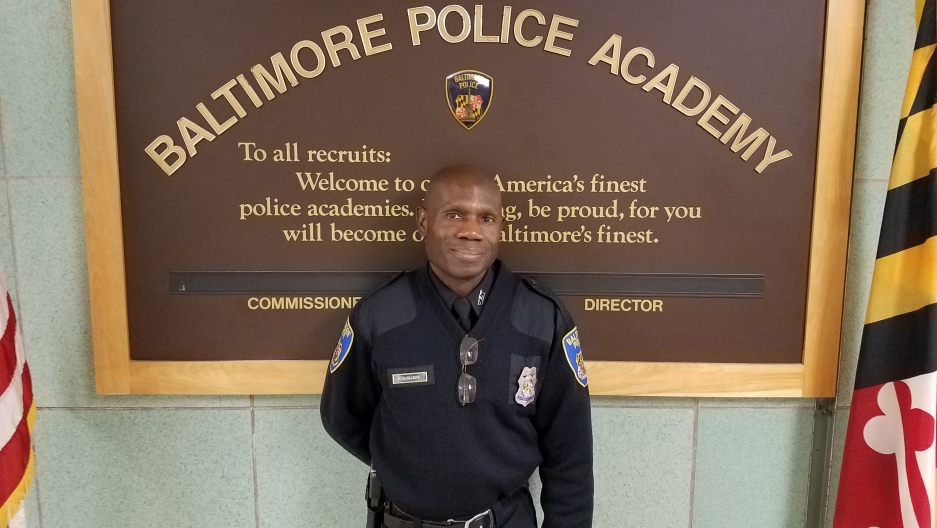 Edward Doyle-Gillespie was on his way to an academic career teaching literature and history when his plans abruptly changed in fall 2001.

“9/11 was my first day of graduate school,” Doyle-Gillespie says. “Like everyone else, I watched it unfold and I thought, ‘OK, I'm going to get that master's degree, I’m going to earn a black belt and I'm going to go protect people from bad guys.’”

Today, Gillespie is still teaching, but not at a university, and the subjects aren’t great books or philosophy. He’s an instructor at Baltimore Police Academy, where he teaches officers about community policing, ethics, and counterterrorism. After 13 years, he’s now a detective on the force, but when he started, he worked the streets as a beat cop.

“I was in a unit a special task force for a Pennsylvania Avenue corridor,” he says. “Pennsylvania Avenue runs through Baltimore City and it runs through some of our very high crime, at risk areas. So you have a lot of poverty, a lot of disrupted families, a lot of narcotics, a lot of health problems. I've been in situations where a person was combative. They were ready to fight a cop. I've been shot at and I've also dealt with people that were just scared.”

Gillespie always found writing stories cathartic, a way to process whatever was going on in his life. But as a police officer witnessing people in the most desperate conditions, he increasingly turned to poetry as a vehicle for understanding and expressing his experiences on the job.

“There are these moments in policing, distilled moments of a word, an image, a smell, a concept, that to me bespeaks of a kind of encapsulated poem right there.”

Gillespie has now published two books of poetry, “Masala Tea and Oranges” and “On the Later Addition of Sancho Panza,” and continues to write outside of his day job at the police academy.

You can watch a video about him by the Baltimore Police Department here: