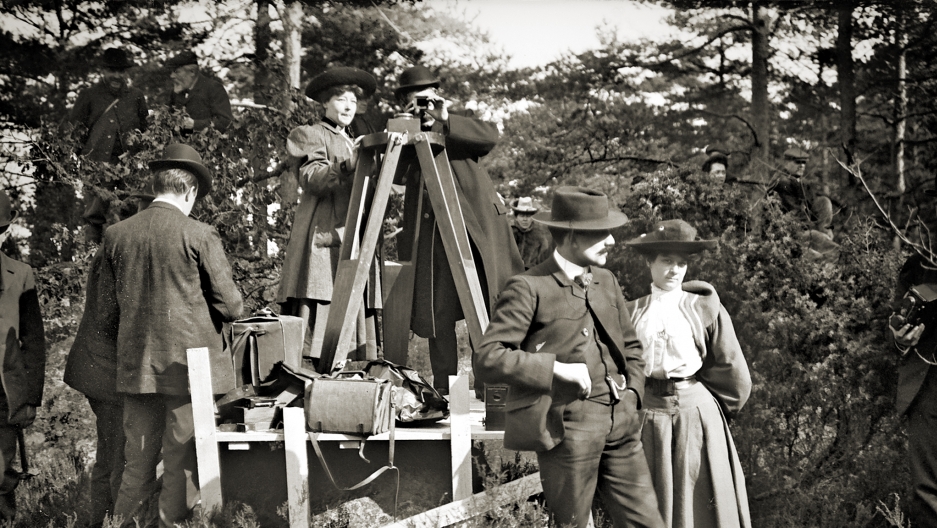 Filmmaker Alice Guy-Blaché (on camera platform behind camera tripod) on set of "The Life of Christ" in Fontainebleau, France, in 1906.

One afternoon in Paris in 1895, a young secretary at the Gaumont Film Company attended a private screening put on by the Lumière brothers to demonstrate the Cinématographe, a camera and projector that paved the way for motion pictures.

The audience was delighted by moving images of trains, oceans and people bustling about on busy Parisian streets.

Related: Four women from history who changed the world

But, that young secretary — Alice Guy-Blaché — thought more could be done with this new invention. She loved theater and knew her way around a camera, so she started experimenting.

Pamela Green is the director of a new film about Guy-Blaché called “Be Natural: The Untold Story of Alice Guy-Blache.” She says Guy-Blaché changed the course of cinema.

“She came up with content just to show what you can do with the technology. But she weaved in storytelling, which was very fresh and new at the time and set up certain grammar points that we use today in cinema. That hasn't changed. It's just evolved.”

“She came up with content just to show what you can do with the technology. But she weaved in storytelling, which was very fresh and new at the time and set up certain grammar points that we use today in cinema. That hasn't changed. It's just evolved,” said Green, who is based in Los Angeles.

The film chronicles Guy-Blaché’s life as probably the first female filmmaker and one of the first to write, direct and produce a narrative film. Jodie Foster, a fluent French speaker, narrates "Be Natural," which also features numerous interviews with Hollywood notables like Ava DuVernay and Geena Davis.

Guy-Blaché was born in Paris after her parents moved there from Chile in the mid-1800s. After her father died, Guy-Blaché applied for a job at the Gaumont film studio. She needed to work to support herself and her mother. She had no idea at the time how important that job would be or how her humble roots would connect with audiences.

“And I think that's what's really special about her is being able to create relatability and have universal stories that still stand the test of time,” Green said.

Guy-Blaché went on to direct thousands of films over a 20-year career. Her first was the popular movie “The Cabbage Fairy.”

The short film (it's under a minute) features a young woman pulling babies from a fantasy cabbage patch. It “references a folk tale regarding the origin of babies, not unlike the delivery stork, and predating Cabbage Patch dolls by about 80 years,” a YouTube page featuring the movie says.

Guy-Blaché pioneered film techniques like the close-up and hand-tinted color, and she used synchronized sound with a device called a Chronophone, which was invented by Léon Gaumont in 1902.

But Green says it’s not just her technical achievements that made her career extraordinary. The profound subject matter she tackled in some of her later works still resonates today. Guy-Blaché made films about religion, feminism and anti-semitism and was one of the first directors to employ an all African American cast.

“She really took social issues to the limit. And I think she got away with it because she did it through this medium that nobody took seriously, so she could express herself that way.”

“And she really took social issues to the limit. And I think she got away with it because she did it through this medium that nobody took seriously, so she could express herself that way,” Green said. 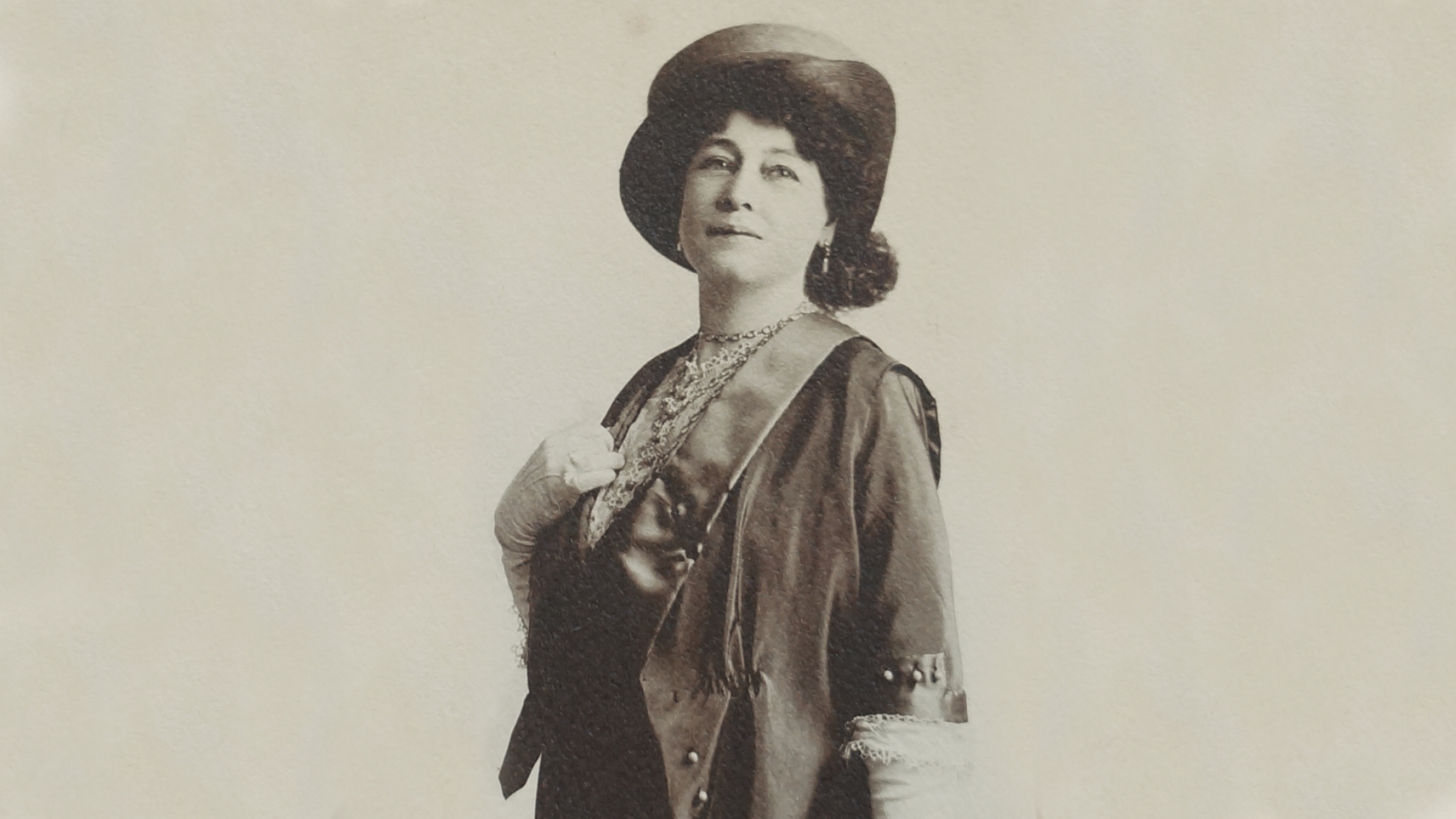 Portrait of filmmaker Alice Guy-Blaché in 1912.

Courtesy of Be Natural Productions

Guy-Blaché wrote and directed “The Making of an American Citizen,” which dates to 1912. It portrays an immigrant couple moving from Eastern Europe to the United States and a husband who had to “deal with his Old World patriarchal values,” Green said, quoting Guy-Blaché. Remember, this was a film shown before women even had the right to vote. Guy-Blaché also directed a film about Margaret Sanger, the founder of the organization that eventually evolved into Planned Parenthood.

Pamela Smoluchowski is the director of the Minneapolis St. Paul International Film Festival, which recently featured Be Natural. She says Guy-Blaché’s films were radical.

“They're so full of courage, but they're also so full of humor. And so, she can tackle these topics that nobody else is really talking about in any kind of depth at the time — and we hardly ever do at this point — with such, kind of, luminosity,” said Smoluchowski at a screening of the film. 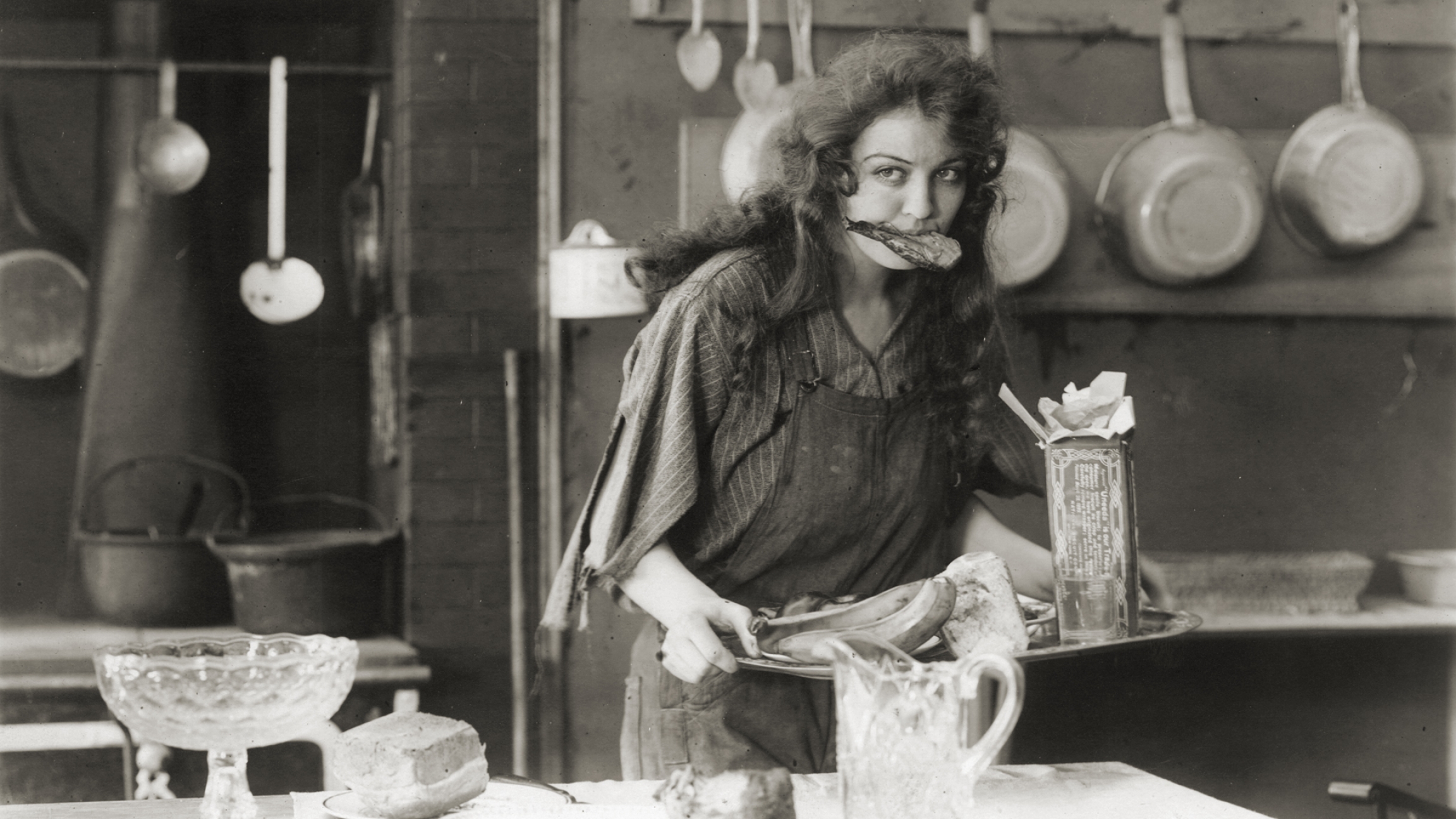 Film still of Doris Kenyon in "The Ocean Waif" (1916), directed by Alice Guy-Blaché.

Before “Be Natural,” Guy-Blaché had been largely forgotten. Many of the Hollywood personalities interviewed in Green’s documentary admitted they had never heard of her. She made hundreds of films throughout her 20-year career, but a lot of them were lost and some were even wrongly credited to male filmmakers. So, when Green set out to make this documentary, she wanted to set the record straight and to advance Guy-Blaché’s story.

“I wanted to find new material because I felt that that would validate some of the points that were missing about her — as a person, and her as an artist, and a filmmaker, as a whole as a creator,” said Green.

To do so, Green says, she became a detective. For starters, she used Guy-Blaché’s address book, housed at the Museum of Modern Art in New York, to track down the relatives of people listed. Green also talked with curators at several museums — one of whom had a recording of a conversation with Guy-Blaché’s daughter. The film shows Green breathlessly trying to get tapes of that conversation turned into digital files.

She says that over the years, male film critics largely left Guy-Blaché out of the history books. She wanted to change that. It took her a decade to make the documentary, but she kept on going.

Now, "Be Natural" continues to make the rounds at film festivals across the US and in Canada and Portugal. (See a schedule here.)