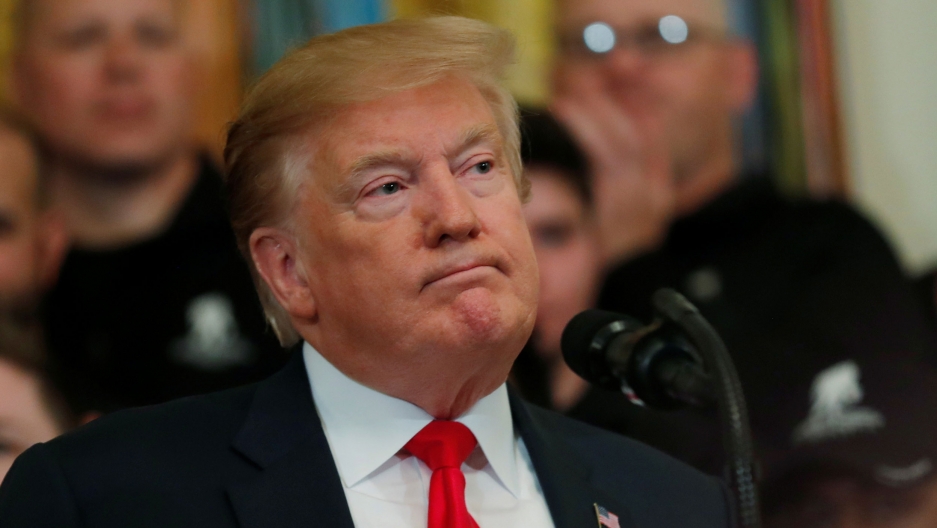 President Donald Trump reacts at an event in the East Room of the White House, April 18, 2019.

A redacted version of Special Counsel Robert Mueller's 448-page report on his inquiry into Russia's role in the 2016 US election was released on Thursday. The report details a series of actions by President Donald Trump to impede the probe, raising questions about whether he committed the crime of obstruction of justice.

The report that disclosed the findings of a 22-month investigation represented a watershed moment in Trump's tumultuous presidency.

Mueller did not make a conclusion on whether Trump, whose presidency has been overshadowed by the Russia investigation, had committed obstruction of justice but did not exonerate him either. 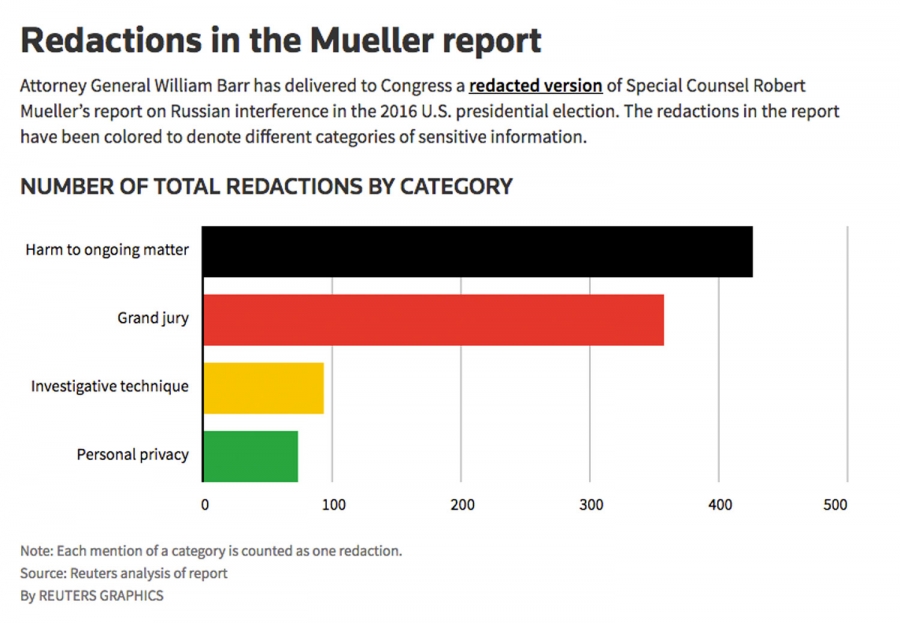 The report provided fresh details of how the Republican president tried to force Mueller's ouster, directed members of his administration to publicly vouch for his innocence and dangled a pardon to a former aide to try to prevent him from cooperating with the special counsel.

It also concluded, as Barr announced last month, that Trump and his campaign had not engaged in a criminal conspiracy with Russia during the election.

Barr in March concluded that Trump had not broken the law, but told a news conference on Thursday that Mueller had detailed "10 episodes involving the president and discusses potential legal theories for connecting these actions to elements of an obstruction offense."

Trump appeared to be in a celebratory mood, saying at a White House event with wounded US troops that he was "having a good day" following the report's release, adding, "It's called no collusion, no obstruction."

The report's disclosure, with portions blacked out by Barr to protect some sensitive information, is certain to launch a new political fight in Congress and on the 2020 presidential campaign trail, as Trump seeks re-election in a deeply divided country.

Trump has long described Mueller's inquiry as a "witch hunt."

The report stated that when Jeff Sessions, Barr's predecessor as attorney general, told Trump in May 2017 that a special counsel was being appointed by the Justice Department to look into allegations that the Republican's campaign colluded with Russia, Trump slumped back in his chair and said, "Oh my god. This is terrible. This is the end of my presidency. I'm fucked."

Some Democrats in the House of Representatives have spoken of launching impeachment proceedings against Trump in Congress but top Democrats have been notably cautious. Any such effort would be unlikely to be successful because Trump fellow Republicans controls the Senate, which would decide the president's fate.

The inquiry laid bare what the special counsel and US intelligence agencies have described as a Russian campaign of hacking and propaganda to sow discord in the United States, denigrate 2016 Democratic candidate Hillary Clinton and boost Trump, the Kremlin's preferred candidate. Russia has denied election interference. 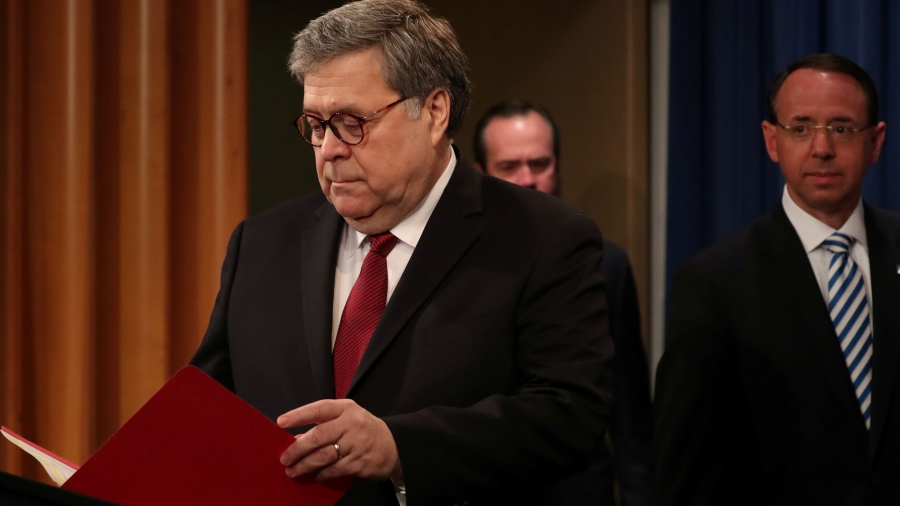 In analyzing whether Trump obstructed justice, Mueller looked at a series of actions by Trump, including his attempts to remove Mueller and limit the scope of his probe and efforts to prevent the public from knowing about a June, 2016 meeting at Trump Tower in New York between senior campaign officials and Russians.

In June 2017, Trump directed White House counsel Don McGahn to tell the then-acting attorney general that Mueller had conflicts of interest and must be removed, the report said.

It also said there was "substantial evidence" that Trump fired James Comey as FBI director in 2017 due to his "unwillingness to publicly state that the president was not personally under investigation."

Mueller cited "some evidence" suggesting Trump knew about former national security adviser Michael Flynn's controversial calls with the Russian ambassador to the United States before Trump took office, but evidence was "inconclusive" and could not be used to establish intent to obstruct.

Before the report's release, Barr gave a news conference at the Justice Department as he sought to shape the narrative on the document's findings.

One of a handful of people to have seen the report before its release, Barr emphasized, as he had said last month, that Mueller did not conclude there was collusion between Trump's campaign and Moscow.

"President Trump faced an unprecedented situation. As he entered into office and sought to perform his responsibilities as president, federal agents and prosecutors were scrutinizing his conduct before and after taking office and the conduct of some of his associates," Barr said.

Barr seemed to offer cover for Trump's actions by saying the report acknowledges that "there is substantial evidence to show that the president was frustrated and angered by a sincere belief that the investigation was undermining his presidency, propelled by his political opponents, and fueled by illegal leaks."

Mueller's team did not issue a subpoena to force Trump to give an interview to the special counsel because it would have created a "substantial delay" at a late stage in the investigation, the report said.

It said Mueller accepted the longstanding Justice Department view that a sitting president cannot be indicted on criminal charges, while still recognizing that a president can be criminally investigated.

The report also cited Trump's repeated efforts to convince Sessions to resume oversight of the probe after he had recused himself because of his own prior contacts with Russia's ambassador to the United States.

Mueller said evidence he collected indicates that Trump intended to encourage his former campaign chairman, Paul Manafort, not to cooperate with the investigation and that the evidence supports the idea that Trump wanted Manafort to believe that he could receive a presidential pardon.

The report said the special counsel's team determined there was a "reasonable argument" that the president's son, Donald Trump Jr., violated campaign finance laws, but did not believe they could obtain a conviction.