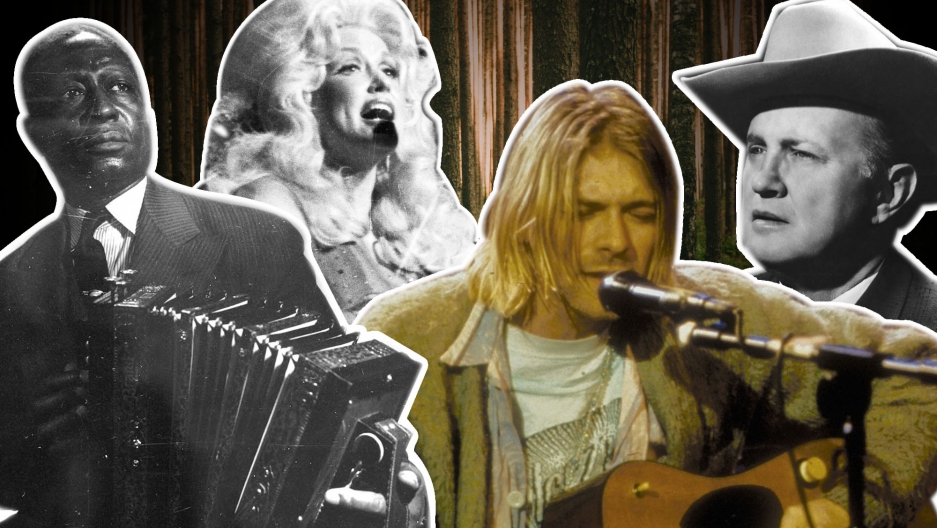 A song of unknown origins that goes by many names but has influenced generations of musicians.

“I always had an attraction to the mystery of the song,” the singer-songwriter Bill Callahan says of “In the Pines.”

It's an old folk murder ballad of unknown origins that goes by many names, including "In the Pines," “Where Did You Sleep Last Night” and “Black Girl.” But it’s also a song that has touched and influenced generations of musicians, from folk and country to blues and rock, to grunge and roots.

When Kurt Cobain and Nirvana played it on their “MTV Unplugged” special in November 1993, they introduced the old song to an entirely new audience who had probably never heard it before.

Today, there are more than 200 variations of the song sung over the better part of a century. With the help of Eric Weisbard, music critic and professor of American studies at the University of Alabama, and Elizabeth DiSavino, author and professor of music at Berea College, and musicians like Bill Callahan and Fantastic Negrito, we explore the long, rich musical and social history of this great old American song — before, and after, Kurt Cobain and Nirvana took a turn at making it theirs.

“I tend to think of a song like this that changes in everyone’s mouth and over time,” Callahan says, “I see it like an oracle. It must be passed.”

Listen to a playlist of just some of the versions of "In the Pines."

Check out a massive timeline of “In the Pines” covers. If we have missed any favorites of yours, send the artist, song title, album name and year to incoming@studio360.org.