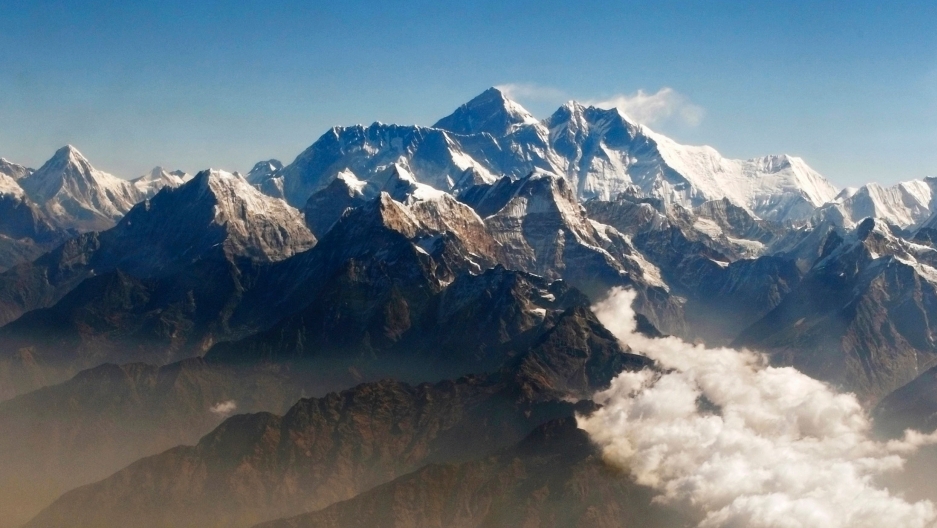 Mount Everest, the world highest peak, is seen from the air during a mountain flight from Kathmandu, Nepal.

It won’t be the first time that Cory Richards and Esteban “Topo” Mena climb Everest. In fact, both climbers have reached the top of the world multiple times.

But this Everest climbing season, Richards and Mena are on their way to chart a new course up Everest with no oxygen, ropes or guides. If they are successful, they will establish the first new route on Everest in a decade.

Richards, 37, is an American photographer and explorer with three Everest summits. Mena, 30, is an accomplished Ecuadorian climber and mountain guide who at 19 became the youngest person to do one of the most difficult climbs in South America: Aconcagua’s south face.

Related: Almost no one goes up Mount Everest — without a Sherpa

Now, as a team, they will attempt to climb a steep gully up the northeast face of Everest that has never been attempted before. The route rises from Advanced Base Camp to the right of the northeast ridge, the standard climbing route from this side of the mountain.

"This is a very obvious [couloir] that leads straight from Advanced Base Camp all the way up to roughly 27,000 feet. And then our line will follow the ridge to the summit from there," Richards says.

Beyond the physical conditioning and technical climbing ability involved in this attempt, Richards and Mena said they must rely on each other to conquer the summit safely and get back home unharmed. This is why they both recognize the importance of teamwork and good communication.

Related: Mount Everest has a problem — with poop

For Mena, the key to a strong partnership is to build trust so they can together endure the difficulties posed by weather, physical exhaustion and challenging terrain.

"It is a matter trusting each other,” Mena says. “I really know that I'm going to climb the road with someone that I can trust my life on, and that's what makes a team, ultimately."

It’s game time! We have been preparing this trip for one year and it’s finally happening. The photo resumes what last week was all about: getting all the gear ready and geeking for the last time about our route before we stand face to face with it! We already left home and got to #Lhasa, now we have a couple days of traveling thru the tibetan plateau until base camp. I’m so stoked and grateful that @ladzinski and @erichroepke (thanks for the photo 😬) came along to document our journey into the unknown. #everest2019

Richards and Mena both are seasoned mountain climbers with many first-ever ascents on their resumes. Between them, they have summited Everest six times.

"It's all about the connection with the mountain,” Mena says. “Since ancient times people have been getting to the top of things. So, it's just this feeling of being driven to go somewhere that is wild, that is hard, that is going to require the best out of you, and be connected with something that you don't really understand but just pushes you to give the best you have."

For Richards, too, climbing goes beyond the physical accomplishments. He says climbing has personally helped him built a platform to speak about things that are meaningful to him.

"What I'm very, very passionate about, because of my own history, is mental health," Richards says. "I do struggle personally with bipolar disorder and major depression and climbing has been a way to find some sort of meaning in my in my own life, especially when I was younger and searching for that." 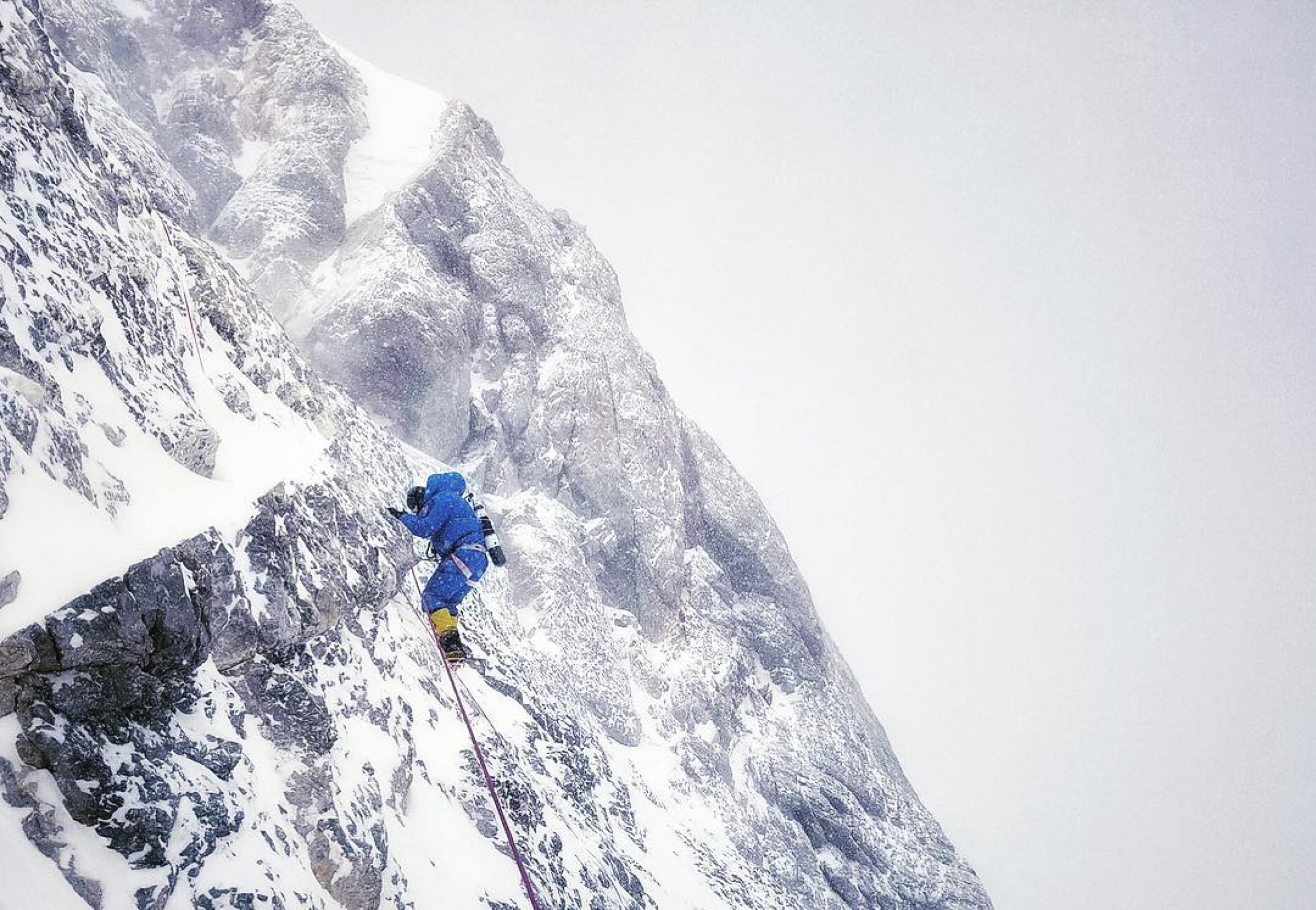 Cory Richards seen here while climbing the final summit pyramid on Everest’s North Side on a previous expedition.

Richards and Mena began the trip to Everest on April 11. They are accompanied by National Geographic photographer Keith Ladzinski.

The best-case scenario is that they will reach the summit and set a new course.

“We just don't die,” Richards says. “There's these three tenets of climbing and they are, in order: you come home, you come home friends, and you go to the top. If you do those three things, that is successful in that order.”