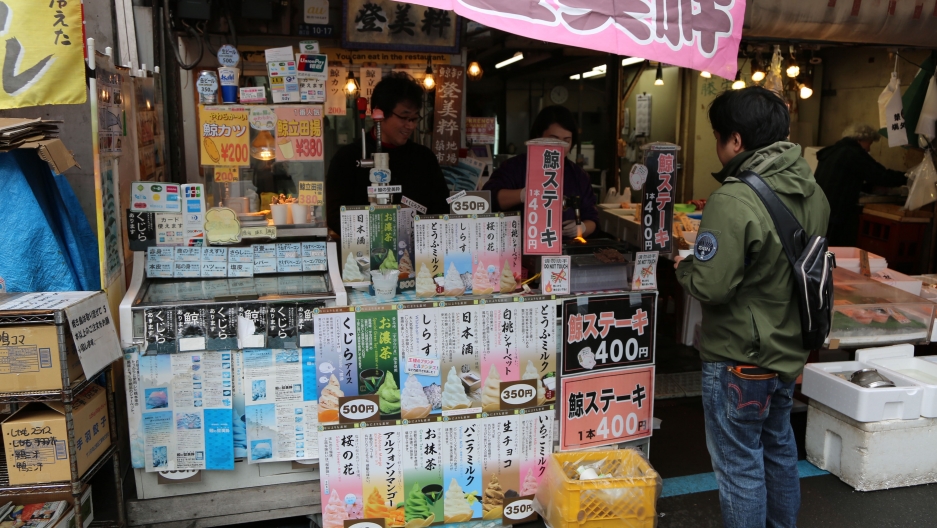 Kujira no Tomisui, a whale restaurant at the Tsukiji Fish Market in Tokyo, has a stand out front and a sit-down restaurant in the back.

Tsukiji Fish Market in Tokyo sells every kind of seafood imaginable — including whale. A restaurant there, Kujira no Tomisui, sells the meat cooked various ways: fried, grilled, bacon-style, even sprinkled on ice cream.

Many of the restaurant's customers remember eating whale as children, including one man in his 50s who says he had it in school, stir-fried with ketchup. He didn’t like the taste much, but enjoyed learning how important whaling was to Japanese culture.

The Japanese have whaled for centuries, but consumption of whale meat peaked after World War II. The country was devastated and food was scarce, so American occupation authorities urged the Japanese to eat more whale as a cheap source of protein. For the next decade or so, half of all protein in the Japanese diet was whale meat. Today, it’s much less: People eat only about 40 grams a year per capita, about the size of a slice of ham.

“I barely eat it, almost never,” a woman in her 60s at the whale restaurant said. She says she decided to have it today because the taste reminds her of childhood.

Under international rules, Japan can hunt whales that aren’t endangered for scientific research, but the meat is sold commercially and there’s a huge surplus of it stored frozen in warehouses across the country. In January, the stockpile reached 3,700 tons, according to Junko Sakuma, a researcher at Rikkyo University. The meat still sometimes shows up in school lunches, and the whaling industry has tried to boost consumer demand with nostalgic ads aimed at older people; however, it hasn’t had much impact. 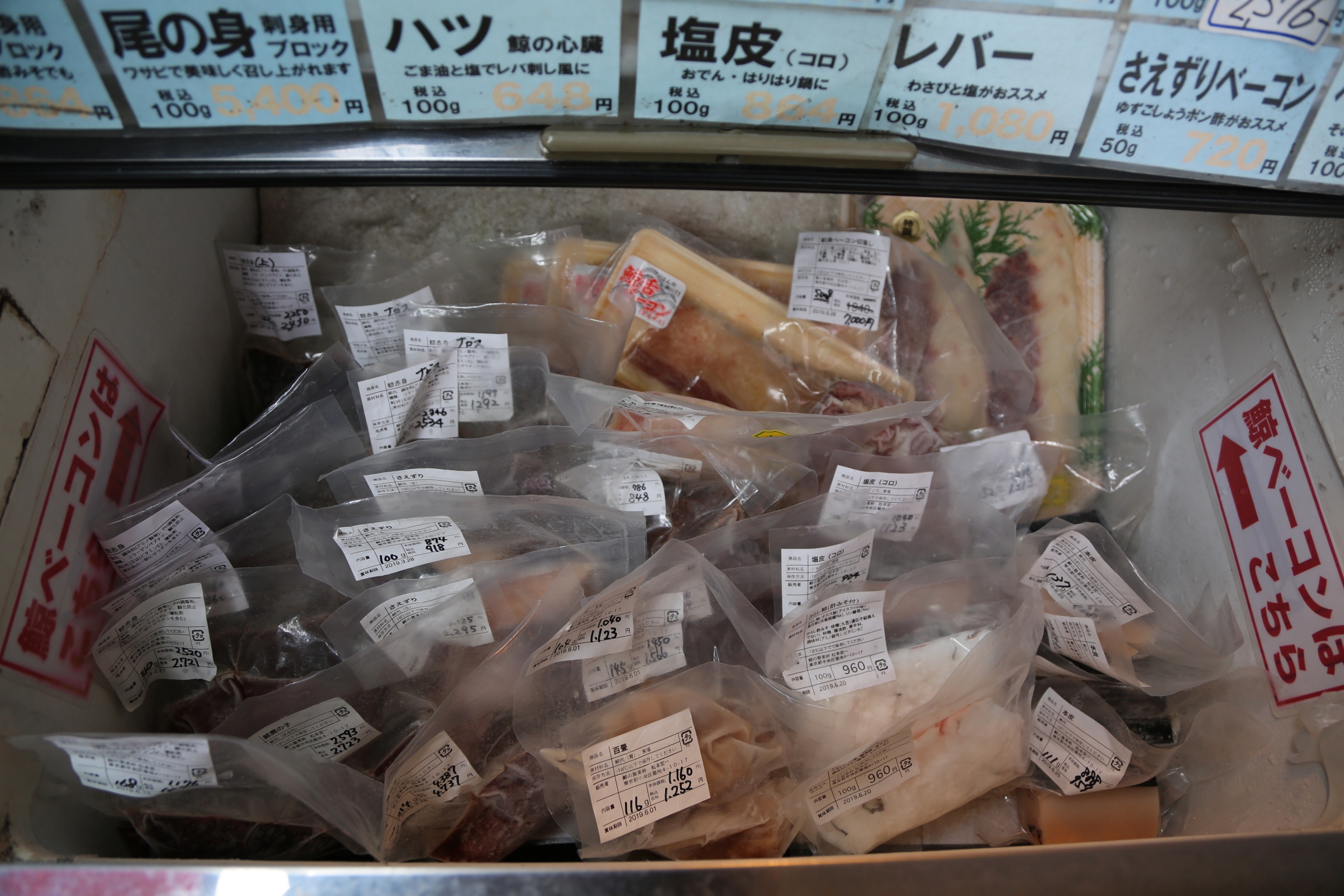 Tsukiji Fish Market in Tokyo sells every kind of seafood imaginable — including whale.

Still, Prime Minister Shinzō Abe’s government continues to support whaling, to the tune of nearly $50 million this year. The secretary general of Abe’s party, Toshihiro Nikai, even gave interviews from the government cafeteria, dining on whale curry and saying, “It was excellent; I’ve never eaten such delicious curry. We must spread the idea throughout Japan that whale meat is something we can’t do without.”

Then late last year, the government announced Japan would pull out of the International Whaling Commission, the body that regulates whaling, and resume commercial whaling in July.

Related: How pop music helped save the whales

So, with all the criticism Japan gets for hunting whales and the fact that very few people here even eat it, why is the country so committed to whaling? 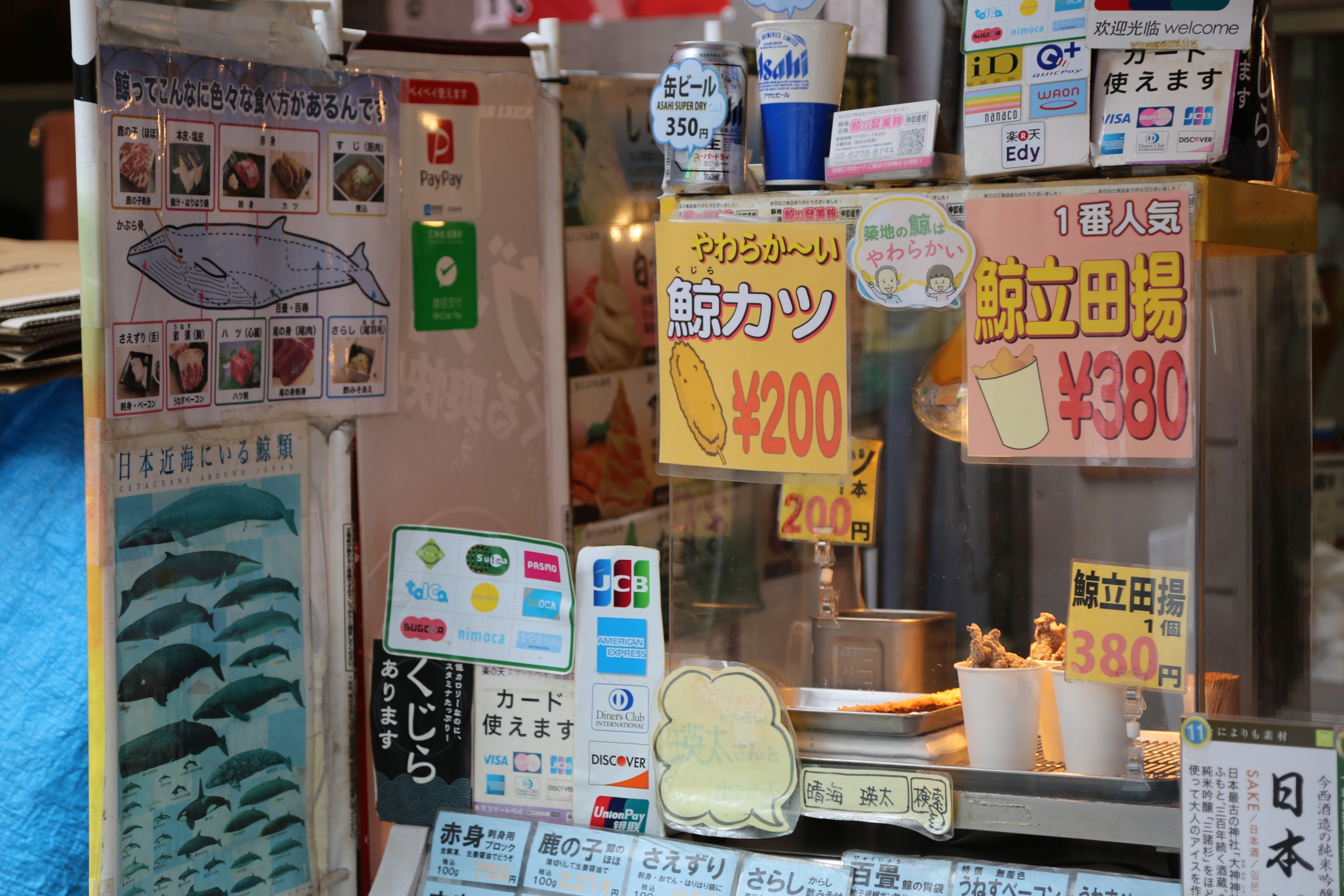 At Tsukiji Market, many customers say they hardly ever eat whale, but they still want to protect Japan’s whaling culture.

“In Japan, the whale-eating issue is a symbol of respect for different cultures. And many people in Japan think it's not right for people from outside to impose food culture on other places,” said Joji Morishita, who negotiated Japan’s upcoming withdrawal from the International Whaling Commission.

There’s something else going on here, though. Sakuma, the Rikkyo University researcher, says when Japan originally designed its research program back in the 1980s, it was required to tell the commission ahead of time how many whales it would catch.

“Japan would go to the International Whaling Commission with a long-term target, like they’d say they’d catch a hundred whales a year. But because it’s supposedly for research, they couldn’t reduce the number of whales they caught, even if consumption declined.”

When Japan resumes commercial whaling, it’s actually expected to kill fewer whales. And in fact, the anti-whaling group Sea Shepherd called it a positive development. The group’s boats frequently tried to stop Japan’s whale hunts, and Sakuma says that may have had an unintended effect.

“The ironic thing is that Sea Shepherd’s activities actually seem to increase Japanese support for whaling. There’s this feeling about them like, ‘Here are these Westerners coming to Japan and telling us our culture is wrong.’” 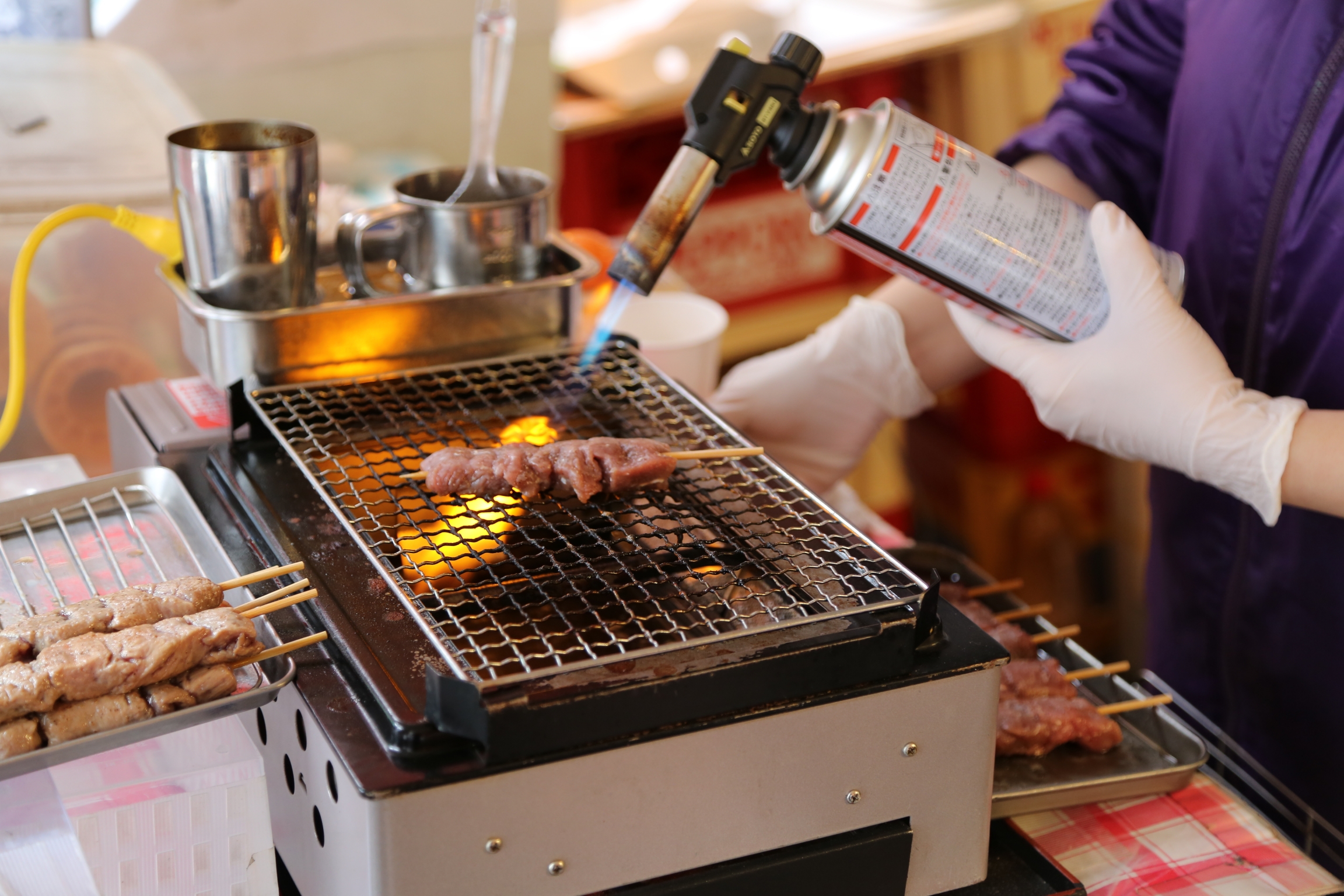 In a survey, Sakuma found that 70% of Japanese are pro-whaling; it’s a point of national pride. When Japan announced it would leave the international commission, Sakuma says politicians were all over the news hailing it as a victory for whaling culture.

Back at Tsukiji Market, many customers say they hardly ever eat whale, but they still want to protect Japan’s whaling culture. Koichi Matsumoto, who owns the whale restaurant, welcomes that sentiment, but doesn’t expect the change to commercial whaling to have much impact on people’s eating habits.

“Consumption is already so low, it’s not suddenly going to skyrocket.”

Still, he’s hopeful that with the right kind of marketing, people might even double their consumption of whale; in other words, go from eating the size of roughly one slice of deli meat a year to two. 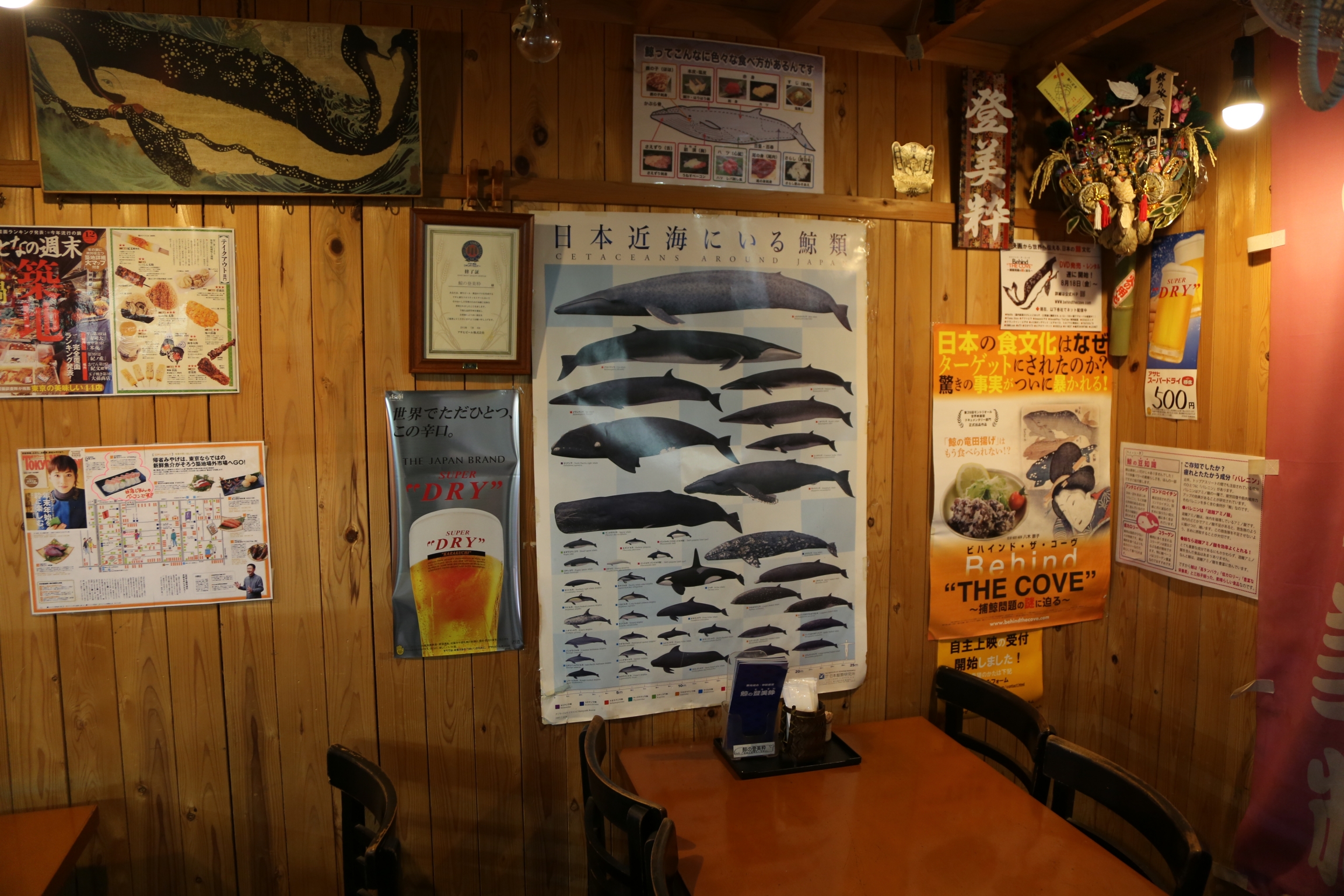 Koichi Matsumoto, who owns the restaurant, Kujira no Tomisui, is hopeful that with the right kind of marketing, people might double their whale consumption.