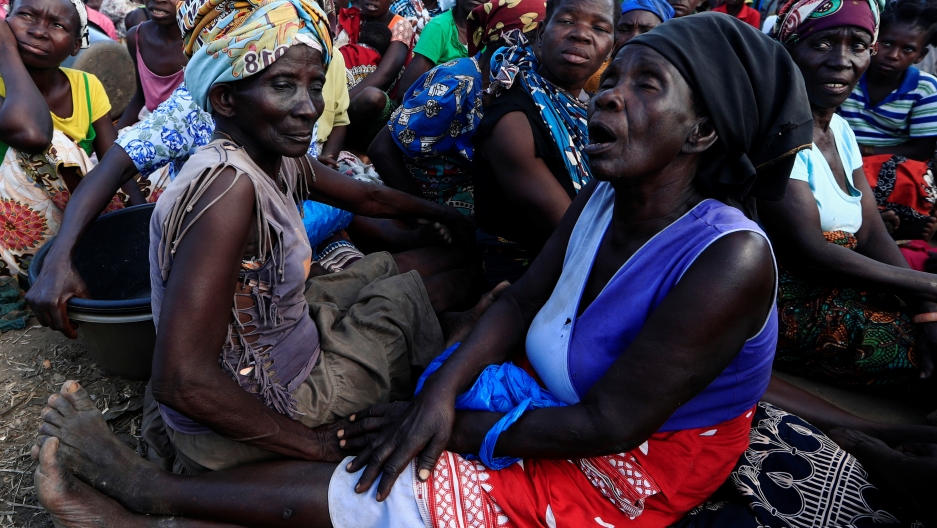 Women wait to receive aid at a camp for the people displaced in the aftermath of Cyclone Idai in John Segredo near Beira, Mozambique, March 31, 2019.

When Cyclone Idai came ashore March 14 in Beira, Mozambique, as a killer Category 3 storm, it almost completely destroyed the coastal city. Floods and winds wrecked the homes and crops of two million people in a region that also includes Malawi and Zimbabwe.

More than 1,000 people died across the three countries, and the World Bank has estimated more than $2 billion will be needed for them to recover.

Mozambique's $337 million humanitarian response plan, largely made up of an appeal for $281 million after the cyclone hit, remained only 23% funded on Monday.

Now officials say a cholera epidemic is surging, with over a thousand cases reported already. The United Nations calls the storm one of the worst natural disasters ever to hit the Southern Hemisphere.

Over the weekend, aid agencies said thousands of people were still completely cut off and warned of the potential for a catastrophic hunger crisis to take hold, especially as aid appeals went largely underfunded.

James Elder, the UNICEF regional chief of communication for eastern and southern Africa who has been in Beira, paints a dire picture of the situation.

“Power lines are still down. Families are still coming to reception centers exhausted and unwell,” he says. “There are still some communities who are trapped. Cattle and livestock are kind of stuck in hard or have already drowned. So, it's a pretty testing scene for people who, let's remember, are pretty used to difficult scenarios, people who are used to adversity and to tackling difficult days.”

Elder says the storm struck a double blow: A “deathly wall of wind” was followed by rain and flooding that “just never stopped" in a region that already had been experiencing poverty and drought.

Based on the empirical climatic evidence, Elder notes, the UN is referring to the event as “the worst climate disaster in two decades.” Elder says anecdotal evidence and his conversations with farmers bear out that the changing climate has worsened conditions for people in the region.

“Whether I'm in the north of Nigeria or southernmost tip in Zimbabwe … farmers who lived on the land for three, four, five decades are making it very clear that they just can't predict seasons anymore. ... This is not a generation of people romanticizing a bygone era. These are people who are very clearly reliant on the land and the climate and they know it extremely well. And they just say now that they cannot predict when to plant and how it will go.”

“Whether I'm in the north of Nigeria or southernmost tip in Zimbabwe … farmers who lived on the land for three, four, five decades are making it very clear that they just can't predict seasons anymore,” he says. “This is not a generation of people romanticizing a bygone era. These are people who are very clearly reliant on the land and the climate and they know it extremely well. And they just say now that they cannot predict when to plant and how it will go.” 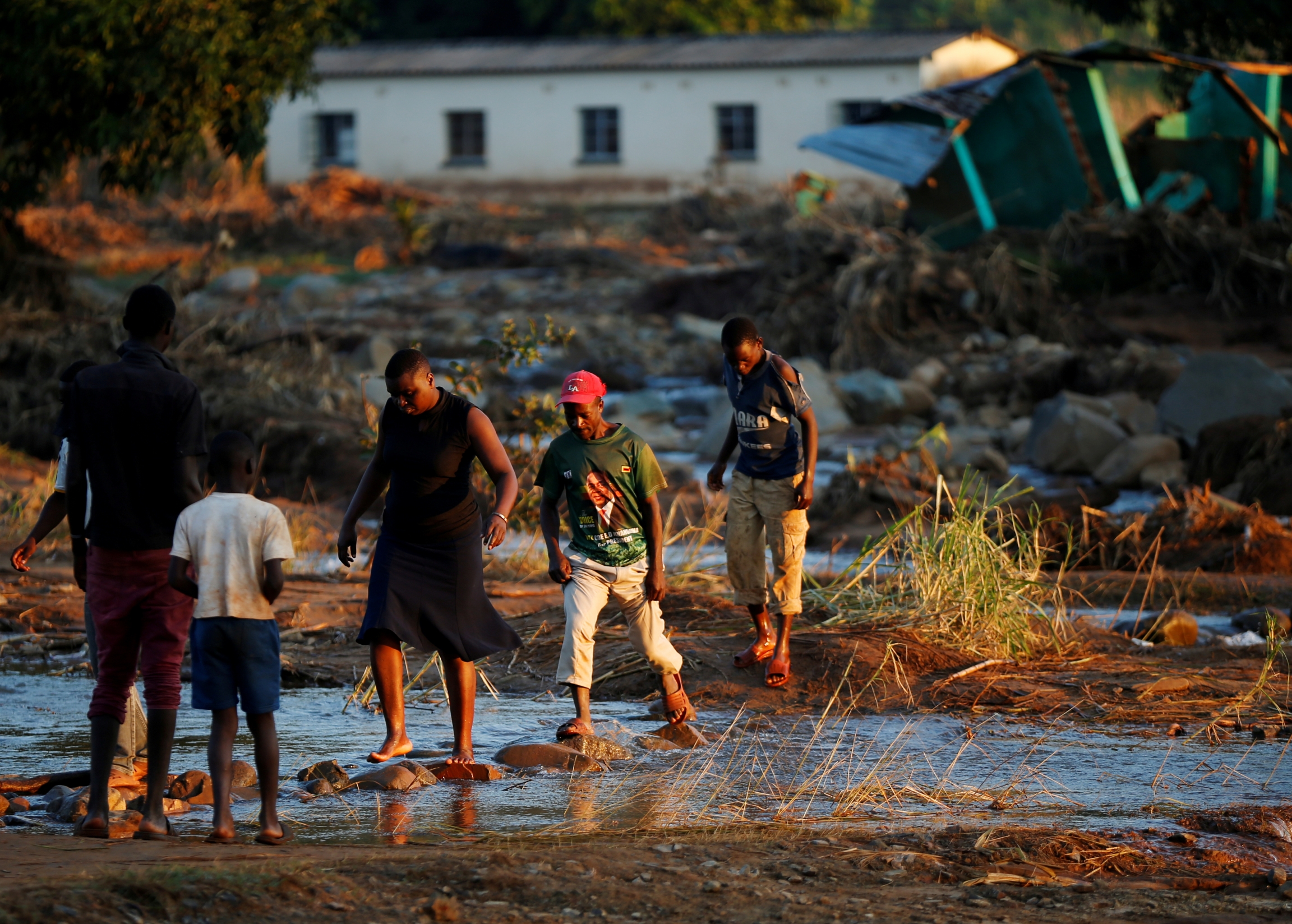 These communities are no stranger to hardship and are accustomed to rebuilding their communities after disasters, Elder points out. “The international press will perpetually paint them as victims, and rightly so when you get climatic disasters like this,” he says, “But when I meet these people and hear their stories, I hear that heroic side. I hear their daily struggle — how people, without comment or whining about it, get on with life and find a way to continually take on these great challenges.”

Nevertheless, if the cycle of storms and droughts worsens, as climate science predicts, in a decade or two, people may have to migrate elsewhere in order to survive. Right now, however, the people of the region need help, and the most immediate need is money.

“Sometimes I feel uncomfortable saying that, but it is,” Elder says. “When we're buying another million vaccines for cholera or trying to rebuild schools or even just trying to get people on the ground so we can repatriate kids who have been separated from families, that costs money. [Any] money people can give, be it the government or be it everyday citizens, is hugely, hugely valuable.”

The UN has also requested $294 million for Zimbabwe, an appeal currently 11% funded. The government has separately asked for $613 million to help with the humanitarian crisis.

“The aid arm of the United States government is always a very big supporter of organizations like my own,” he continues. “UNICEF is 100% donor-funded. There's no magic pool of money. So, on one hand, the United States government can be a big supporter in these environments, [along with] the UN World Food Program and their essential airdrops. But also, just moms and dads. Their support to UNICEF USA is absolutely critical. At this point, I can't understate that.”

Over the long term, the US should also offer leadership, Elder says. In eastern and southern Africa, people continue to look to the US for a kind of leadership, which now includes action on mitigating the consequences of climate change.

“We know that climate change isn't emanating from the people in eastern and southern Africa,” he says. “They are not part of it. The leadership that comes from people in US, the leadership telling the rest of the G20 and the OECD [Organization for Economic Cooperation and Development] and the rich world about the need for reduction in emissions, the need for people to change behaviors, is incredibly important and has an incredibly important impact on the moms and dads and kids who I just so recently saw trying to rebuild after this disaster in Mozambique.”