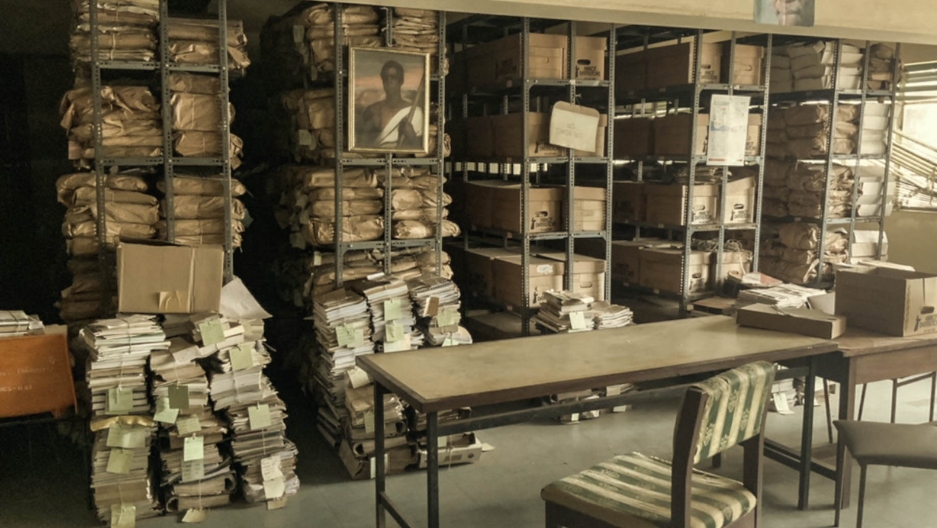 “That is how it is done,” he laughed.

When Koroma started at the archives in 2004, Sierra Leone was emerging from civil war. He was fresh out of high school and his parents had died, so he needed the small salary badly. And the archives fascinated Koroma. They date back to the first treaty regional leaders made with British colonists in 1788. After Britain outlawed participation in the slave trade in 1807, British administrators in colonial Sierra Leone filled books with descriptions of each liberated African.

“Most times when I’m in the archives alone, I think I want to be a professor, and I will start writing books.”

“Most times when I’m in the archives alone, I think I want to be a professor, and I will start writing books,” Koroma said.

Instead, in his 15 years at the archives, Koroma has helped many other professors and researchers with their work. They began coming in droves from all over the globe in the 2000s, when they realized technology had become cheap and accessible enough to digitize documents and put information into databases. Those databases and many others about the historic slave trade will soon be publicly accessible for the first time, in one place. That may revolutionize the way the history of slavery is learned and taught here and abroad, and allow African descendants more insight into their family histories.

“So much of them were coming,” said Koroma, speaking of the influx of researchers at the archives.

There was one basic question many researchers wanted to answer first. For a long time, historians struggled to estimate the size of the trans-Atlantic slave trade. So, the first big database they put together was meant to reveal an answer, and it did: It’s estimated that at least 12.5 million people were abducted from Africa and sold as slaves between 1500 and 1875. As many as 10.7 million survived the dangerous passage on slave ships.

“Inevitably, if you're descended from one of the 10.7 million people who survived the Middle Passage, there's going to be a point where there is no more data.”

“Inevitably, if you're descended from one of the 10.7 million people who survived the Middle Passage, there's going to be a point where there is no more data,” said Katrina Keefer, an adjunct professor of history and cultural studies at Canada’s Trent University. 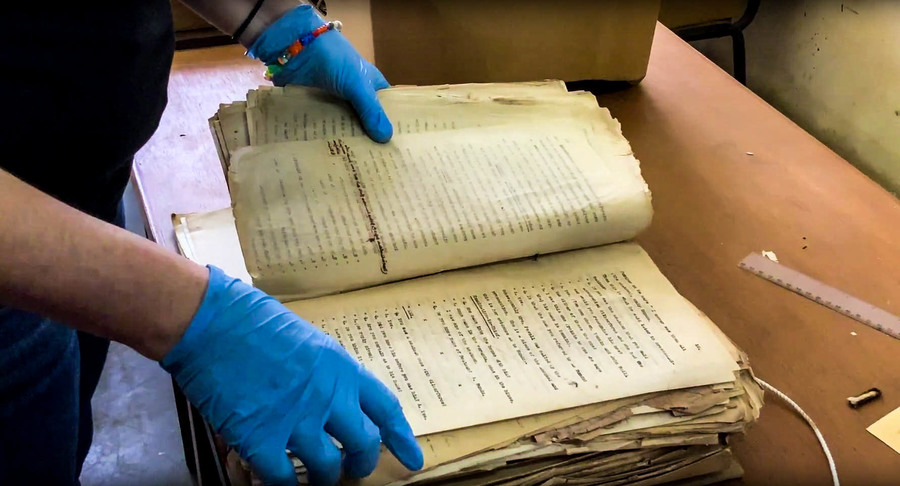 She says that’s what academics wanted to know next — how to trace enslaved Africans back to their home village or tribe. Keefer recalls thinking about that when she was in graduate school: If researchers could discover where enslaved Africans came from, their descendants wouldn’t have to have a family history that began with slavery.

“And I remember sitting in a classroom and thinking, ‘but the answer’s right there,’” Keefer said. “‘It’s literally right there on people’s faces.’”

During a teenage obsession with dressing Goth, Keefer had developed a fascination with the physical ways people mark themselves to show identity. That led her to see something others didn’t when she looked at colonial British records. Their descriptions in many cases include drawings of facial scars made by Africans to show their origins and identities, which after they were enslaved, served to represent where they came from — what village or ethnic group. The markings were often a series of straight lines of different lengths and patterns across the face and neck.

“Initially, people kind of blinked at me. There was a lot of ‘well yes, of course,’” she said. “‘Oh, we never thought of that.’”

Keefer is using information in the Sierra Leone archives to develop a computer program that can recognize and catalog the scars.

“We're hoping to essentially allow people to feel a greater connection to their ancestors and a greater realization of what their true origins are.”

“We're hoping to essentially allow people to feel a greater connection to their ancestors and a greater realization of what their true origins are,” she said.

But then again, a scar can only tell you so much.

“Any one data point like a scar is great,” said Dean Rehberger, director of Matrix: The Center for Digital Humanities and Social Sciences at Michigan State University. “But it's only one data point.”

That’s why the scar database is meant to feed into a massive, new information hub created by Rehberger and his team with a $1.5 million grant from The Andrew W. Mellon Foundation.

“In doing the project, we found a number of institutions and places that are holding data that people don't even know about,” Rehberger said.

The project — named Enslaved — will attempt to gather research about historic slavery in one place. Until now, much of that information has only been in books or museums, or scattered in corners of the internet in different languages, hidden behind broken links. The Enslaved project is standardizing all that information, so it’ll be searchable and accessible.

“We're coming right at the point where we can actually take literally billions of records and put them together in the same home — what we're calling a hub and then be able to search over them,” Rehberger said.

The project goes online in 2020, with three interfaces: one, the Enslaved Hub for searching the data and visualizing; the second, the Enslaved Publishing Platform for academics and the public to contribute data and publish data; and the third, called Enslaved Narratives, a selected set of linked, enslaved narratives.

“It's fair to say it's the first time that this could happen at this scale for the amount of funds we have,” Rehberger said. “At the same time, people around the world who are working on this see the real benefit of coming together and working together.” 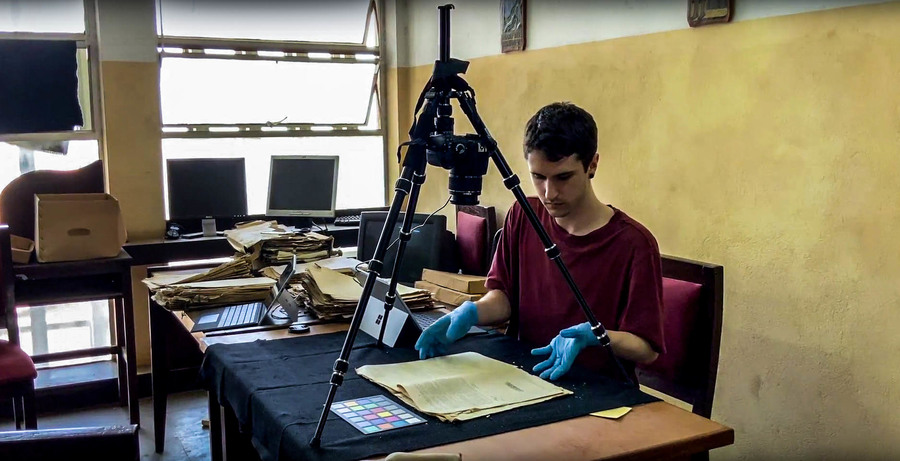 Critics point out that the information being gathered is from the point of view of enslavers and colonialists. But institutions around the world are participating. The Hutchins Center for African and African American Research at Harvard University is contributing a database with details drawn from 1,500 biographies of people who were enslaved or connected to the slave trade. The database draws on essays in three biographical dictionaries edited by Henry Louis Gates Jr. and several others. The books' executive editor, Steven Niven, says previously, the information was behind a paywall.

The Enslaved project is supposed to go online next year, and Niven expects the sudden influx of accessible information to revolutionize the way people learn about slavery and teach it.

“By using biographies, and by using a large number of biographies, we can tell complex stories, local stories, to get a grip of what is hard history — you know, the forced history of 12 million people, and then systematic exploitation for several hundred years in the Americas,” Niven said.

But that’s still just scratching the surface. In Sierra Leone, archivist Koroma says there’s a lot of unexplored history left. History that’s at risk of being lost: the original documents in the Sierra Leone archives are being kept in buildings with broken windows, frequent power failures and no air-conditioning. The papers crumble easily.

“Most of the pages, like if you turn them, they will break,” Koroma said.

Many of the researchers who visit try to help with money for improvements or to digitize the papers. But Koroma feels like those efforts usually just sputter out.

“They will do their best to help the archives. But it’s normally not enough,” he said. “We want to keep these things alive. Because other people have volunteered to keep them alive before us.”

Koroma worries that no one will volunteer to care for the archives after him, since archivists in training earn so little. He believes that for the true history of slavery to survive and be told, the original evidence must be preserved, and protected.