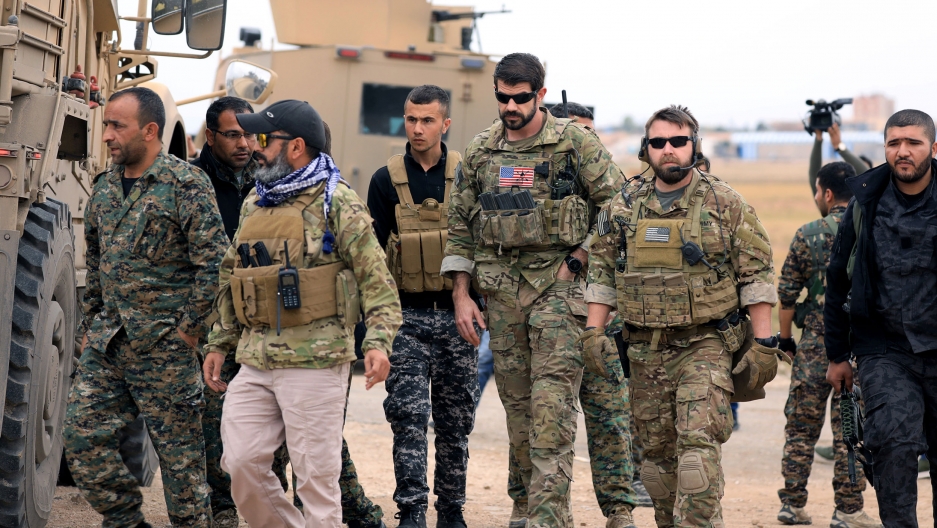 Syrian Democratic Forces and US troops are seen during a patrol near the Turkish border in Hasakah, Syria, Nov. 4, 2018.

Algerian President Abdelaziz Bouteflika has promised to resign by the end of the month. That announcement came after thousands of Algerians took to the streets in March to protest his decision to run for a fifth term.

Social media played a crucial role in those demonstrations, allowing protesters to coordinate the place and time of the mass gatherings.

We do not yet know whether President Bouteflika will keep his promise. Perhaps even more uncertain, will the international community hold him accountable if he does not?

The answer might depend on how active Algerians will be on Twitter. In at least one case, Twitter usage had a dramatic impact abroad during a country’s civil unrest.

My colleague Benjamin T. Jones and I found that during the 2011 Libyan civil war, social media helped convince other countries such as the US to intervene in favor of protesters.

The Libyan civil war exploded in February 2011. Libyan leader Moammar Gadhafi had been in power since 1969, and those who opposed him wanted to implement reforms aimed at reducing government corruption and providing greater political transparency.

Protests began on Feb. 15 in Benghazi and spread to other cities. By Feb. 27, the opposition announced it had organized itself into the National Transitional Council, or the NTC. They claimed to be the true representative of the Libyan people.

A few days later, the NTC established a Twitter account to publicize their version of the conflict.

Up to the civil war, Gadhafi had meticulously controlled most of the communication coming out of Libya. He sought to project an image of the country as a place where political order prevailed and citizens supported him.

Twitter became a powerful instrument to air the rebels’ account of the conflict and present themselves to the international community as a viable — even preferable — alternative to Gadhafi.

our goal is to bring freedom, Justice and democracy to #libya

In our research, we collected data on all the tweets by Libyan rebels. We then used statistical techniques to measure how the rebels’ Twitter feed affected both US behavior toward the Libyan government and relations with the rebels.

We found that messages that denounced Gadhafi’s atrocities against civilians were significantly correlated with the decision of the US to adopt more cooperative behaviors with the rebels — for example, to praise their activities and to agree to meet with them.

Correlation, of course, does not mean causation.

However, even after we accounted for other factors, such as the behavior of the rebels toward Gadhafi and US intelligence on the field, we found that the rebels’ tweets contributed to the US becoming more cooperative with the rebels.

This happened despite the fact that President Barack Obama was reluctant to intervene at the outset of the conflict.

How were they so successful in gaining US support?

Rebels tweeted in English to communicate directly to both US policymaking elites and the broader public. They voiced their support for democracy and human rights while publicizing Gadhafi’s atrocities against civilians.

Examples provided by the rebels included violations of international law by the regime and attacks on civilian homes. Apparently in response and often just a few days later, US officials voiced public support for the rebels’ cause and aims.

In defiance of international law, Colonel Gaddafi’s authorities committed the most serious crimes possible against the Libyan people..#Libya

When elites have access to privileged information — gained, for example, in private, secret meetings — elites will know something that the public will not. In technical terms, that’s known as information asymmetry.

Because the public is not privy to this information, elites cannot use it to justify their foreign policy choices. So elites might make choices that seem arbitrary to the public. This process erodes public support for those policies.

Instead, the fact that rebels could communicate to both rebels and elites at the same time via social media enabled rebels to build a coalition of support that included both elites and the public.

That support turned into intervention. Beginning in March 2011, NATO countries, including the US, staged air and naval strikes against Gadhafi’s forces, who were attacking civilians.

The intervention paved the way for the rebels’ victory. 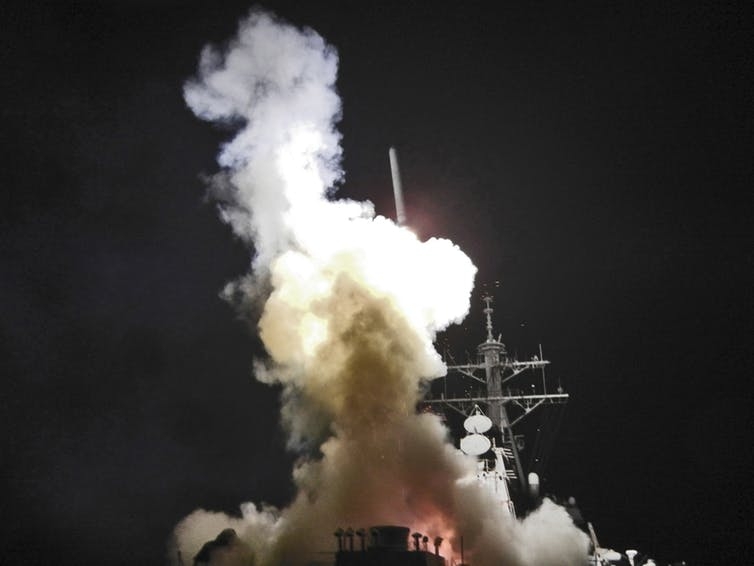 Since Libya’s civil war, the use of social media across the globe to draw attention to foreign crises has only grown stronger.

In 2013, dozens of videos distributed via YouTube documenting a possible chemical attack on Syrian civilians shook the international community. More videos on those attacks have been posted since 2013.

Graphic content: A video distributed by Syrian Civil Defense White Helmets of civilian victims of the Khan Shaykhun chemical attack in Syria in 2017.

Similar attacks happened in April 2018 and were documented on social media. And just like Obama did in 2011 when intervening in Libya, President Trump bypassed Congress when authorizing strikes in Syria in response to such attacks.

This raises the question of whether social media is rushing US leaders to intervene with very little planning for what comes after.

In the process of bypassing Congress, the president had made an important decision on the use of force all alone, without consulting the Congress, as is required by US law.

Here, as with Obama, President Trump was responding to a sense of urgency. Our research suggests that social media helped create that sense; whether it was good policymaking is another question entirely.

Eleonora Mattiacci is an assistant professor of political science at Amherst College.