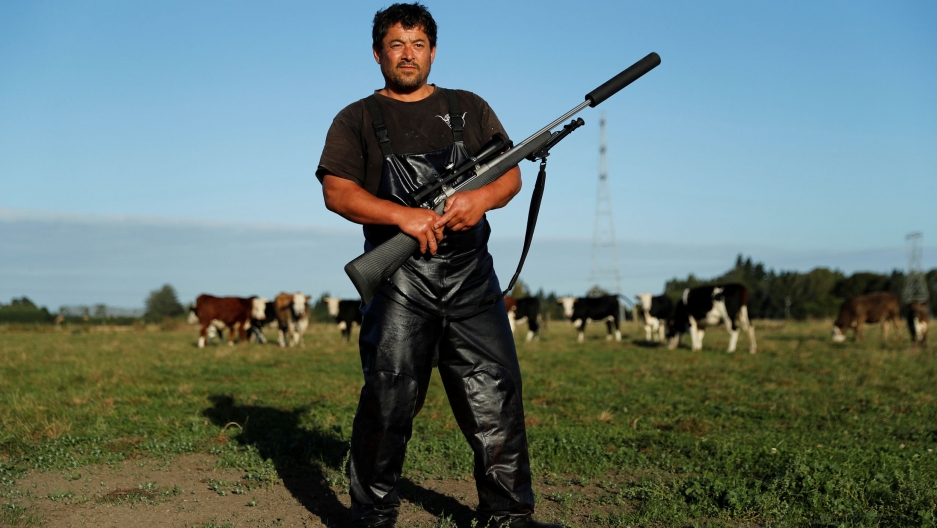 Noel Womersley, from Canterbury Homekill butchery, poses with his Sako 85 hunting rifle at his farm outside Christchurch, New Zealand.

The pre-dawn quiet of New Zealand's South Island is shattered by the crack of a bullet from Noel Womersley's Finnish Tikka T3 rifle, followed by the shot thudding into the skull of a cow he is targeting, one of three.

For 14 years Womersley has worked at "home kill," shooting beasts for small farmers and cutting them up, but tough new gun laws to be adopted after the nation's worst mass murder by a lone gunman will require him to surrender another of his guns. 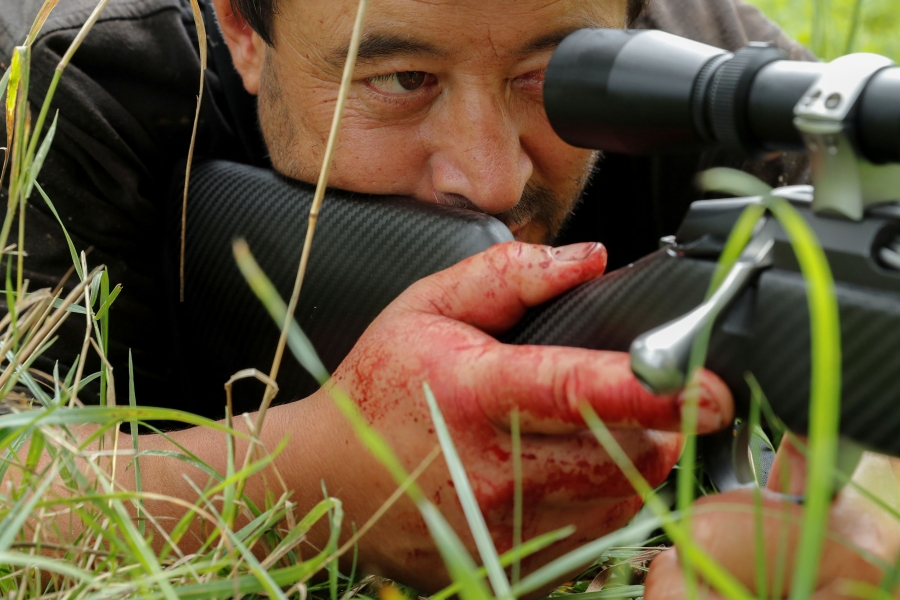 Noel Womersley lies down to shoot a cow with his rifle before butchering it outside Christchurch, New Zealand.

"Guns are a way of life for me, really," says Womersley, 48, who received his first firearm, a .22-calibre rifle, for his 12th birthday, and now hunts with his 15-year-old daughter.

"It's pretty much what I live and breathe. I (shoot) on the weekends for fun and then I do it during the week for a job." 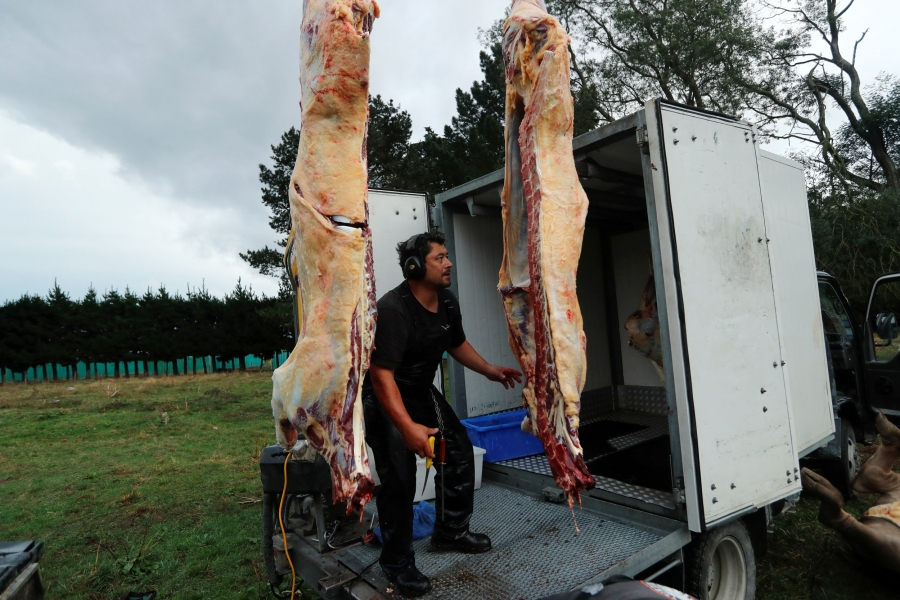 Noel Womersley butchers a cow on a farm outside Christchurch, New Zealand.

As the first beast slumps, he rapidly draws back and pushes forward his riflebolt, firing again and then a third time. In seconds, three cattle are dead on the damp ground. He gathers his knives and begins to cut them up. 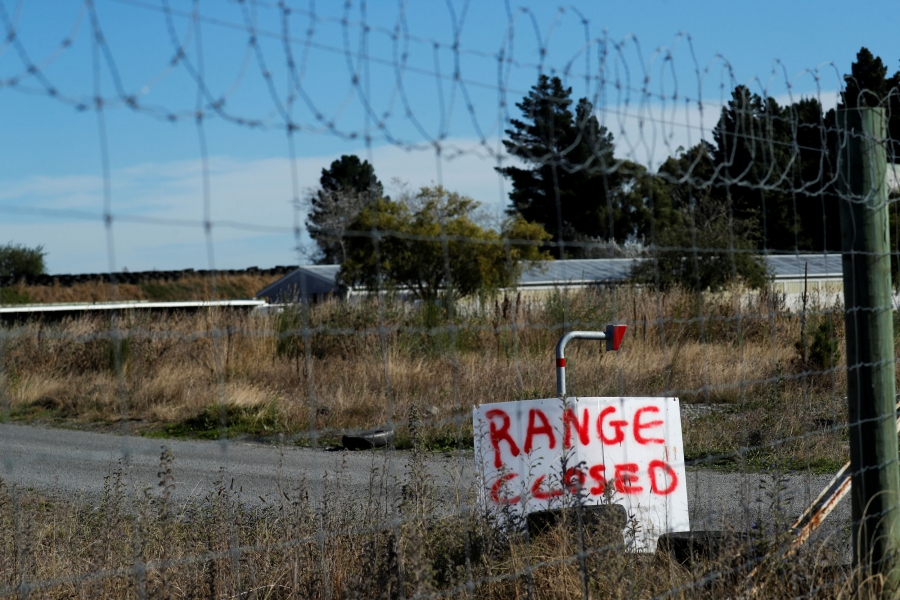 A sign is seen at a closed shooting range outside Christchurch, New Zealand.

Wearing black overalls and gumboots for protection against the gore, he pushes the cattle on their sides, removes heads and hide and uses a hoist to load the carcasses on his refrigerated truck.

Womersley was on a similar job in the hinterland beyond Christchurch on March 15, when a man in combat gear entered the city's Al Noor mosque, and then another and turned his high-powered military-style weapons on unarmed worshippers. 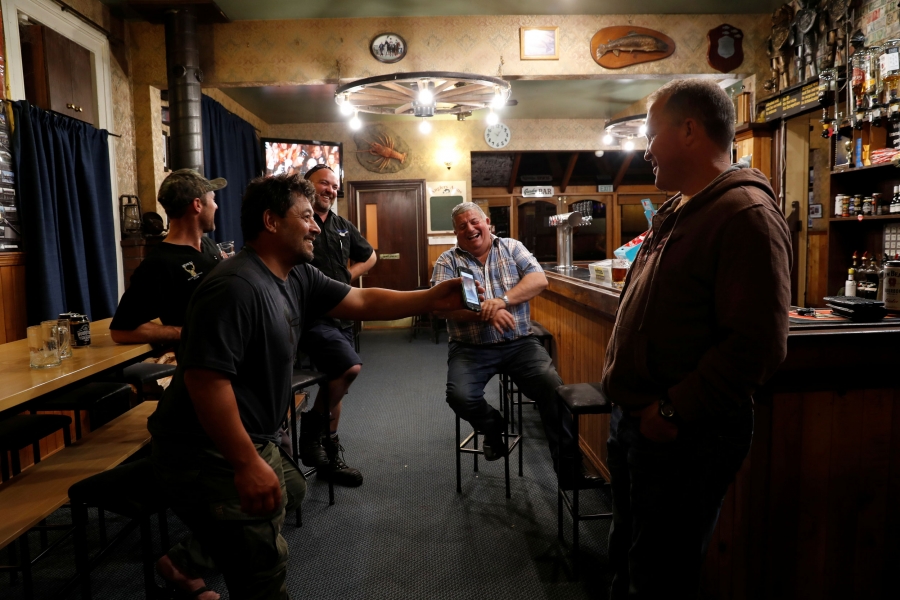 Noel Womersley smiles with friends in a pub after a hunter club meeting in Sefton, New Zealand.

"I didn't really comprehend it was real. I thought it was like a movie, or something that's happened overseas," Womersley says, adding that he had been shocked to discover after work what had unfolded just a few kilometers away.

Fifty people were killed and scores wounded, prompting an outpouring of support for the nation's bereaved Muslim community, and a swift crackdown on guns. 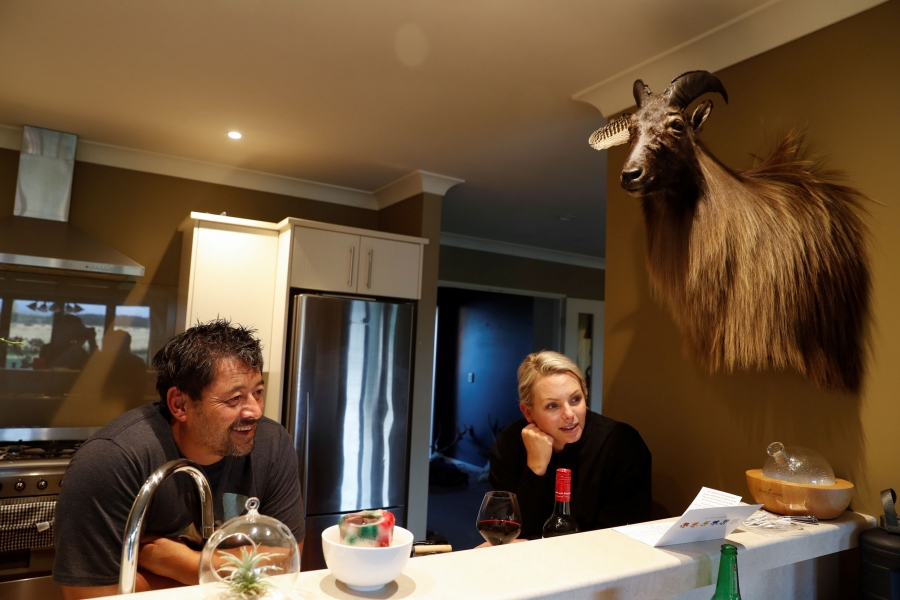 Noel Womersley and his partner Helena chat with a friend at his house outside Christchurch, New Zealand.

The semi-automatics used in the attack will be banned, with exemptions for working hunters, and tougher licensing rules are on the drawing board.

A wide swathe of New Zealand's quarter-million gun owners, who account for about 1.5 million weapons, say they accept there must be change after the tragedy. 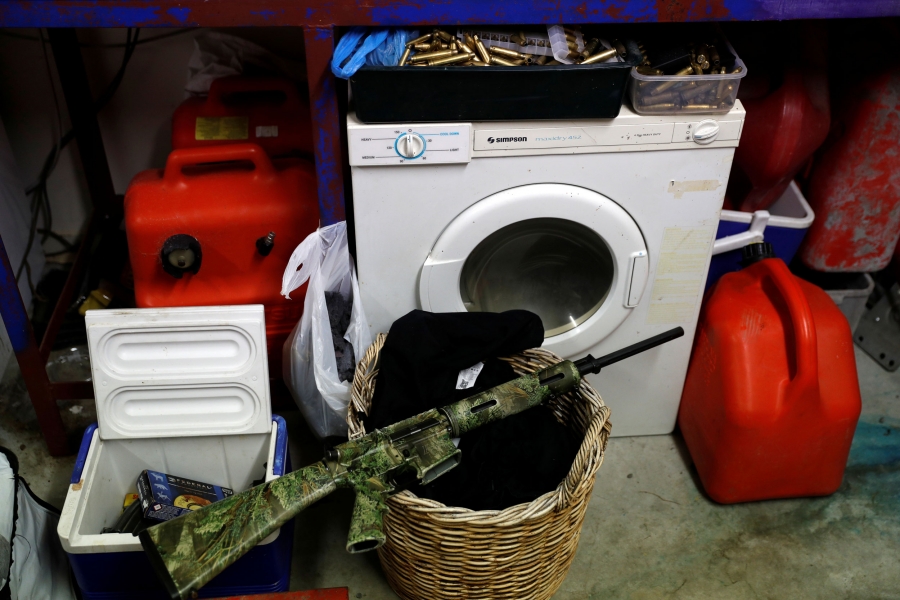 Noel Womersley's AR-15 semi-automatic rifle is seen in the garage of his house.

"I think the gun laws were too slack ... the laws gave this bad man a gun," says Womersley, who owns as many as eight, stored in a safe in the garage of a home decorated with game heads. "He ruined it for everyone. Not everyone is like that." As part of a new national firearm buyback scheme, he expects to hand in one military-style AR-15 assault rifle, a type of weapon used in the Christchurch massacre.

"I don't think we need military-style weapons in our society. I definitely don't need them in my job," he says. "It's like driving around in a Ferrari, you don't need it." 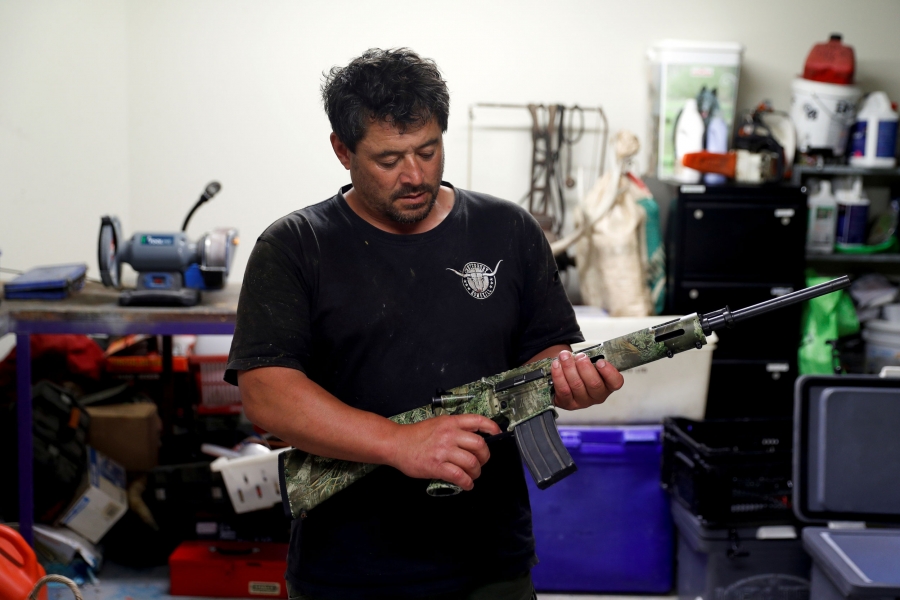 Reporting by Jorge Silva in Christchurch; Editing by Clarence Fernandez.