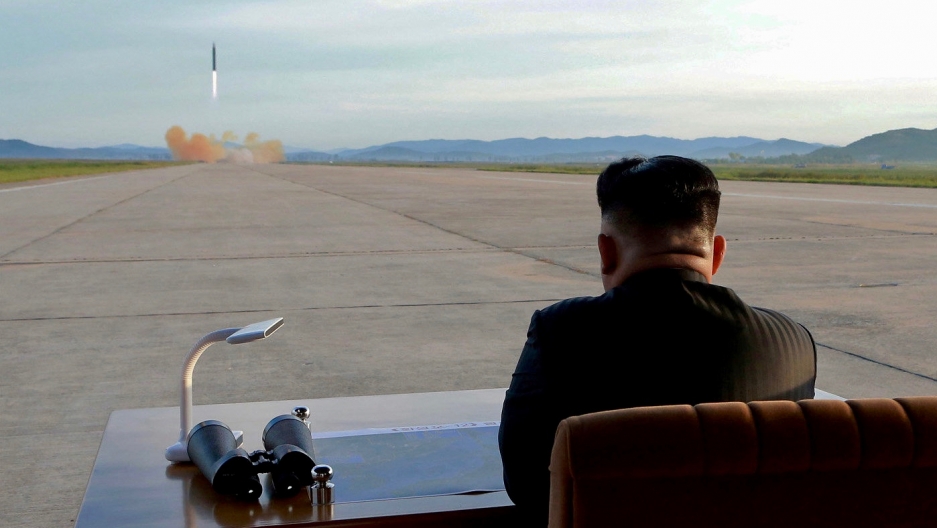 North Korean leader Kim Jong-un watches the launch of a Hwasong-12 missile in this undated photo released on Sept. 16, 2017, by the Korean Central News Agency.

Vehicles and equipment were detected near the uranium-enrichment facility at the Yongbyon Nuclear Scientific Research Center in North Korea last month.

Was this a telltale sign that the North Koreans were ramping up nuclear-related activities at one of its most sensitive military sites?

Maybe not, according to analysts at 38 North.

“The purpose of these vehicles and equipment is unclear,” wrote the authors of a recent report on the 38 North website that describes itself as providing “[i]nformed analysis of events in and around North Korea.”

Experts have been watching North Korea closely since the end of the failed summit between President Donald Trump and North Korean leader Kim Jong-un in Hanoi at the end of February, looking for signs of what Kim will do next. Satellite imagery is one of the best ways to peer into the isolated country. But analyzing those images is something that needs to be done carefully.

Jenny Town is the managing editor at 38 North. Her interest in North Korea goes back to her college days in the mid-1990s.

“I spent a year in South Korea studying at the Ewha Womans University in Seoul. I remember there were reports coming out in the news that there was this famine starting in North Korea, and no one in South Korea believed it,” Town said.

People in the South grew up hearing about North Koreans as their enemies, Town says. That’s why they assumed the news about a famine was fake, part of a scheme to extract something from the outside world. Town says that was troubling to her, and it helped spark a long-term interest in North Korea. 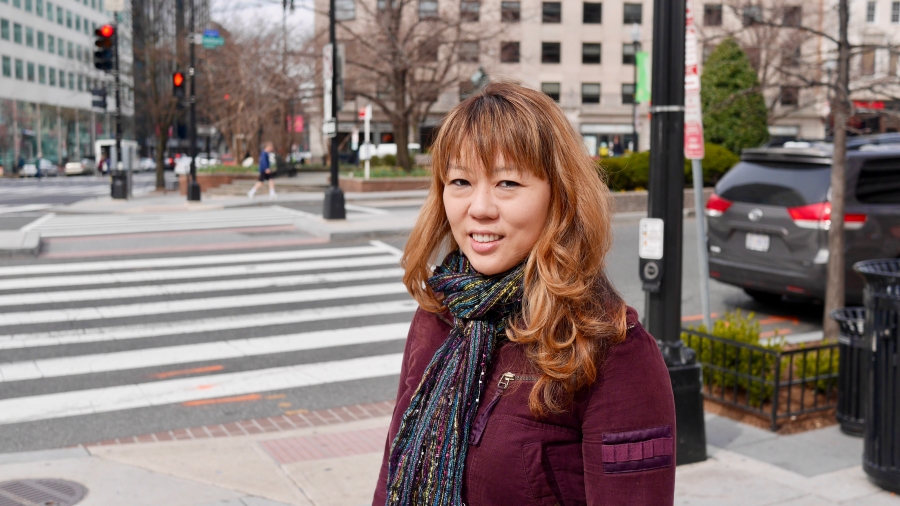 “We use commercial satellite imagery,” Town said. “DigitalGlobe is an American company. Airbus is a French company. We’ll use Google Earth sometimes for kind of a historical reference point.”

But the images from Google Earth aren’t updated frequently enough, and the resolution is too low to figure out what’s happening on the ground in North Korea.

Most mornings, Town’s team at 38 North looks over satellite pictures of North Korean missile and nuclear sites for signs of activity. There aren’t new pictures available every day, however, because getting clear images depends on the weather. Monsoon season, for example, is a difficult time to get good pictures of North Korea from above.

The US government is thought to have far more detailed satellite imagery of the North. But the commercial images show a lot of detail, down to about 18 inches per pixel. Nonetheless, Town says analyzing satellite photos is not an exact science and needs to be done with a great deal of care.

“It looks like it could be a TEL, a transporter erector launcher,” Town said, pointing at a recent image on her computer screen taken of a North Korean missile launch facility. “But it could also be four trucks really close together.

“With this level of resolution, we just can’t be certain. So, we always have at least two or three analysts look at it, weigh in on it.”

If satellite pictures show that trucks have moved around a North Korean launch site, the activity could indicate preparations are underway for a rocket launch. It might also indicate something else entirely, says Joel Wit, a former State Department official who founded 38 North. Wit has met with North Korean diplomats many times over the years, and they’ve told him that they also follow the reporting on 38 North.

Read also: The surprising life of a student at a North Korean university

“So, they can time activities [on the ground] in terms of knowing that people will be taking pictures of them, and they can use that in various ways to send signals, to confuse people. I think they’ve integrated it into their thinking,” Wit said.

Being aware of that is not enough. Satellite imagery might be useful for seeing specific things on the ground in North Korea, but it does not provide a complete picture.

“The first time I went to North Korea, I had been following North Korea for a couple of decades. And I knew the place from the satellite imagery,” said Bob Carlin, a former intelligence official at the US State Department and CIA official. “I always viewed it from thousands of feet above the Earth.”

“When I first got there and I was on the ground, it was completely different. It’s a 3D human society. And you don’t get that from the air,” Carlin said.

“You get insights into very technical things from the air, which are very important. But you don’t understand the country.”