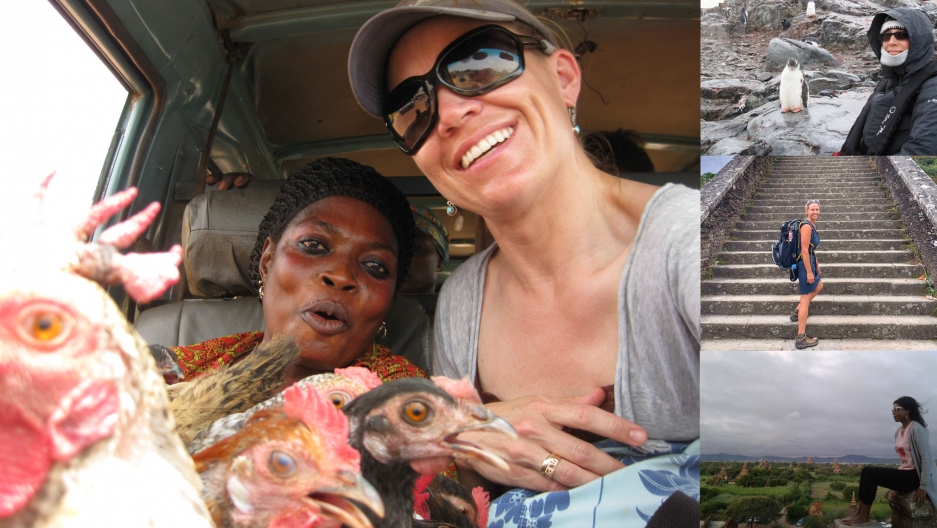 We asked The World's women listeners and readers why they travel alone. They sent us photos, too.

Estee Culbreth is an early childhood teacher from Fort Lauderdale, Florida, who has also worked internationally as a teacher.

“I've lived and traveled all over Asia, Africa, Australia and Europe as a teacher," Culbreth said. "Older women often ask me, ‘How can you travel alone like that as a single woman, as a single African American woman?’ I don't really know how to answer that question. I guess I travel alone as a single woman because I never thought that I couldn't.”

Estee moved to Yangon, Myanmar, to teach at an international school during the 2015-2016 school year and during one school holiday, she traveled to the ancient city of Bagan in central Myanmar. 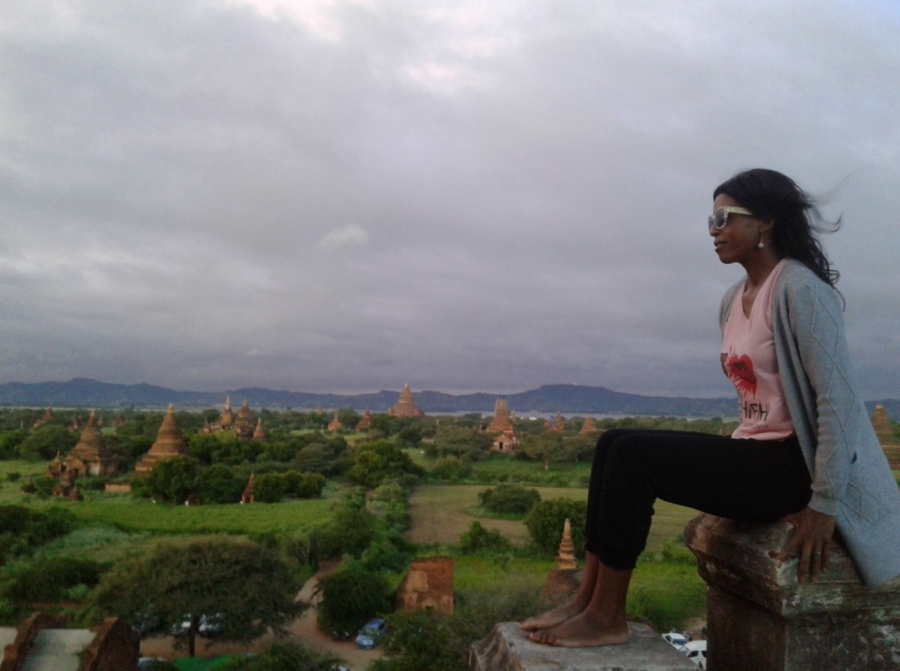 Estee Culbreth in the ancient city of Bagan, Myanmar, in October 2016.

Culbreth is one of The World’s listeners who responded to our callout for personal stories about the good and the bad aspects of traveling solo as a woman. We received a lot of responses with messages from women talking about how much they like traveling solo and the sense of freedom they get from these trips. 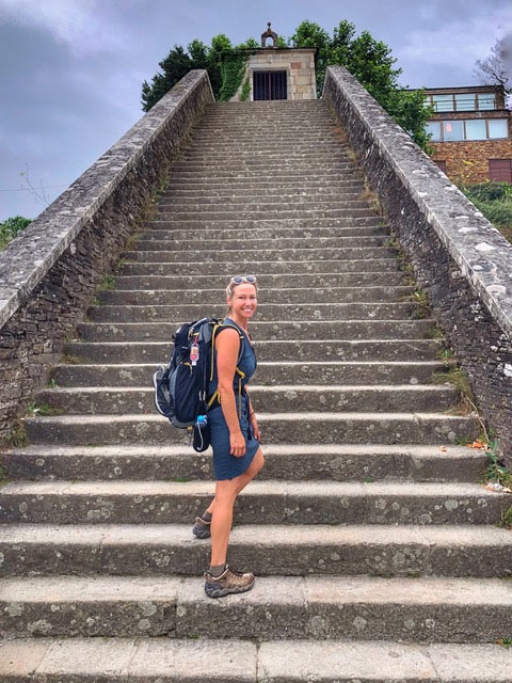 Jennifer McGuigan poses for a photo in Portomarín, in northern Spain, in July 2018 while walking the Camino de Santiago.

Take Jennifer McGuigan, a 46-year-old mother who likes to embark on solo trips. In 2018, McGuigan walked 250 miles of Spain’s Camino de Santiago and plans to do another 500 miles in 2019. (The Camino de Santiago, or Way of Saint James, is a network of pilgrimage routes leading to a shrine in northwestern Spain.)

“Solo travel for me allows me to do what I want (for once!) and provides me an opportunity to enjoy the world from my own perspective, considering no one but myself, which is rare," McGuigan said. "Do I fear for my safety? Actually, yes. Does that fear paralyze me? Clearly, no.”

“Do I fear for my safety? Actually, yes. Does that fear paralyze me? Clearly, no.”

Elizabeth Cody, 61, told The World about the advantages she sees as a solo traveler.

“You meet interesting people, your eyes are open, you're not having to talk to other people and get distracted by conversations while walking around," Cody said. "You have the time and freedom to zero in on pieces of a life that are particularly interesting to you. You meet new people.” 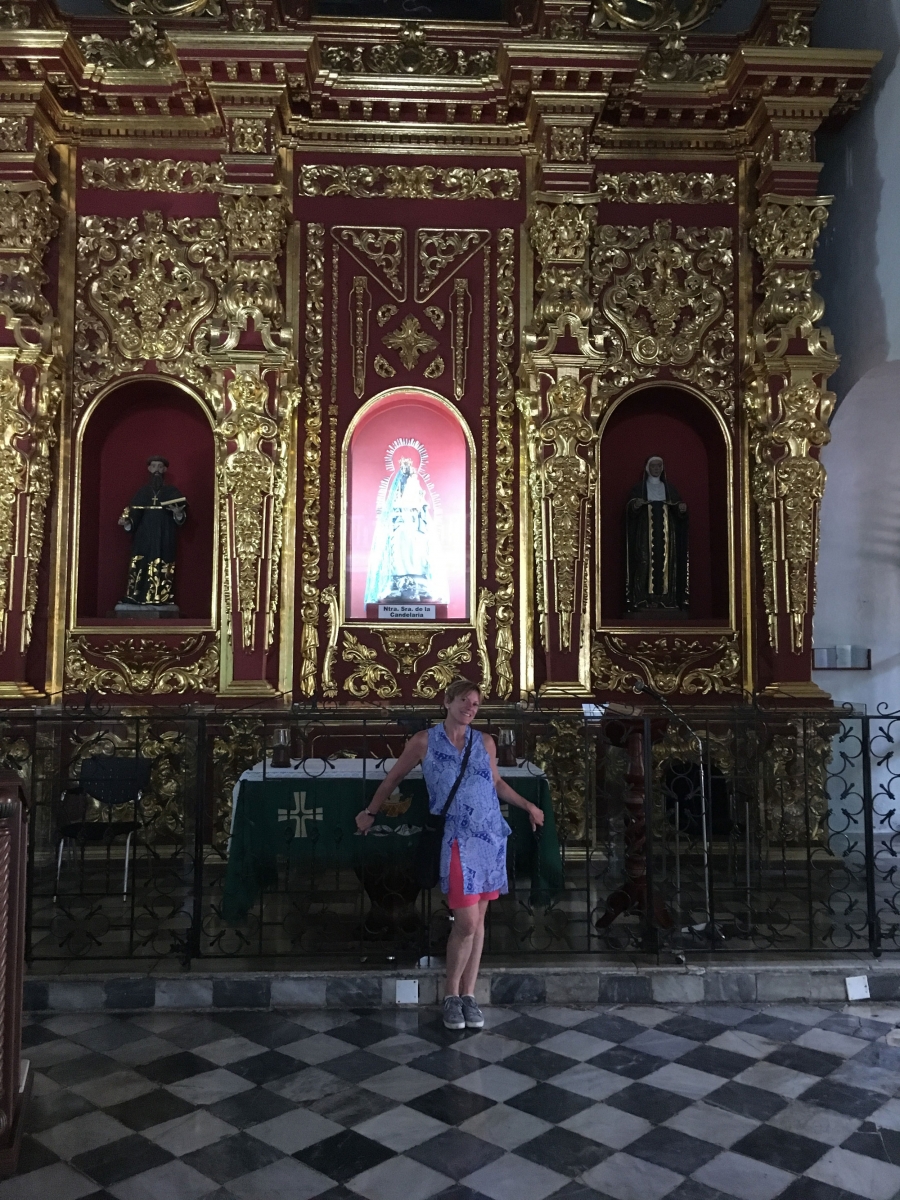 Elizabeth Cody poses for a photo at tourist site in Cartagena, Colombia, while traveling solo. She was photographed by her taxi driver.

Safety considerations were highlighted by our listeners who solo travel, but those safety precautions rarely stop them from continuing their trips, they said.

After Donna Stiles retired, she sold her house in Portland, Oregon, bought a van and started traveling solo with the company of her cat. Styles, 66, says she emails friends daily as a safety precaution and lets them know where she is.

“I took a day trip to Nogales, Mexico, and I carefully outlined my planned trip details with my brother," Stiles said. "I also texted him when I was [back] home safely … I feel better. I don't feel paranoid. I just feel safe.” 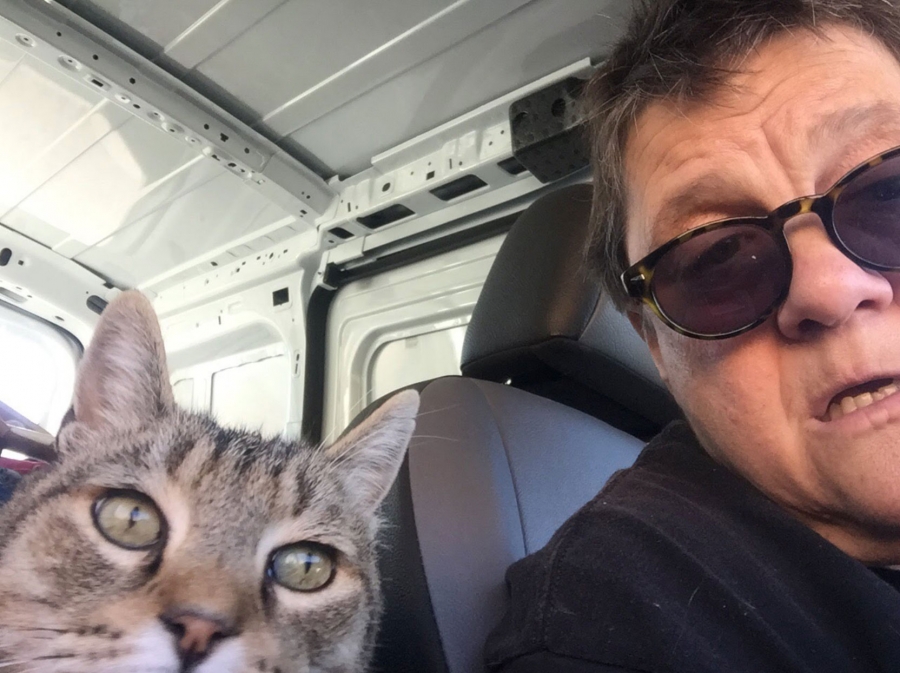 Donna Stiles bought a van and travels with her cat, pictured here.

From backpacking in India in her early 20s to a recent solo, road trip around the Mississippi Delta, Pam Mandel has traveled alone extensively. She says she has safety concerns, but in general, her actions are just slightly different from what she would do when heading out, alone, at home in Seattle.

“The biggest difference is my dress. When I'm in places where the women are modestly dressed, I choose clothing that covers more skin. I don't attempt to pass as a local, but I do make some changes to appear as a modest Westerner. I tend to avoid nightlife solo, though as a morning person, this isn't a huge sacrifice.”

Mandel points out that she feels that women face safety concerns every day, not only while traveling. “Focusing on travel, only, leads to creating more fear of solo travel, which is one of the most empowering experiences a woman can have,” Mandel said. 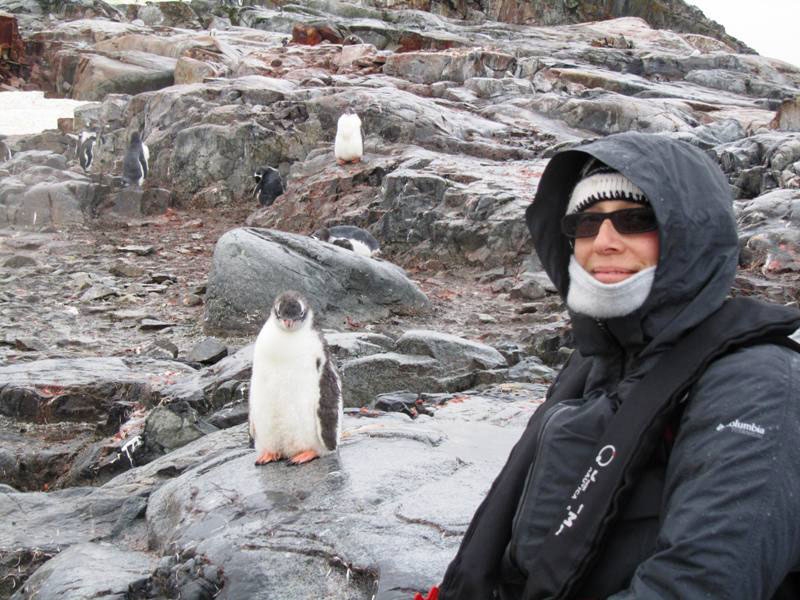 Pam Mandel poses for a photo during a recent trip to Antarctica via Ushuaia, Argentina. Yes, that's a penguin.

Teddy Anderson, of Salt Lake City, Utah, traveled extensively from age 20 to 35, all on a low budget. She said that she felt like she was missing out on a lot of things that male travelers got to do, that was something that struck her constantly. “The men who I was meeting [while] traveling were having double the experiences I was having. They were having nightlife, they would go out and have drinks with locals that they had met and they would go on treks into the jungle with local people, and that entire part of traveling was off-limits to me.” 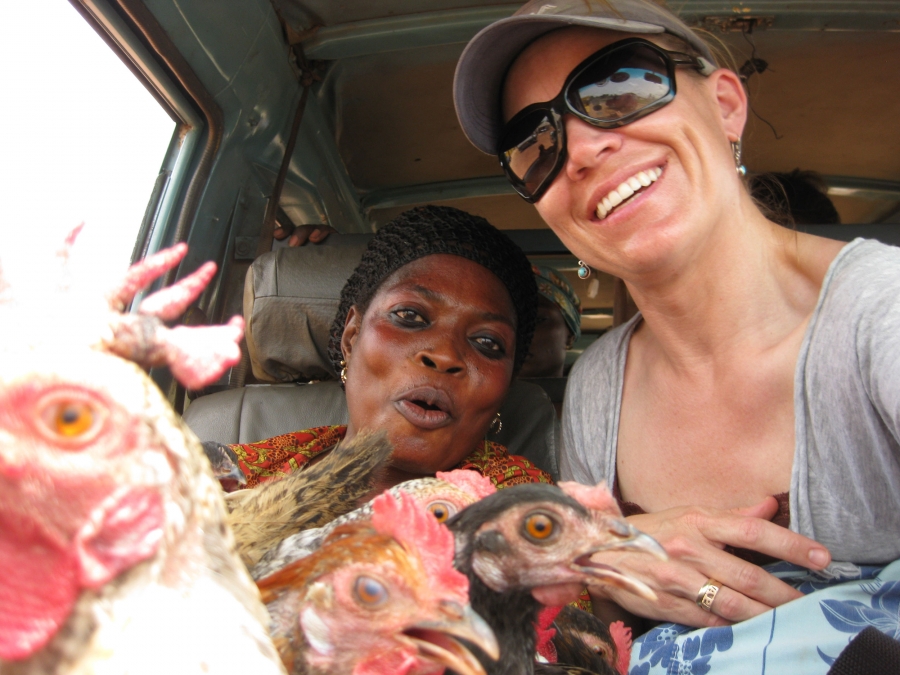 Teddy Anderson and “a new friend and her chickens” during a three-month solo trip across Africa.

Anderson says her perspective on traveling has changed through the years.

“Now that I'm older, I realize that the real unfairness of traveling is that as an America,n and I was on a low budget, I still had enough money to go to countries and visit different places and meet different people who could not enjoy the same luxury of coming to my country on a low budget.”

"The men who I was meeting [while] traveling were having double the experiences I was having."

“Post-#MeToo or pre-#MeToo, it doesn't matter how it's possible that we still have to be talking about these subjects," Sparks said. "How it's possible a woman could be in danger just for choosing to walk down the street daytime or nighttime by herself.”

Sparks wanted to encourage those who go on solo adventures.

“I want to salute all the women travelers out there who do choose to travel alone and the men as well," she said. "Because I don't know we can't let anything stop us from discovering the world. Don't you think?”

These interviews were lightly edited and condensed for clarity.