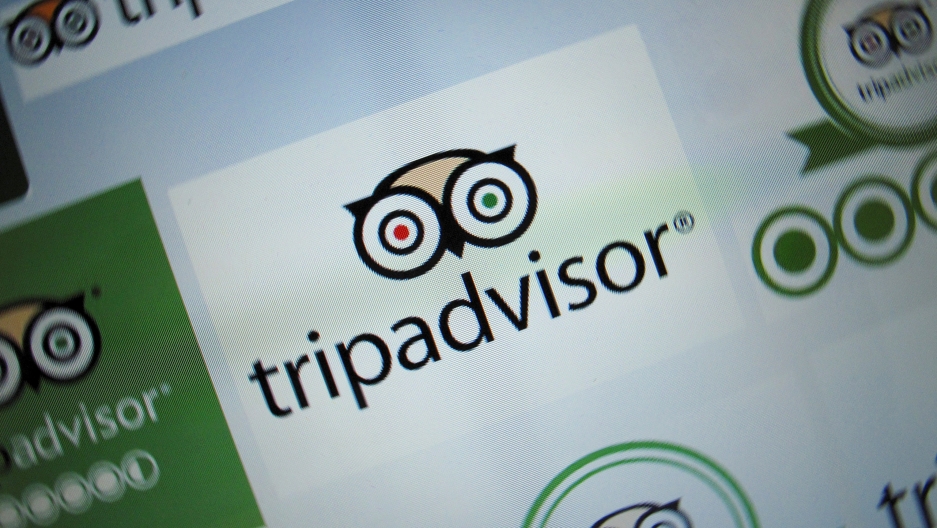 The logo for a travel website company TripAdvisor Inc is shown on a computer screen in this illustration photo in Encinitas, California, May 3, 2016.

Update: Kate, the survivor of sexual assault we featured in this story, received nearly 700,000 signatures on her petition. The petition was started on March 9 after Kate tried to post a review of a tour guide who allegedly raped her in her hotel room. As a result of the response of the petition, Trip Advisor has agreed to make some changes to their platform they say will warn users about businesses and help women post anonymous reviews.

On May 14, 2019, TripAdvisor announced a new filter that made it easier for people to find more than 1,100 reviews detailing sexual assault at properties or businesses listed on their platform. On June 4, they announced additional features, including an FAQ section that provides tips on creating an anonymous profile. Trip Advisor is also working with No More to help train moderators at Trip Advisor on how to support survivors of sexual assault. Allison Herrera

Kate was celebrating in a restaurant after a kayaking expedition in East Africa last fall. She was having dinner with the local tour guide and others on the trip.

Afterward, she says she went back to the hotel with a fellow traveler who was sharing her room. Hours later, Kate says the tour guide somehow entered their room and sexually assaulted her.

“We both were both asleep, and I just woke up to him on top of me,” Kate said.

Kate is a pseudonym we’re using to protect her identity. She also asked us not to disclose the name of the hotel where the assault took place.

She says she ran out into the hall screaming. Other guests came out, and the tour guide was taken to the police station. She says he was questioned and then let go.

Kate is still pursuing legal action and hired a lawyer to work on the case. But there’s another thing she wants to do: warn other travelers about this tour guide. So, she found his tour business on TripAdvisor, the popular online travel platform, and tried to post a review. That was back in November.

“It wasn’t in the first person. It was written like: ‘Warning: tour guide raped tourists, wanted by the police.’ You know, “stay away.” Something along those lines,” she said.

Her review was never posted on the site.

So, she asked a few friends to post reviews, including some who had been on the trip with her. But their comments weren’t posted, either. When Kate finally managed to get in touch with TripAdvisor, they gave her what she considers a very unsatisfying response.

She said it read something to the effect of, “I’m sorry we cannot post your review because it is not written in the first person. Here are our community guidelines … ”

Desiree Fish, TripAdvisor’s vice president for global communications, says that’s the company’s policy — no third-person accounts — for legal reasons. It has to come from the source.

“...We have [a] platform where people can write a first-person account. At no time were we asking a victim or a survivor to provide details and graphic details of their assault,” Fish said.

But Kate says writing about her attack in the first person for a review would be re-traumatizing. And while TripAdvisor sent her other first-person accounts of sexual assault on its site, Kate says those reviews aren’t prominent enough. And the people who wrote them have been trolled, Kate told The World.

And she doesn’t think she should have to write something in the first person.

“I don't want to write a firsthand review of my rape on your site. I want to be able to report to you, a human being, to someone. And I want you to have a very visible and effective labeling [or flagging] system,” Kate told The World.

When she felt that she wasn’t getting anywhere by trying to communicate with TripAdvisor, she and her friends took to social media. They tweeted at the company with a screenshot of the pending bad reviews of the post with a #MeToo hashtag. Kate also created a change.org petition asking the company to stop covering up sexual assaults. So far, the petition has more than 273,000 signatures.

“The company has already alluded in some articles to changes they are making in response to our pressure, and in our phone call they confirmed that those are underway, though they couldn’t reveal more about what they might be.”

Kate, and Julianna Britto Schwartz from Change.org, recently spoke with Fish from TripAdvisor about making some changes to the review process. Kate posted an update about that conversation to their petition: “The company has already alluded in some articles to changes they are making in response to our pressure, and in our phone call they confirmed that those are underway, though they couldn’t reveal more about what they might be.”

Fish says they’re not trying to hide posts about rape or assault.

“We're looking for other ways to surface those negative reviews.” But that means people need to post their negative reviews — and they need to be firsthand accounts, she said.

Victoria Walker has a travel blog called Vikkie Ventures. She writes about numerous travel hacks like how to get cheap plane tickets and hotels. She said there have been a few times where she’s felt unsafe while traveling abroad, but never experienced anything like what happened to Kate.

But even though most of her experiences have been positive, she said the travel industry could do more.

“I think they have a large role in keeping travelers safe,” Walker said of TripAdvisor. She said that in addition to helping travelers figure out where they want to go and fun things to do in any city, people should be able to depend on sites like TripAdvisor for safety information.

That isn’t always the case, though. She pointed to news coverage where TripAdvisor has been accused of removing negative reviews.

“A few people complained that their posts had been flagged or removed after having negative experiences at resorts abroad."

“A few people complained that their posts had been flagged or removed after having negative experiences at resorts abroad,” she said.

Kate is asking TripAdvisor to include a hotline number where you can speak directly to someone about a safety concern. She’s also asking them to create a system that clearly marks whether there are sexual assault allegations against a person or a business.

The business where the tour guide works is still up on the site.

Fish says that removing the listing wouldn’t be helpful.

“Because people would still find that business in other places and not be able to then go to TripAdvisor and read, ‘Did somebody have an experience. Can I search through? I'm curious if there was a negative experience here if a firsthand account is posted,’” Fish said.

And some critics say TripAdvisor and other online travel platforms may give you a false sense of security. Fish says Tripadvisor is a place where, if something bad happens, travelers can speak up.

The question is whether you’ll see that bad review.

Editor's note: If you are a victim of sexual assault or rape, you can get help from the National Sexual Assault Telephone Hotline.
Call 800-656-HOPE (4673) to be connected with a trained staff member from a sexual assault service provider in your area.