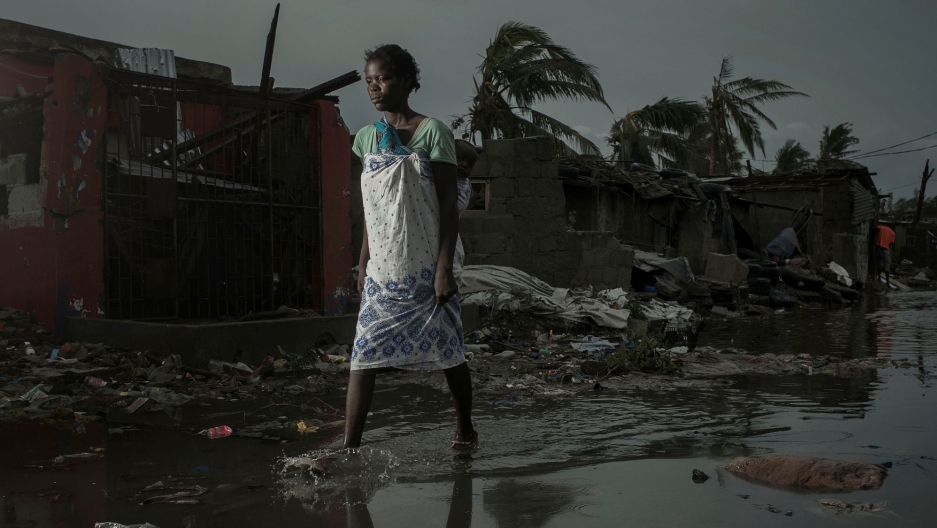 A woman walks down a flooded road in Beira, Mozambique.

Following a powerful cyclone that left a trail of destruction across swathes of southeast Africa, Mozambique on Wednesday started three days of national mourning.

Cyclone Idai hit Mozambique's port city of Beira with winds of up to 105 mph on Thursday last week, then moved inland to Zimbabwe and Malawi, flattening buildings and putting the lives of millions of people at risk.

Drone footage showed residents of a shantytown at the port still picking through wreckage days after the storm hit and trying to drag plastic sheeting over their ruined homes.

The film, released by the Red Cross, showed the settlement pockmarked with empty plots where the winds had blown whole buildings from their foundations.

"Great floods have sowed mourning and devastation in various areas of Mozambique, Zimbabwe and Malawi," Pope Francis said on Wednesday. "I express my pain and closeness to those dear people."

Mozambique's President Filipe Nyusi said a day earlier that the cyclone had killed more than 200 people in his country but rescuers were still discovering more bodies.

In neighboring Zimbabwe the official death count stands at 98 but is likely to grow as hundreds are still missing.

In the worst-hit eastern parts of Zimbabwe, grieving families rushed to bury their dead because the cyclone has knocked out power supplies and stopped mortuaries from functioning.

Malawi has not released details of any casualties from the storm, which weakened as it moved further inland over the weekend, leaving heavy rains in its wake. 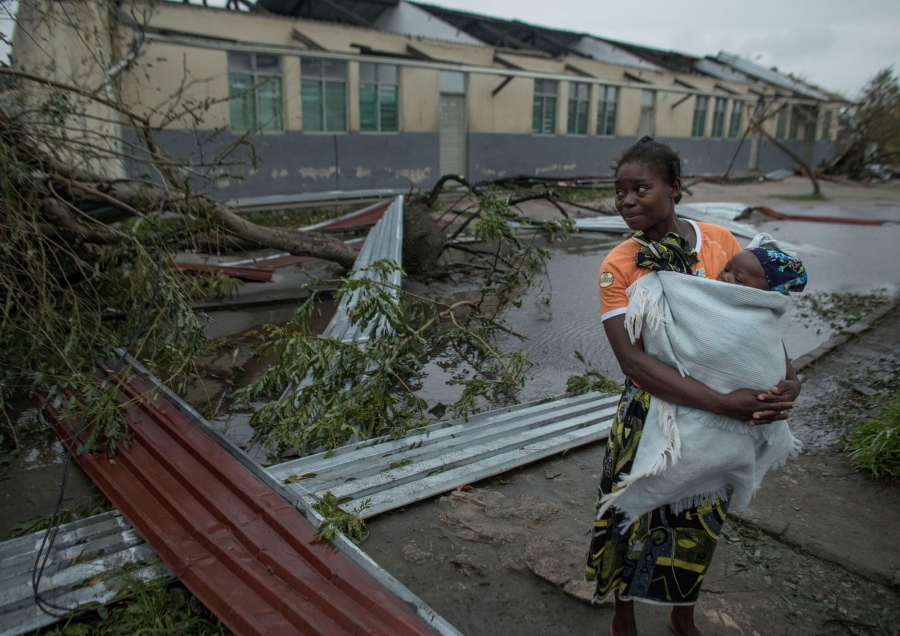 A woman and her child stand next to the strewn debris of buildings in the aftermath of the Cyclone Idai in Beira, Mozambique.

Aid groups said they were struggling to reach many survivors trapped in remote areas of Mozambique, surrounded by wrecked roads and submerged villages.

"Challenges remain in terms of the search and rescue of thousands of people, including children," UNICEF said. It estimated that 260,000 children were at risk there.

Beira, a low-lying coastal city of 500,000 people, is home to Mozambique's second-largest port and serves as a gateway to landlocked countries in the region. There were food and fuel shortages in parts of central Mozambique because Beira is cut off by road, local media reported.

Zimbabwean President Emmerson Mnangagwa is due to visit the worst-affected areas on Wednesday. Both Mozambique and Zimbabwe have declared states of emergency in some areas.

"People are using well water with no chlorination, and that water is unlikely to be clean and safe to drink ... Pneumonia and other respiratory diseases are going to be a problem," Gert Verdonck, an emergency coordinator with the charity said from Beira.

Reporting by Manuel Mucari in Maputo and MacDonald Dzirutwe in Harare; Additional reporting by Frank Phiri in Blantyre, Catarina Demony in Lisbon and Philip Pullella in Rome; Writing by Alexander Winning; Editing by Andrew Heavens.