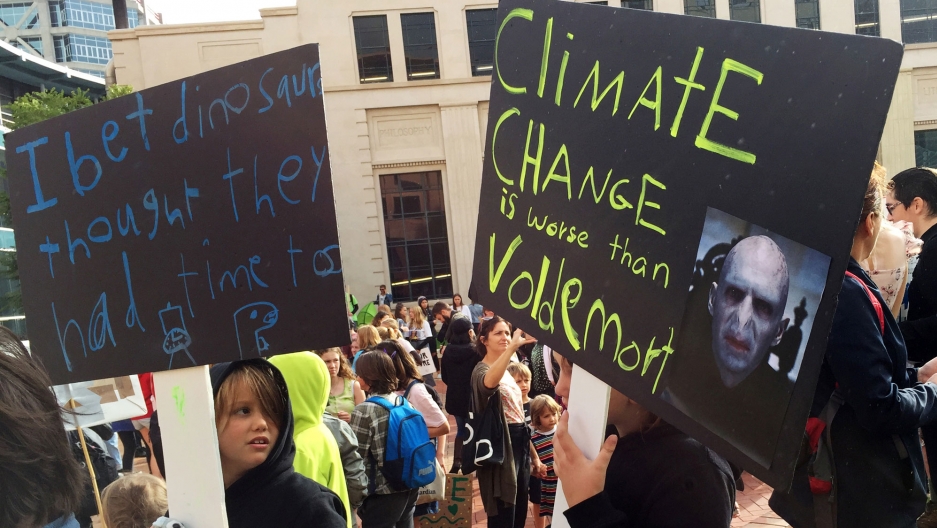 In a global protest against government inaction on climate change, tens of thousands of school students around the world walked out of classes on Friday and took to the streets.

"Climate change is worse than Voldemort," read a handmade sign carried by one student in Wellington, New Zealand, referring to the evil wizard in the hugely popular Harry Potter books and films. 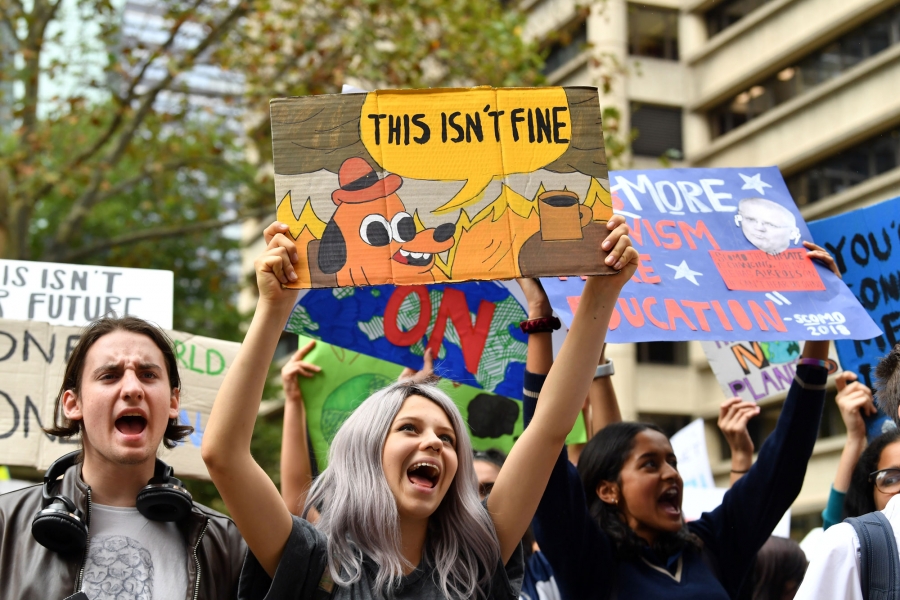 Thousands of school students from across Sydney attend the global strike against climate change at Town Hall in Sydney, Australia.

"The oceans are rising, so are we," read another in Sydney.

Student protests in Wellington, Sydney and Melbourne drew tens of thousands of people. In Europe, students packed streets and squares in London, Copenhagen, Rome, Vienna, Zurich, Lisbon and in the US. 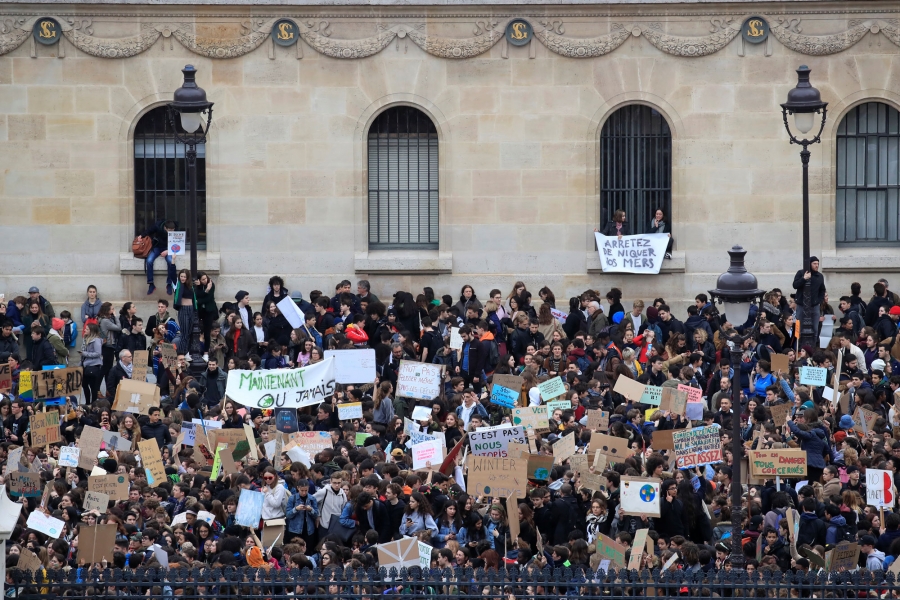 Students take part in a youth strike to act on climate change demonstration in Paris, France.

The worldwide student strike movement started in August 2018, when 16-year-old Swedish climate activist Greta Thunberg began protesting outside her parliament on school days. She has since been nominated for the Nobel Peace Prize.

On Friday, she spoke at a Stockholm demonstration. Other rallies were held in 100 towns around Sweden.

"We have only been born into this world, we are going to have to live with this crisis our whole lives. So will our children and grandchildren and coming generations," Thunberg  said. "We are not going to accept this. We are striking because we want a future and we are going to carry on." 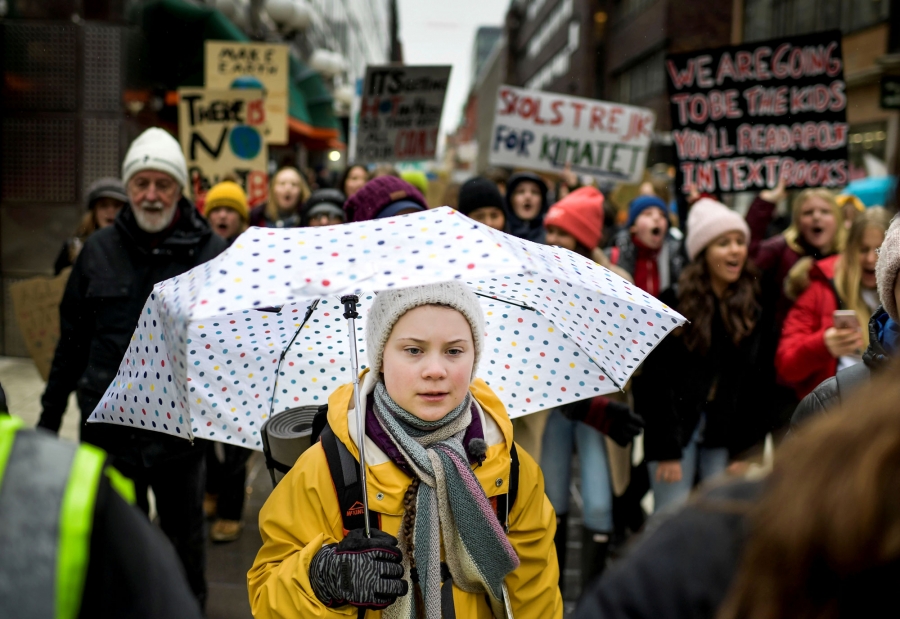 In London, thousands marched with banners like "The future is in our hands" and "We're missing lessons to teach you one". 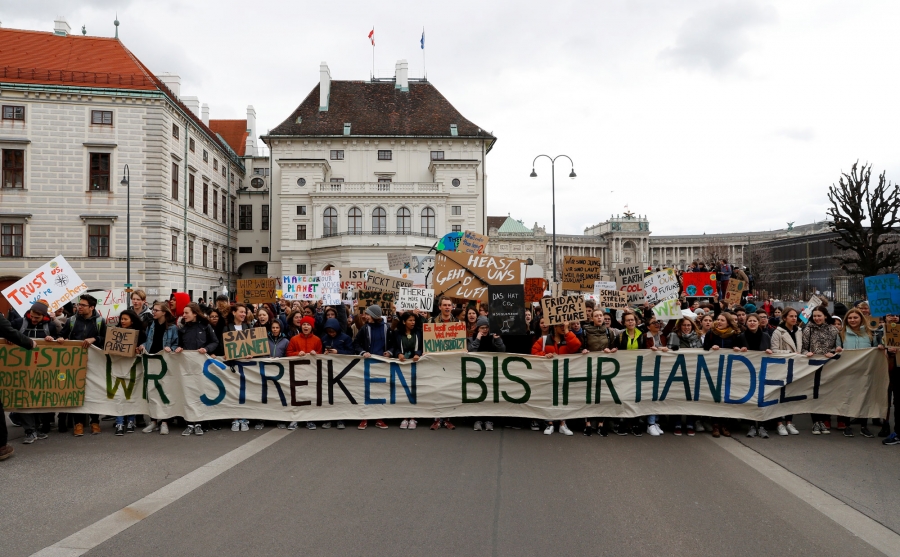 Youth demonstrate for action on climate change in Vienna, Austria. The banner reads: "We are on strike until you set some action"

The 2015 Paris climate conference pledge to keep the increase in global average temperatures to below 35 Fahrenheit above pre-industrial levels requires a radical cutback in use of coal and fossil fuels. 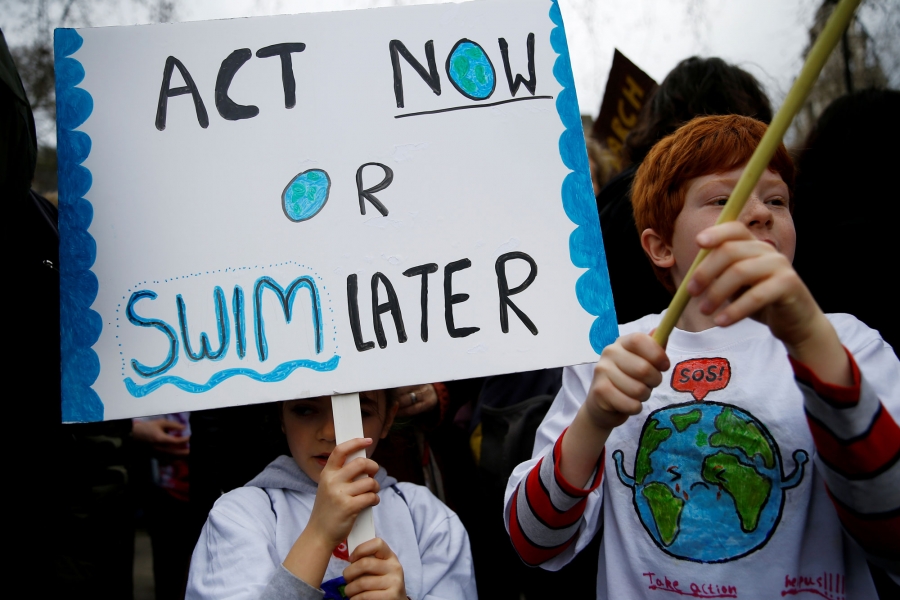 Children take part in a protest against climate change in London, Britain.

More than 220 demonstrations were held across Germany. In Duesseldorf, some 2,000 schoolchildren paraded with a carnival float depicting a giant effigy of Thunberg with the words "Do something about the climate catastrophe at last", written along her raised arms.

The children and young people stopped around the city, home to the headquarters of many of Germany's largest manufacturers, reading out calls for change. 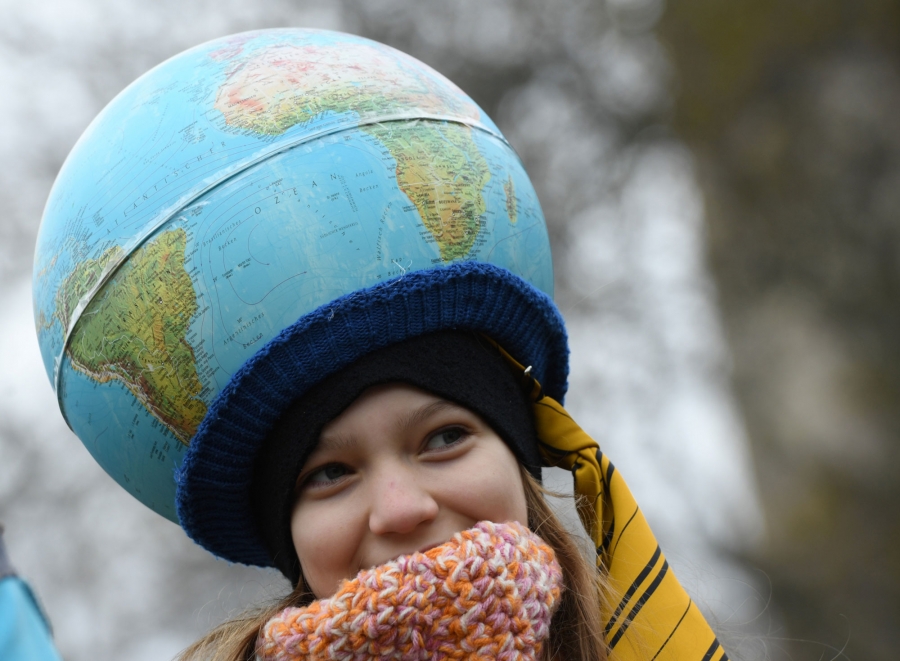 A demonstrator is seen during the "Fridays for Future" school strike against climate change in Berlin, Germany.

"The clock is ticking and time is against us!" they shouted. "We are the last generation that can fix this."

"We'll have more hurricanes, we'll have rising sea levels," said one boy. "Future generations won't be able to build a time machine and come back here to remind politicians." 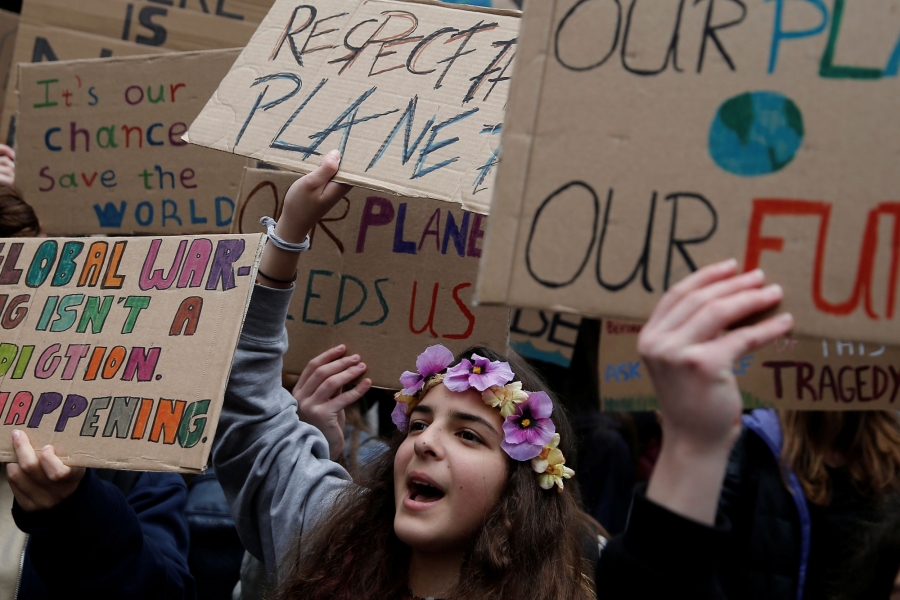 A student shouts slogans during a protest against climate change in Athens, Greece.

In Rome, thousands of students began their protest at the Colosseum before marching through the city’s historic center. More than 10,000 marched through Lausanne, Switzerland, and thousands more through Zurich.

Students in Lisbon were joined by several political leaders, including from the Left Bloc and Communist Party. 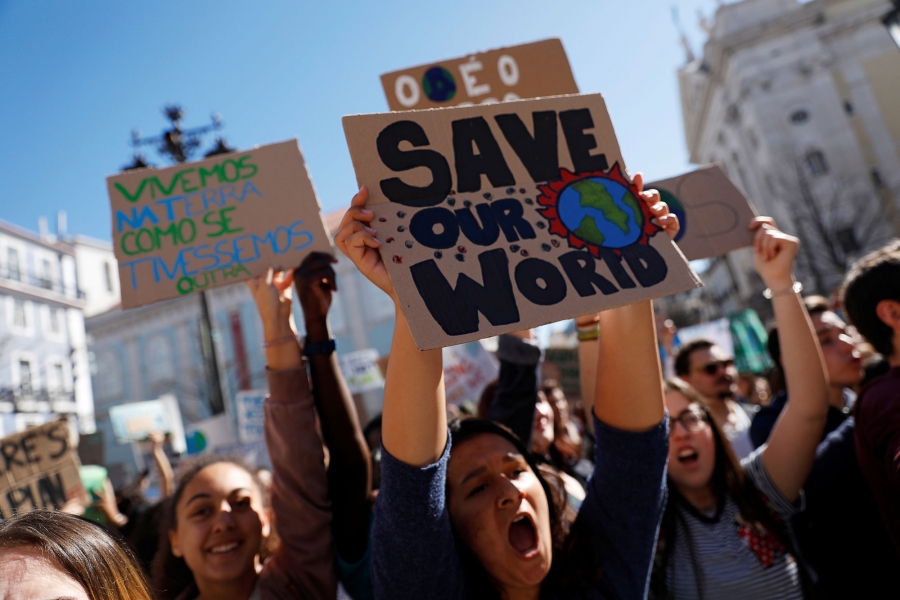 About 60 students protested at government house in Bangkok, holding cardboard signs to campaign against plastic. Thailand is one of the world's worst marine plastic polluters.

"As youths who will inherit the land, we gather here to demand that the government work with us to solve these problems," said 17-year-old Thiti Usanakul, of student-led group Grin Green International.

The group was later invited to meet officials at the Ministry of Natural Resources and Environment in two weeks.

In Seoul, more than 100 students held recycled cardboard signs with slogans like "Too Warm 4 School" and "Don't deny climate change." 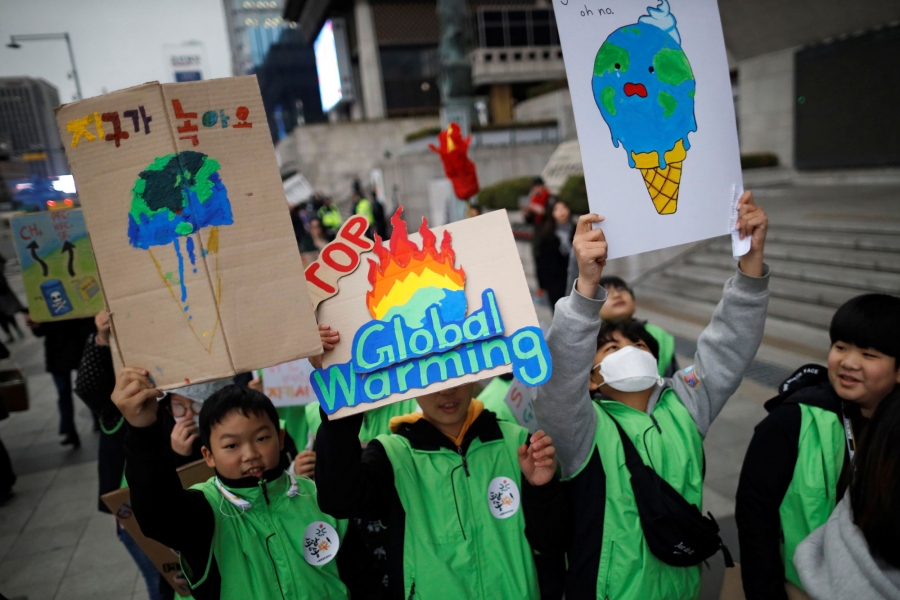 New Zealand Prime Minister Jacinda Ardern, who has pledged  NZ$100 million ($68 million) to cut greenhouse gas emissions, supported the strikes, saying teenagers should not wait for voting age to use their voices. 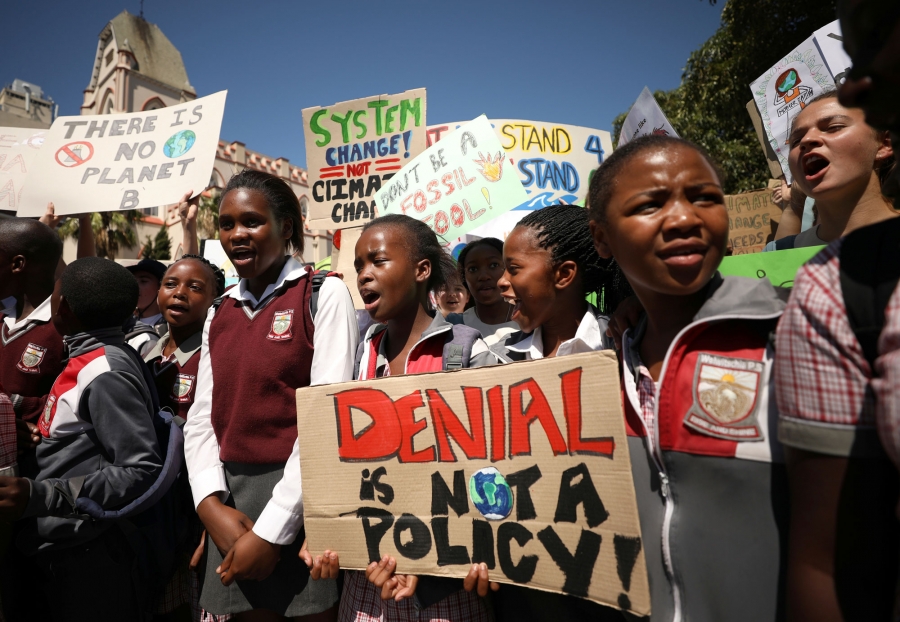 That contrasted with politicians in Australia and Britain who rebuked them for missing lessons.

"For action on issues that they think is important, they should do that after school or on weekends," Dan Tehan, Australia's education minister, told reporters.

Wellington parent Alex, who marched beside his 11-year-old son, disagreed. "It's a much better day of education," he said. "This is the greatest issue of our time." 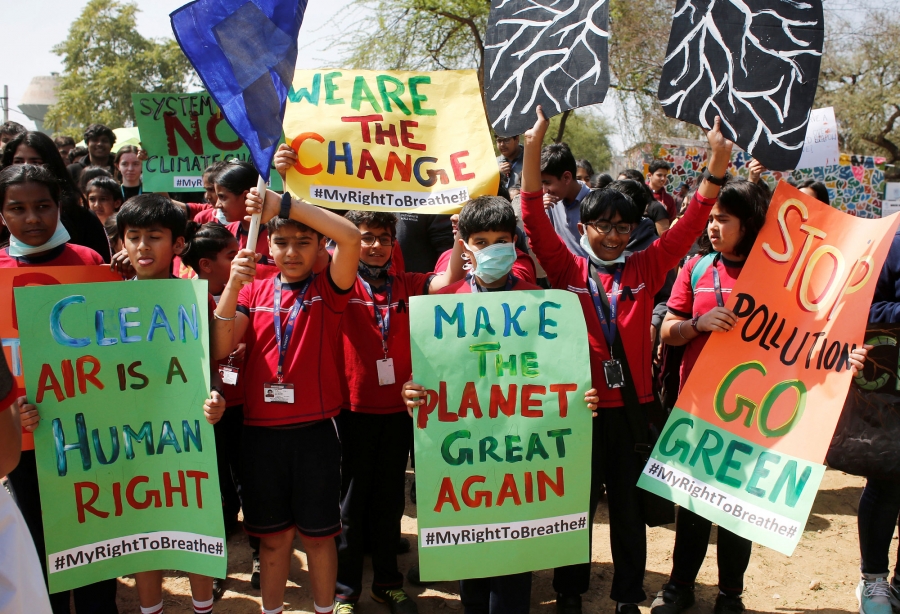 Students hold placards as they take part in a global protest against climate change in Gurugram, India. 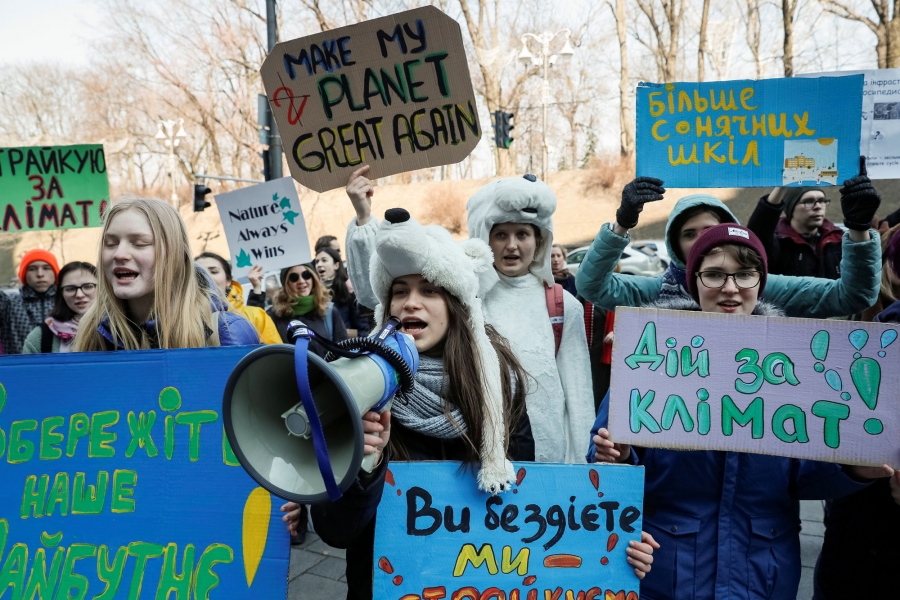 Students strike for action on climate change in front of the government headquarters in Kiev, Ukraine. 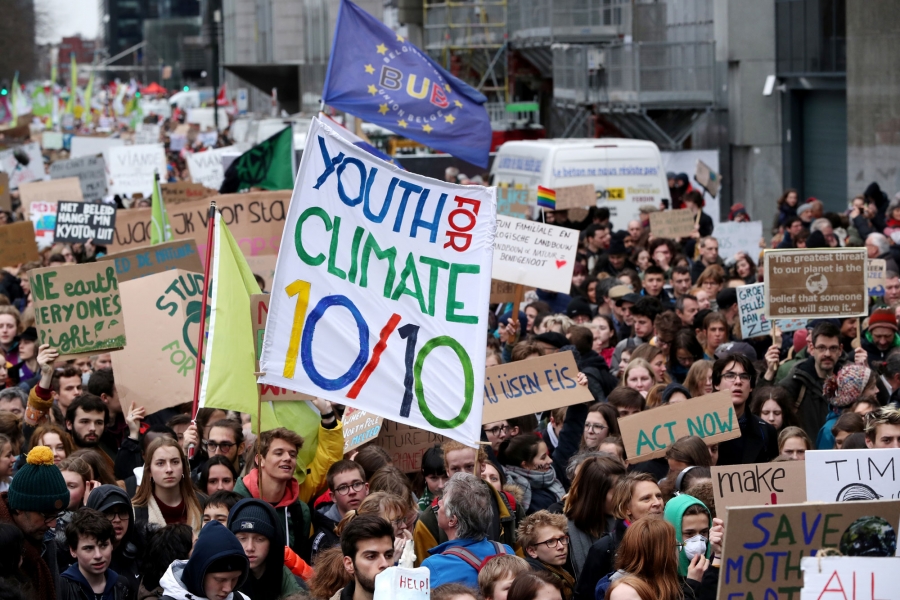 Thousands of demonstrators take part in a protest against climate change in central Brussels, Belgium. 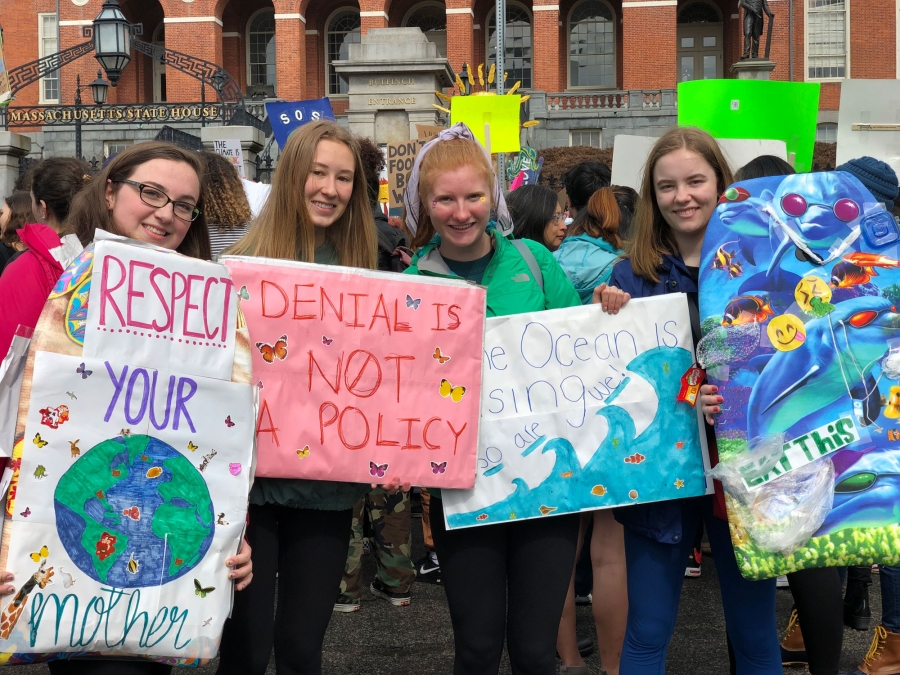 Several youth take part in the global protest against climate change outside of the Massachusetts State House in Boston.

By Tom Westbrook and Alex Fraser/Reuters