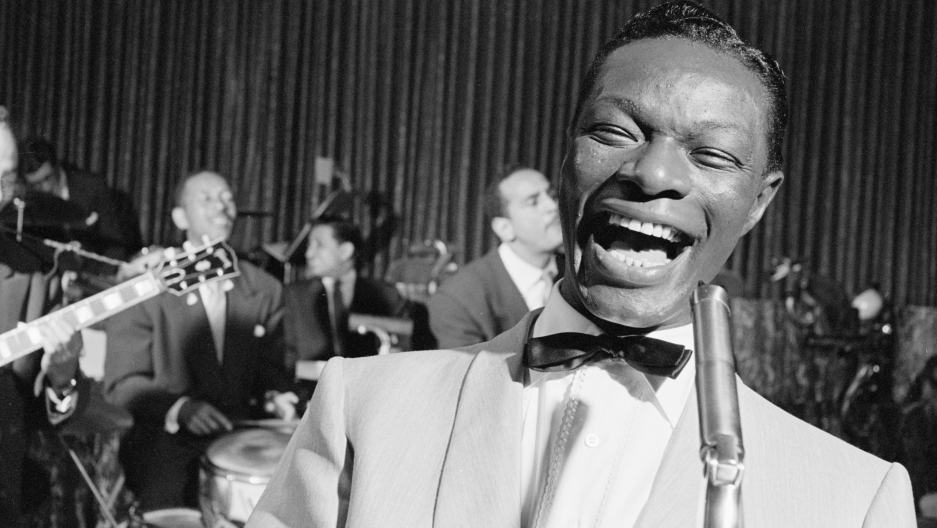 Nat King Cole was born on March 17, 1919, so in honor of his centennial, Studio 360 looks back at the great crooner’s legacy.

Kurt Andersen talks with Daniel Mark Epstein, who wrote a biography of Nat King Cole, about the singer's groundbreaking TV variety show. “The Nat King Cole Show” ran on NBC for just over a year, 1956 to 1957, but despite its short life, the show was a hugely important cultural landmark: it was the first network TV show starring an African American, and the only one until the mid-1960s. “He was the Jackie Robinson of the television world,” Epstein says.

Actor Dulé Hill stars in a new musical at Los Angeles’ Geffen Playhouse, “Lights Out: Nat ‘King’ Cole,” about the final days of Cole’s TV show before its untimely cancellation. Hill shares his approach to embodying Cole in his performance: “I don't try to mimic Mr. Cole. I try to get his essence: his spirit, the essence of his voice, the essence of his song, the gracefulness in it, the softness in his voice, that cool calming breeze that his voice is as it dances along the notes. I try to take that and marry that to my being, and hope that people when they see the show can see that reflected on stage.”