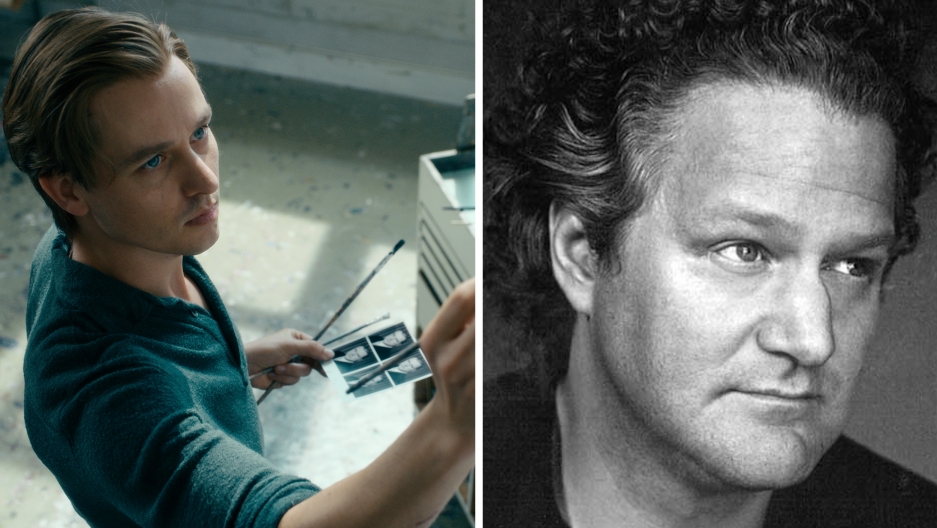 Tom Schilling as Kurt Barnet in “Never Look Away” and the director, Florian Henckel von Donnersmarck.

The new film “Never Look Away” is a biopic of Gerhard Richter ... sort of.

It follows the story of a young artist from his childhood in Nazi Germany, to his early success with socialist realism in East Germany, his escape to the West just before the Berlin Wall went up, and his creative breakthrough in the 1960s. The characters’ names are changed, but the story closely mirrors Richter’s life, and even the paintings are recognizably early Richter masterpieces.

The film’s director and writer, Florian Henckel von Donnersmarck, was inspired to make the film after reading a biography of Richter. He used Richter’s life as a launching point to tell a fictional(-ish) story about “someone taking a very traumatic event from their life and turning it into something so beautiful,” he explains to Kurt Andersen.

Once he finished the screenplay, Donnersmarck reached out to the famously reclusive Richter: “Now that I've developed a story, I want to go talk to Richter and just throw this fiction at him to get a sense from his reaction where I'm closer to fact, where I'm closer to fiction, and just what he thinks of that,” Donnersmarck says. “And luckily, he was very open to that. And we spent many weeks together, and he told me everything from his life and was intrigued by this approach.”

But once the film came out, Richter publicly disavowed the film, although Donnersmarck insists he hasn’t even seen it. “I was a little disappointed because I would have liked for him to see it, but I can understand,” Donnersmarck says. “In a way, maybe the film is for everyone except for him.”

“Never Look Away” is hardly the first film to blur the line between fact and fiction. “Citizen Kane” is a comparable fictionalized biopic of the newspaper magnate William Randolph Hearst, and “The Master” tells a story very similar to that of Scientology founder L. Ron Hubbard. Donnersmarck admires both films: “It is so thrilling to use true elements because you know that if you just correct them a little bit and if you look at them the right way, life still writes the greatest stories.”