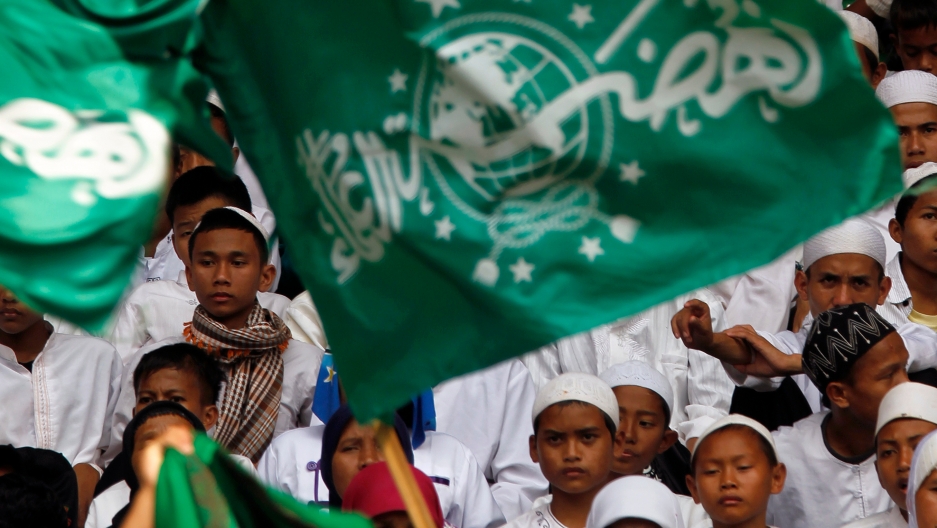 The largest Islamic organization on the planet has a request for all Muslims.

This proclamation was issued by Nahdlatul Ulama or NU, an Indonesian collective claiming more than 90 million adherents — from clerics and politicians to shopkeepers and farmers.

One of the group’s core tenets is promoting a more tolerant brand of Sunni Islam. Its leaders aim to uphold a secular state. They preach coexistence with Hindus, Buddhists, Christians and Shia Muslims. And the word kafir, NU says, undermines that mission with “theological violence.”

“When someone calls you a kafir, that means you’re considered someone who is godless,” said Alex Arifianto, an Indonesian political scientist with the S. Rajaratnam School of International Studies in Singapore.

"The largest Muslim organization in the world is saying, ‘Look, we have to treat non-Muslims as equals.’”

“Or you’re someone whose religion is considered inferior to the Islamic belief,” he said. “That’s why this is so significant. The largest Muslim organization in the world is saying, ‘Look, we have to treat non-Muslims as equals.’”

The group is hardly progressive by American or European standards — its leaders’ views on sex, family and piety are conservative — but NU does define itself in opposition to hyperorthodox Islam.

Its leaders believe their teachings are an antidote to fundamentalism, exemplified by the Wahhabism theology exported by Saudi Arabia.

In one of NU’s promotional films, a cleric intones that “genuine Islam … has been supplanted by a coarse, cruel and savage Islam. I am absolutely certain that our understanding of Islam is shared by the majority of Muslims worldwide.”

Islamic extremism “is a ghoulish nightmare that keeps the world awake at night, trembling in horror.”

Islamic extremism, the cleric continues, “is a ghoulish nightmare that keeps the world awake at night, trembling in horror.”

Related: Not all mosques welcome in Indonesia, world’s most populous Muslim-majority country

If the NU sounds testy, it’s because some of its leaders feel overlooked, he says. The global conversation around Islam is dominated by talk of militants, such as ISIS or Hezbollah, or hard-line Islamist networks such as the Muslim Brotherhood.

This exasperates NU. Not only is it vastly larger than all of these groups combined, but it’s also older. It was formed in 1926, two years before the Muslim Brotherhood — and even then, it was calling itself an alternative to puritanical Islam.

The organization  wants to disseminate the “message of Islam as a source of universal love.”

The organization craves a larger impact on the world. It has even set up a Western nonprofit wing, based in North Carolina, to disseminate the “message of Islam as a source of universal love.” But this dream isn’t very compatible with NU’s intense, Indonesian nationalism — a sentiment unlikely to entice anyone outside of the country.

Islam may have arrived in what is now Indonesia as early as a millennium ago via Muslim sailors, who managed to convert a few island societies. The faith began to sweep across the entire island chain in the 1500s — and, today, roughly 9 in 10 Indonesians are Muslim.

But Islamic practices have melded with Indigenous rituals and customs informed by Hinduism and Buddhism, which long predate the arrival of Islam. NU was founded, in part, to resist the fundamentalist urge to scrub down their complex identity into something seen as more literalist and pure.

“They’re still standing up to conservative, hard-line Muslims,” Arifianto said. “They’re saying, ‘Your theology is out of date compared to contemporary society, which is ethnically and religiously diverse.’”

Instead of calling people kafir, the organization says, Muslims should call nonbelievers muwathin. This is an Arabic word for “citizen,” but it’s not very well-known in Indonesia.

The timing of this anti-kafir push is hardly accidental.

The timing of this anti-kafir push is hardly accidental.

Indonesia is gearing up for a high-stakes general election — one in which mainstream Indonesian Islam, epitomized by NU, will be challenged by fundamentalism.

In the 21st century, Indonesia has seen the rise of hard-line groups from vigilante mobs to Wahhabi purists. Ironically, Arifianto attributes this phenomenon to the country’s increased progress and prosperity.

“Now, for the first time, you have more middle-class people who are educated and reading the Quran on their own,” he said. “Expansions in higher education and literacy have turned more Muslims into free agents. They’re going on the internet … where conservative clerics tend to dominate.”

Related: Mobile technology for Muslims is changing faith in Indonesia

These groups have had a major impact, most notably in 2016. That was the year hundreds of thousands of protesters amassed in the capital, Jakarta, to target the then-governor, Basuki Tjahaja Purnama, who goes by Ahok.

They condemned Ahok, a Christian with Chinese ethnicity, as a kafir unfit to rule Muslims. Not only did he lose the ensuing election, but Indonesian courts, amid pressure from street movements, charged him with blaspheming Islam — all over a speech in which he contends the Quran does not forbid non-Muslims from leading Muslims. That got him locked up. His two-year prison sentence ended just weeks ago. 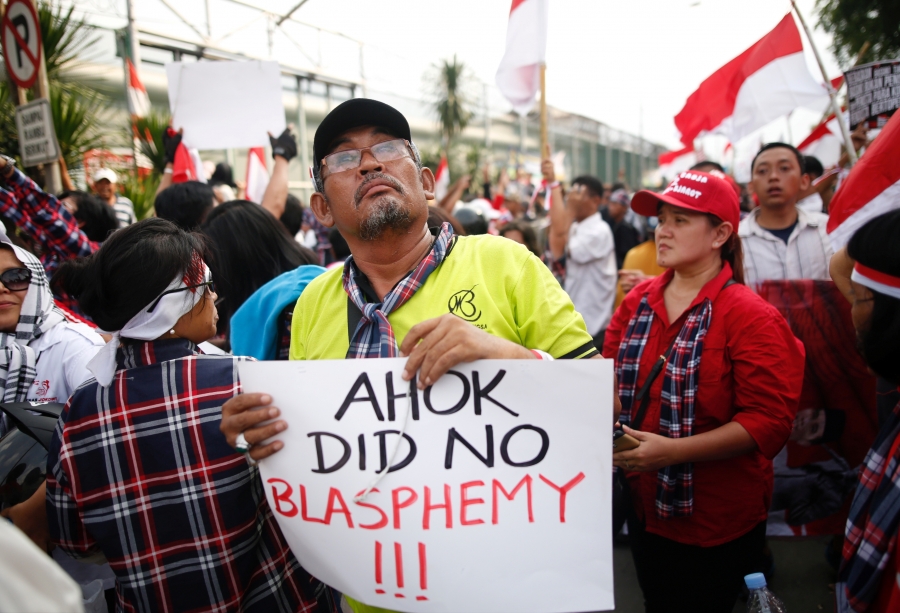 Supporters of Jakarta Governor Basuki Tjahaja Purnama, also known as Ahok, stage a protest outside Cipinang Prison, where he was taken following his conviction of blasphemy, in Jakarta, Indonesia, May 9, 2017.

This is the complex political chaos that is prodding the NU to push back on kafir — but it still belongs to that larger mission, Arifianto says, to sway the hearts of Muslims across the world.

“It’s an opening gambit … and they want to be taken more seriously by other Islamic groups,” he said. “But I’m afraid they have a long way to go.”