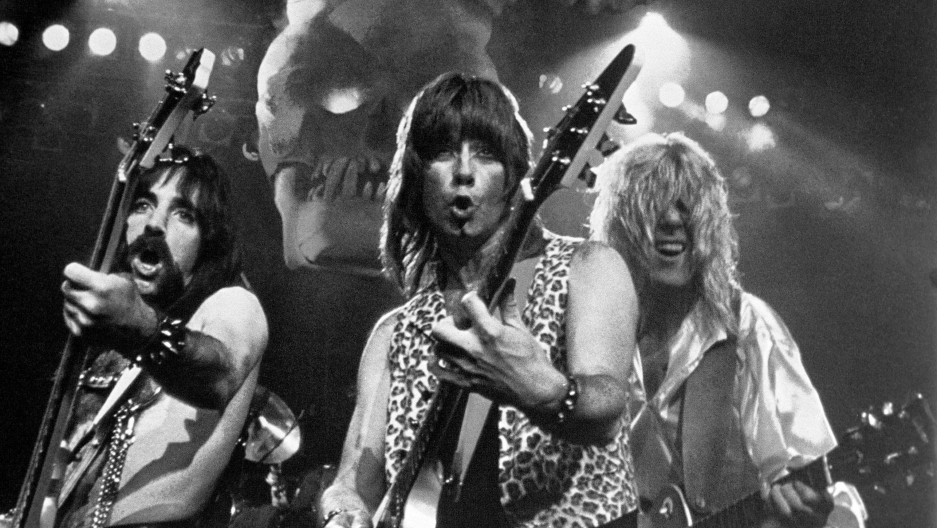 “This Is Spinal Tap,” the heavy metal mockumentary about one of England’s loudest bands, turns 35 this year. The 1984 satire parodies early metal bands and the rock music industry in general.

“I think it's the best documentary about a rock band that I've ever seen,” author Peter Occhiogrosso says. “The fact that the band was a fictitious band is beside the point.”

The film follows Spinal Tap on their tour of the US, with hilarious depictions of their experiences on the road, not being able to find the stage, malfunctions with their stage props and — most prominently — the conflicts surrounding the band’s management.

Director Rob Reiner, along with actors Christopher Guest, Michael McKean and Harry Shearer, created a backstory for each character and a basic outline of the film’s plot. The actors could then improvise many of the scenes live on camera. It created a template that would lead to decades of films from the actors, created in this same mockumentary style.

“When you get those wonderful comedians involved it's great because it gets a little bit dark but then it comes back up and it's really funny,” says Penelope Spheeris, director of “Wayne’s World” and the rock documentary trilogy “The Decline of Western Civilization.” “I have to take my hat off to them for making fun of the managers and the promoters and the record companies and those kind of people. They deserve it. They're the ones taking all the money.”

Even though the film makes fun of its subjects, the camaraderie of the actors charms the audience into caring about the characters. “So they're foolish and not too bright, and their sexual politics leave a great deal to be desired," says rock critic Robert Christgau, author of “Is It Still Good to Ya?” "Nonetheless there's a sense — well, they did as well as they could and maybe a little better with what they were given, and I think it's actually appropriate to say something cornball about it. There's a sense of human connection between those guys.”

The film is now a cult favorite, especially among musicians. “The concept of it was so understood, particularly by people inside the music industry, that the video cassette of the movie became one of the most widely watched videos on many rock bands' tour buses, including the heavy metal bands that the movie was intended to send up,” Occhiogrosso says. “Another tribute to the quality and the brilliance of the conception behind the movie.”