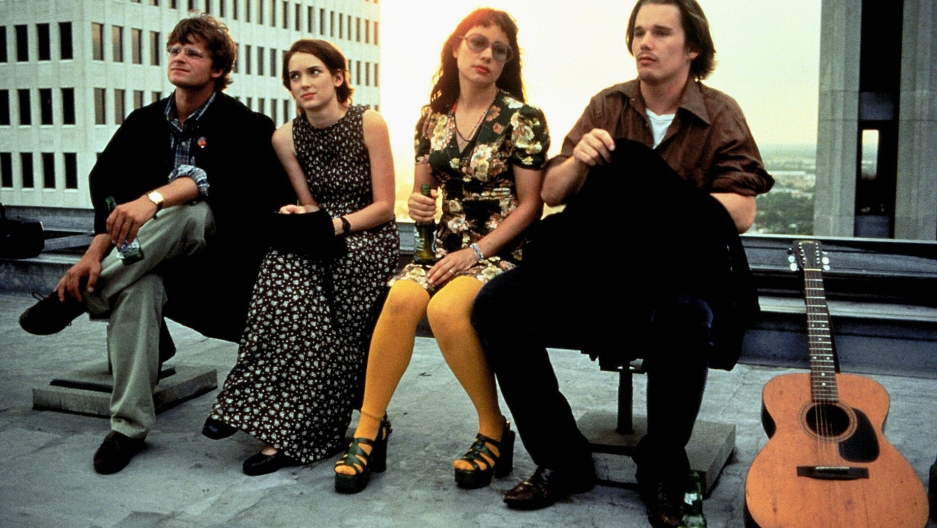 Helen Childress was a 20-year old student at USC when she was hired to write a screenplay about people in their 20s. “At the time there was no ‘Generation X,’” Childress says. “It was called the ‘Baby Busters.’ And so for a long time this was called ‘The Untitled Baby Buster Project.’” Naturally she turned to her and her friends’ experiences for inspiration.

The resulting film, re-titled “Reality Bites,” is a romantic comedy-drama, with a love triangle that illustrates the polarized worlds of the artist/slacker and the corporate yuppie. The characters’ plotlines echo some of the issues that young people were struggling with in the mid-’90s, including unemployment, maintaining artistic integrity and not selling out.

“Now, selling out is just having a job,” singer-songwriter Lisa Loeb says. Loeb’s song “Stay (I Missed You)” was included on the “Reality Bites” soundtrack and hit No. 1 on the Billboard charts after the film’s release.

Twenty-five years later, “Reality Bites” is regarded as a generational classic. “It’s funny what ends up striking a note with people,” says Childress. “I think it was the fact that we were the people we were making the movie about. There was not that much separation between what the script was and what we were all going through at that time.”