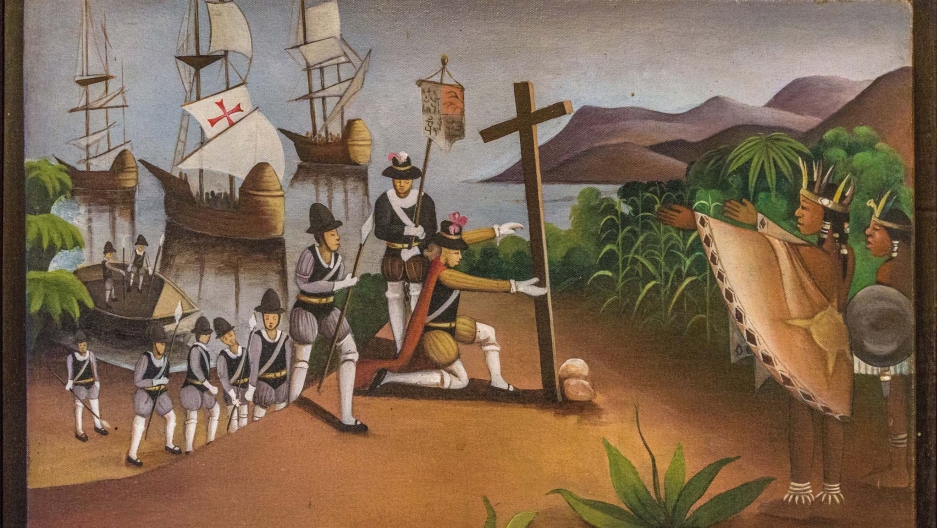 An artist’s impression of Columbus arriving in America by Wilhem Berrouet.

While Europe was in the early days of the Renaissance, there were empires in the Americas sustaining more than 60 million people. But the first European contact in 1492 brought diseases to the Americas which devastated the native population, and the resultant collapse of farming in the Americas was so significant that it may have even cooled the global climate.

The number of people living in North, Central and South America when Christopher Columbus arrived is a question that researchers have been trying to answer for decades. Unlike in Europe and China, no records on the size of Indigenous societies in the Americas before 1492 are preserved. To reconstruct population numbers, researchers rely on the first accounts from European eyewitnesses and, in records from after colonial rule was established, tribute payments known as “encomiendas.” This taxation system was only established after European epidemics had ravaged the Americas, so it tells us nothing about the size of pre-colonial populations.

Early accounts by European colonists are likely to have overestimated settlement sizes and population to advertise the riches of their newly discovered lands to their feudal sponsors in Europe. But by rejecting these claims and focusing on colonial records instead, extremely low population estimates were published in the early 20th century which counted the population after disease had ravaged it.

On the other hand, liberal assumptions on, for example, the proportion of the Indigenous population that was required to pay tributes or the rates at which people had died led to extraordinarily high estimates.

Our new study clarifies the size of pre-Columbian populations and their impact on their environment. By combining all published estimates from populations throughout the Americas, we find a probable Indigenous population of 60 million in 1492. For comparison, Europe’s population at the time was 70 to 88 million spread over less than half the area.

By knowing how much agricultural land is required to sustain one person, population numbers can be translated from the area known to be under human land use. We found that 62 million hectares of land, or about 10 percent of the landmass of the Americas, had been farmed or under another human use when Columbus arrived. For comparison, in Europe 23 percent and in China 20 percent of land had been used by humans at the time.

This changed in the decades after Europeans first set foot on the island of Hispaniola in 1497 — now Haiti and the Dominican Republic — and the mainland in 1517. Europeans brought measles, smallpox, influenza and the bubonic plague across the Atlantic, with devastating consequences for the Indigenous populations. 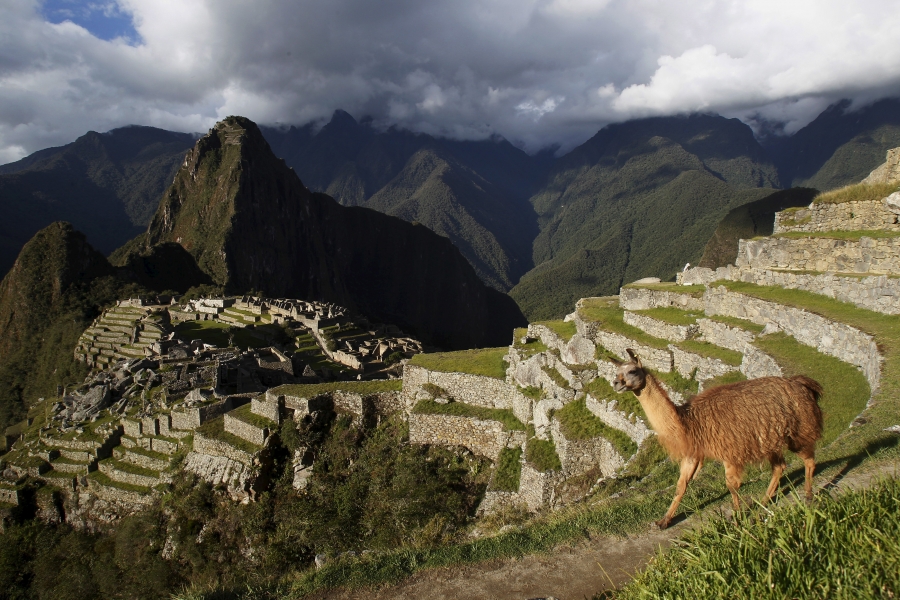 A figure of 90 percent mortality in post-contact America is extraordinary and exceeds similar epidemics, including the Black Death in Europe — which resulted in a 30 percent population loss in Europe. One explanation is that multiple waves of epidemics hit Indigenous immune systems that had evolved in isolation from Eurasian and African populations for 13,000 years.

Native Americas at that time had never been in contact with the pathogens the colonists brought, creating so-called “virgin soil” epidemics. People who didn’t die from smallpox, died from the following wave of influenza. Those who survived that succumbed to measles. Warfare, famine and colonial atrocities did the rest in the Great Dying.

This human tragedy meant that there were simply not enough workers left to manage the fields and forests. Without human intervention, previously managed landscapes returned to their natural states, thereby absorbing carbon from the atmosphere. The extent of this regrowth of the natural habitat was so vast that it removed enough CO₂ to cool the planet.

The lower temperatures prompted feedbacks in the carbon cycle which eliminated even more CO₂ from the atmosphere — such as less CO₂ being released from the soil. This explains the drop in CO₂ at 1610 seen in Antarctic ice cores, solving an enigma of why the whole planet cooled briefly in the 1600s. During this period, severe winters and cold summers caused famines and rebellions from Europe to Japan. 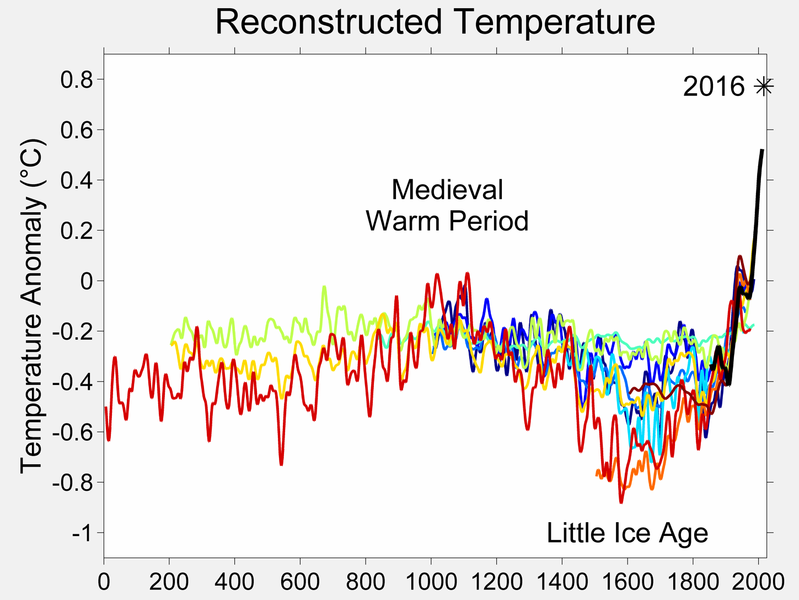 Global temperatures dipped at the same time as the Great Dying in the Americas.

The modern world began with a catastrophe of near-unimaginable proportions. Yet it is the first time the Americas were linked to the rest of the world, marking the beginning of a new era.

We now know more about the scale of pre-European American populations and the Great Dying that erased so many of them. Human actions at that time caused a drop in atmospheric CO₂ that cooled the planet long before human civilization was concerned with the idea of climate change.

Such a dramatic event would not contribute much to easing the rate of modern global warming, however. The unprecedented reforestation event in the Americas led to a reduction of 5 parts per million CO₂ from the atmosphere — only about three years’ worth of fossil fuel emissions today.