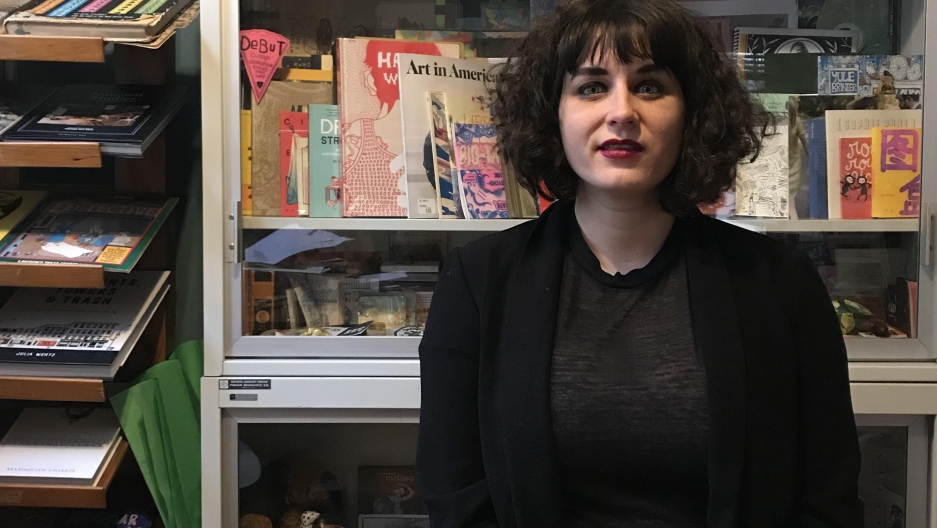 Courtesy of the artist.

There’s a great and kind of funny new exhibit at the Museum of Contemporary Art in Chicago. It’s the work of a young artist — a Canadian living in Chicago named Jessica Campbell who, for this show — her first solo exhibit — created work almost exclusively out of carpet. 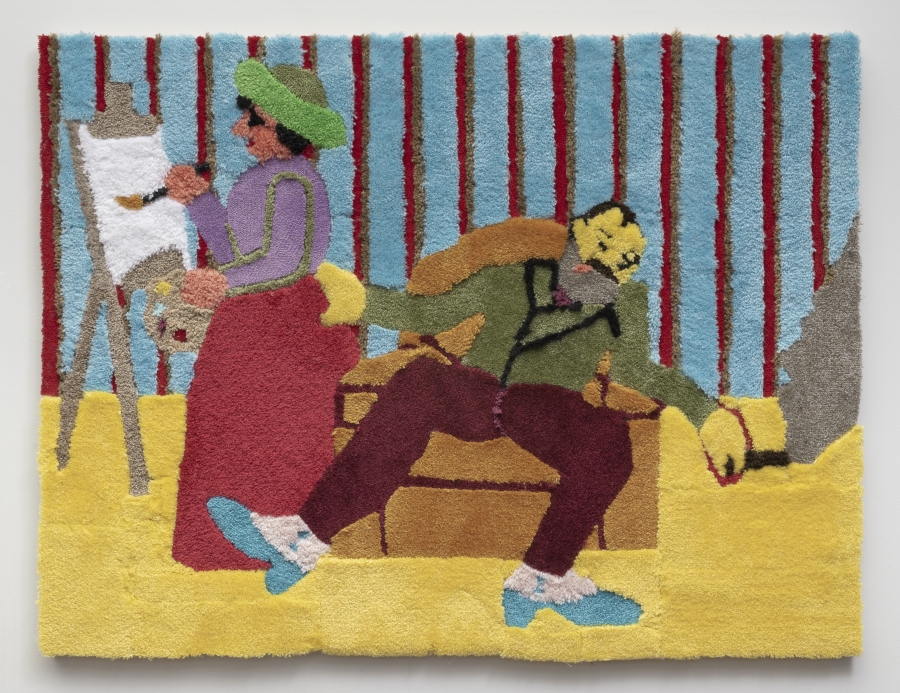 “Funnily enough, I don’t think that many people have worked in carpet,” Campbell says.

Her foray into carpet is relatively new, but Campbell is an artist who works in many media, including painting, drawing and performance. She has written two comic books, “Hot or Not: 20th Century Male Artists” and “XTC69,” and regularly writes short panel cartoons that satirize everyday life, from guilty-pleasure TV to gender politics. 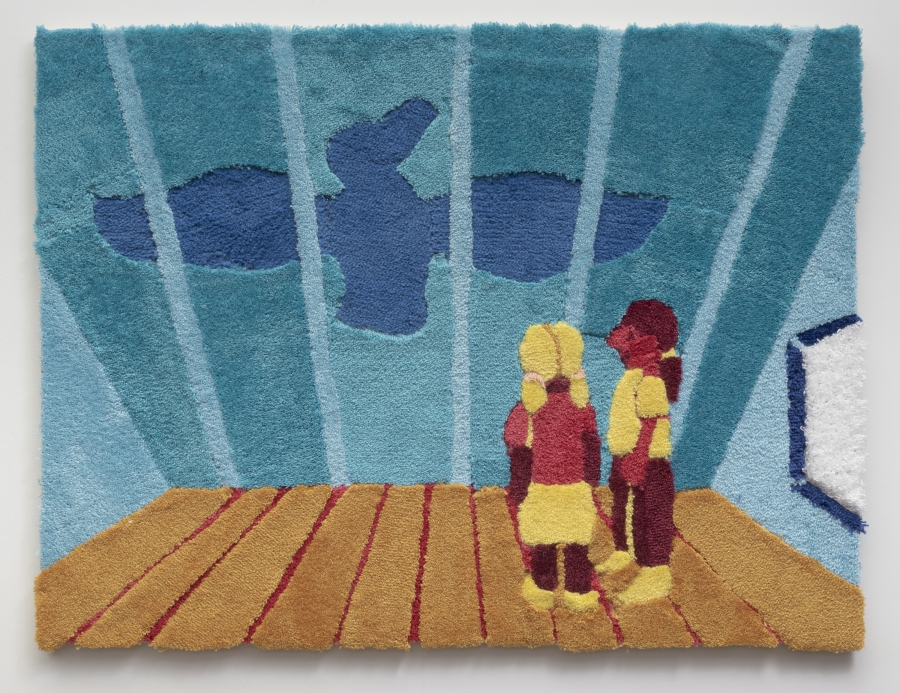 For her show at the Museum of Contemporary Art, Campbell combines her comic style, Canadian heritage and academic background to create a room-sized comic book made entirely out of carpet. 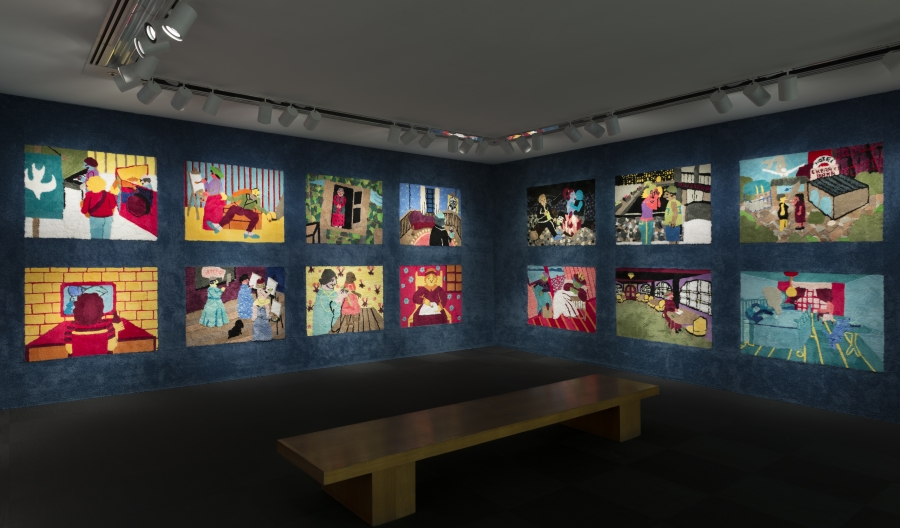 The large comic panels, which are made of different brightly colored carpet pieces, feature crude, muppet-like figures engaging in activities that can be unassuming — painting, playing with a dog, working on a computer — but also uncomfortable, like the panel of a man who is accidentally exposing himself to two children. 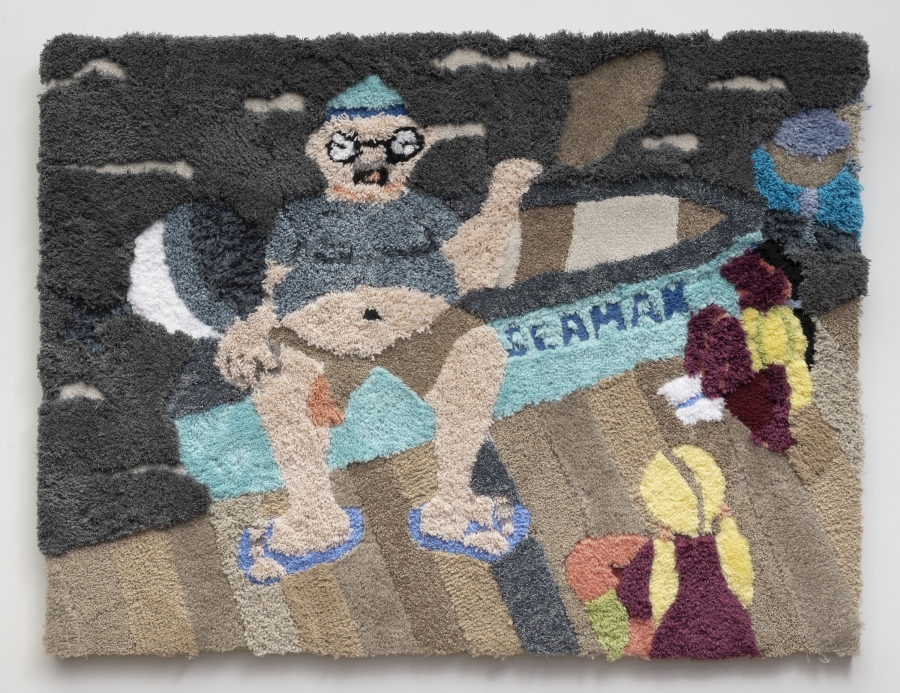 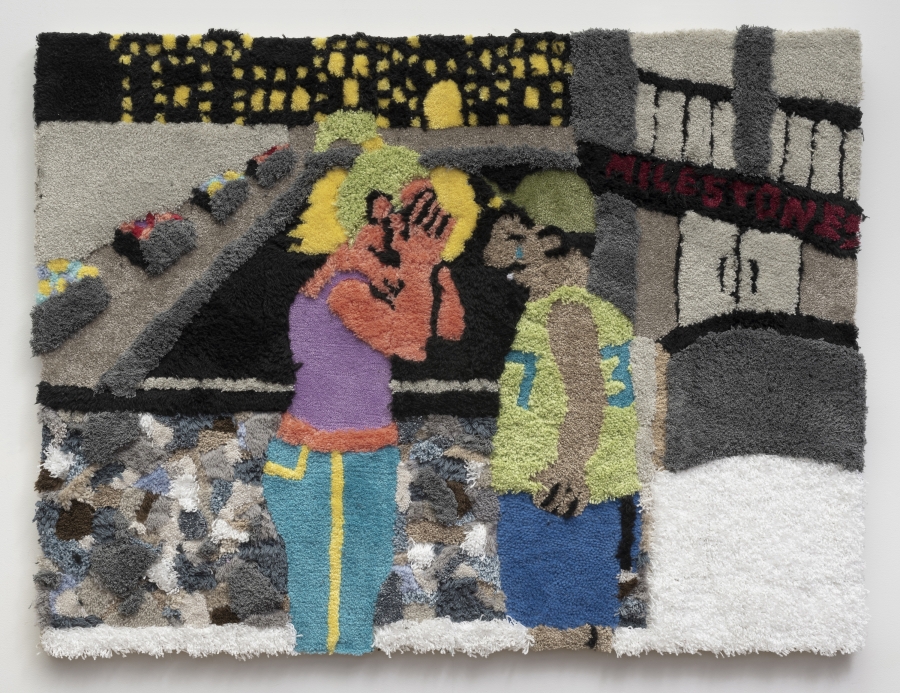 “Contrast is something I’m really interested in,” Campbell says. “Something that’s seductive to look at that you want to go look at these bright colors and then when you get up close, it’s a bit off-putting.”

Kurt Andersen talks with Campbell about working in contradictions, having a sense of humor in the art world and the intricacies of making art with carpet.

“Chicago Works: Jessica Campbell” is on view at the Museum of Contemporary Art in Chicago through July 7.