In April 2018, a controversial statue was removed from Central Park. Acting on protests from local residents and activists, the New York City Art Commission voted unanimously to remove the statue of Dr. J. Marion Sims from the park and move it to Green-Wood Cemetery, where the doctor is buried.

Sims was a pioneering surgeon who founded the first women's hospital and developed several tools and procedures for gynecology. The reason for the controversy: Sims performed his medical experiments on black female slaves. 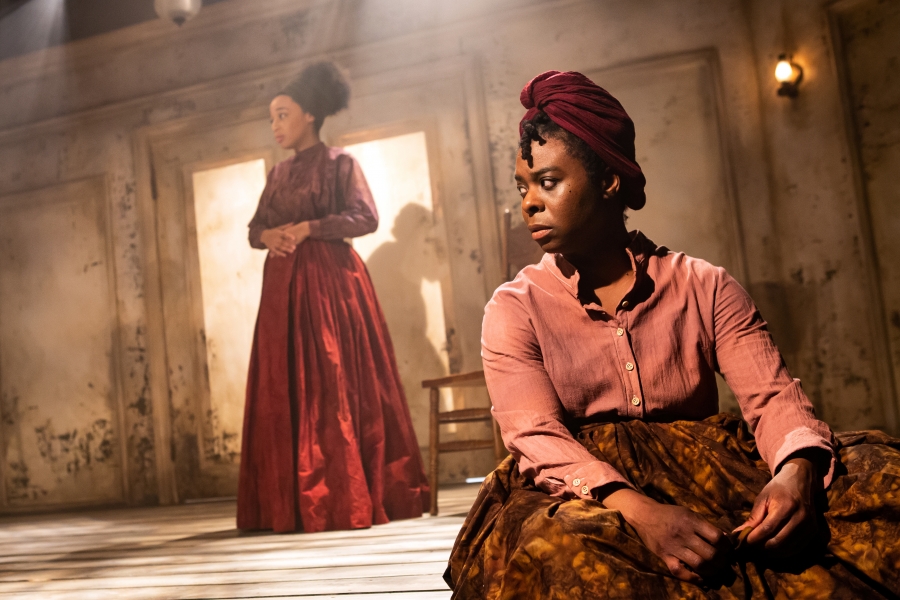 Amber Reauchean Williams and Jehan O. Young in “Behind the Sheet.”

In a new play called “Behind the Sheet,” playwright Charly Evon Simpson examines the system of slavery that allowed a doctor like Sims to get his medical subjects so cheaply.

"On one level you have this doctor working to fix a problem that he sees but he's working within the system of slavery. In that time, enslaved women were a part of the economics of a plantation and if they were broken that was a financial problem." 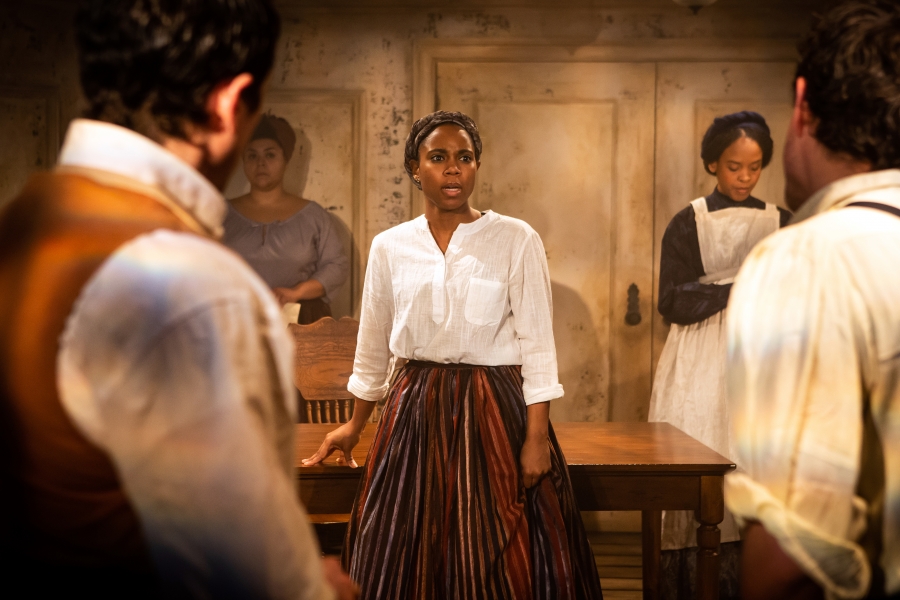 Cristina Pitter, Naomi Lorrain and Nia Calloway in “Behind the Sheet.”

Imagine suffering through 10, 12, 30 surgeries — without anesthesia — in the most vulnerable and intimate part of your body. That was the brutal reality of the women who had no choice but to submit to Sims' experiments. In her play, Simpson explores what their lives might have been like, but, she didn't want to just imagine their pain.

"They end up being the sisters and the moms that they have lost. They're also each other's nurses, they're the ones taking care of them after surgeries, when they're feeling their most pain whether it's in giving birth or whether it's having a surgery. But ultimately it's the caring of each other that is the main theme." 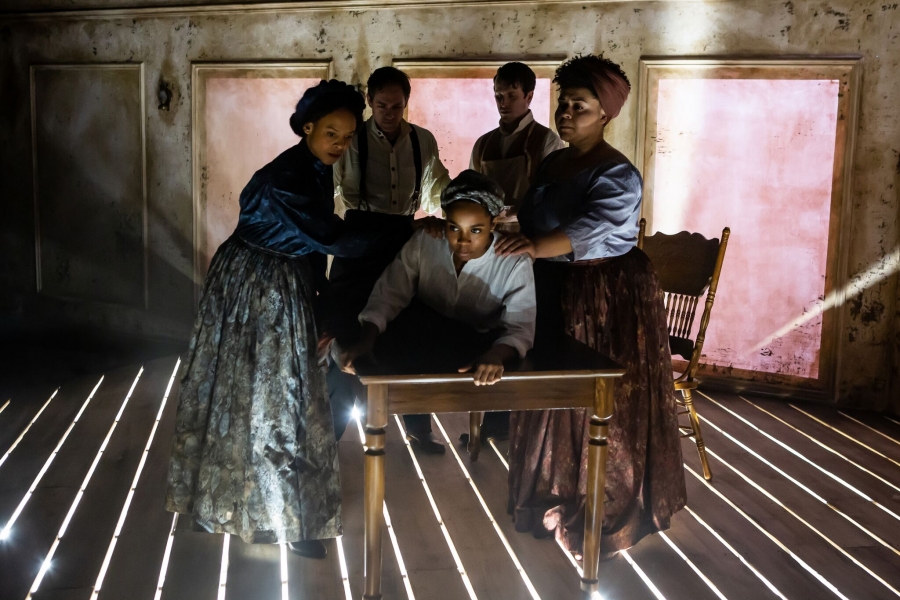 To find out more about J. Marion Sims, read this essay by Rich Kelley. “Behind the Sheet,” directed by Colette Robert, is at the Ensemble Studio Theatre in New York until March 10, 2019.