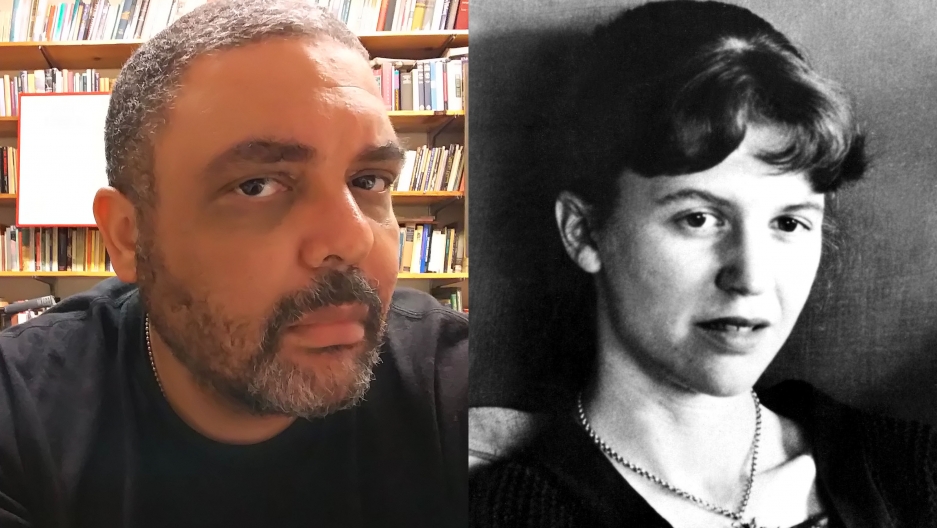 The poets Shane McCrae and Sylvia Plath pictured half a century apart.

One day at school in the early 1990s, Shane McCrae watched a TV movie about teen suicide. The first half was all exactly what you would have expected: cheesy platitudes, heroic teachers and feathery haircuts.

Then, a character quoted the poetry of Sylvia Plath.

“I don't want to be hyperbolic, but it did feel like a kind of an electric shock,” McCrae remembers. “I had never heard anything like it. I never had a feeling like that.”

That day, he wrote eight poems at school. Then he took the bus home and wrote some more. From there, McCrae dived deeper into Plath’s life, checking out a book of her poems from the library and never returning it.

Today, McCrae is a professional poet. And even though Plath is no longer his “central poet,” she remains his emotional and creative bedrock. We talked to McCrae to learn how a long-dead, white, East Coast writer known for her tragic suicide gave purpose and uplift to a young black teenager living in suburban Oregon.