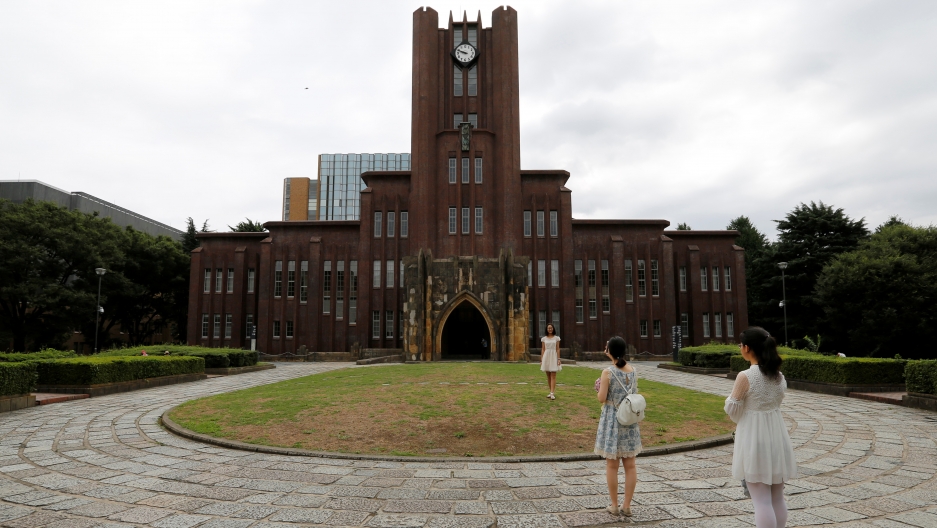 Yasuda auditorium is seen at the University of Tokyo in Tokyo, Japan.

A Japanese university student on Wednesday rejected an apology by a magazine over an article it published on how easy it was to coax female undergraduates into having sex.

The weekly tabloid magazine, Spa!, caused outrage with an article in late December ranking five Japanese universities on how easy it was to persuade female students to have sex at drinking parties.

Kazuna Yamamoto, an international relations student at the International Christian University in Tokyo, posted an online petition protesting about the article. It received over 40,000 signatures in just six days.

"The fact that objectifying women and sexualizing women is a good cover story is just sick and disturbing. Stand up, Japan. Because it's 2019," Yamamoto told The World.

The magazine apologized in the Japanese media over its "sensational language" but Yamamoto, 21, said she did not accept the gesture and wanted the article to be retracted.

Yamamoto grew up mostly outside of Japan and says she got used to the value of gender equality. She's frustrated that patriarchal attitudes persist in Japan and she's downright angry that the global #MeToo movement has had very little impact on how women are treated there.

"The world is going for gender equality while Japan is taking steps back," she said. "I'm sick of the society that uses underaged girls in bikinis to fulfill the fetishes of those who love baby faces."

The World's Marco Werman spoke to Kizuna Yamamoto from Tokyo on Wednesday.

Marco Werman: What kind of magazine is Spa!? Who reads it?

Kazuna Yamamoto: It's a tabloid magazine. It's for like 20s, 30s, 40s and it just has a lot of articles about women, sex. Occasionally it does have some articles about politics or any social issues going on but a lot of them are kind of like sex, just sexualizing women, ranking.

The audience is male?

So, you took issue with Spa! publishing this article and you launched an online petition calling for the magazine to apologize. But you did it in English. Why?

Well, first of all, I'm more comfortable speaking English. And also I felt like in Japan, there are so many people that have been trying to speak up about feminist issues or sexual harassment, rape, and everyone gets silenced. And then I realized that the people around me, the majority speak English. I realized it might actually be more powerful to get the international community, or even the Japanese people that live abroad, or Japanese people who have lived abroad, to speak up with me so that we can pressure Japan from the outside.

I think right now we're at about 50/50. Especially because after my Japanese friends started sharing it and speaking up, a lot of Japanese media has gradually talked about us, has interviewed me. I've gotten a lot of responses from young and old Japanese men and women. So really, a diverse audience.

Are you getting any pushback from speaking out?

A few, not too much though. I thought there would be more. Or maybe I'm just not looking in the right places. But the majority of the responses are really good.

So you asked for Spa! to apologize and they did. What did they say?

They apologized for using such "sensational words," that they should have used words that are like, "to get close to girls" or to like "take home girls." And they apologized for putting the real universities. They also said that the ranking wasn't based on any credible source. It was based on the author's ideas, perception and stories he's heard. But they didn't apologize for the actual problem, which was sexualizing university students.

And so in their apology did they suggest that they're not going to do this anymore?

They didn't say anything like that. They're like, "We're just sorry that our audience feels uncomfortable." So we actually did write them back.

We told them that we want to have a meeting with them because we didn't want to just pressure them. We want to actually talk to them. We want to have them understand why this is a problem, how much media has an influence on society, and how we have to change that because it's 2019. Japan's living as it were 20, 30 years behind all the other developed nations.

And then they responded that they are willing to have a meeting with us.

In your petition you cited the #MeToo movement all over the globe. What sort of impact has it had in Japan?

I would say very little. Honestly, the #MeToo movement is barely touching the Japanese society.

I originally thought that it would be a really small path since I was just going to get the signatures, bring them to Spa! and tell them to apologize. But now we're trying to get more people to speak up because Spa! isn't the only tabloid magazine or magazine that does articles like this. There are a lot of other magazines that sexualize both men and women in a really gross way. Especially, they sexualize young girls and boys, as well. So, we want to bring it up to other media companies to show them that this has to change. The fact that the media has so much impact in the Japanese society and all of these gender equality problems in Japan are rooted in the society and the culture. We have to change the things that surround us or our society won't change.

I can think of so many aspects of Japanese culture that seem really advanced. Why does Japan fall down so badly in terms of gender equality?

I think it's something [that is] honestly, rooted. For example, until 30 years back, no matter if a woman graduated a normal four-year university — or any university honestly — they wouldn't be able to even apply to the same jobs that men had, just because it's a very patriarchal society. For example, the majority of the male population expects women to cook and do everything in [the] household. Now we are trying to promote working women. But now, the male population wants women to cook, take care of the child, take care of them, and work.

Do you think Japanese women are pushing back in the way that they need to?

Not at all. The Japanese society ... it silences people. One of the biggest problems here in Japan is that if you're a nail that stands out, you get hammered back down. And it's very true. If you try to do something different, the society frowns upon it and they, kind of, fix you like a cookie cutter so that you're in the same shape as them. Even if females try to speak up for themselves, the society will either victim-blame them or just not deal with it. And that's been going on for so long.

I'm also curious, are your parents supporting you in this?

Yes. My dad is like, "what's happening?" because he's also very traditional, still. But my mother is very supportive. She is honestly a rock star. She's been supporting me since day one. She told me that because she also grew up in a very traditional family where they didn't believe that a woman should, for example, go to university, she had to fight that, too. So now she wants me to succeed. She wants me to stand up and just be true to myself.