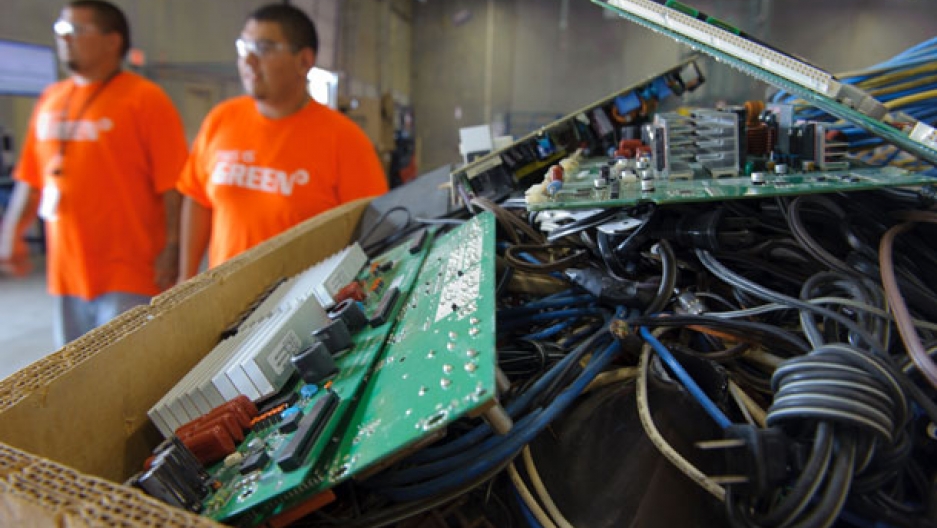 Electronics are a rapidly growing part of the waste stream, because devices like smartphones are becoming more difficult and expensive to repair.

America’s throw-away culture has expanded in the last decade from everyday products and food to include consumer electronics — from iPhones to big-screen TVs. In response, a "Right to Repair" movement is now advocating for laws that allow people to fix the things they own.

In October, Right to Repair won a major victory: The Library of Congress and the US Copyright Office modified rules to allow consumers to hack into embedded software as needed for repair and maintenance. But, as Nathan Proctor, director of the Right to Repair campaign of the Public Interest Research Group, explains, there’s still much more work to do.

“When you can't fix something, it means that it ends up in the waste stream before it might normally need to,” Proctor says. “As our world has gotten more and more computerized, it's getting more and more difficult for people to maintain the things in their lives. This is true of our smartphones and our dishwashers and even of tractors and other ag equipment.”

Electronic waste is one of the most rapidly growing parts of the waste stream, Proctor says. The UN estimates that 60 million tons of electronic waste is generated each year. That’s the equivalent of 125,000 jumbo jets. Americans throw out 416,000 smartphones every day.

“We buy these incredible $800 computers, which are very useful … and we treat them as if they're essentially disposable,” he says. “Ten years ago, it would have been unthinkable to buy a phone, keep it for one year and then upgrade to another phone.”

The companies who make these products don’t want consumers to be able to fix them on their own. They’d rather make money from servicing them or from persuading you to buy a new one. This extends to things like farming equipment that have become increasingly more complex over the years.

Not so long ago, most farmers could either repair their own equipment or could keep their equipment going using local help, Proctor points out. If they couldn't fix it, there was somebody close by who could. As the equipment became increasingly reliant on software, this became more and more difficult.

Then, in 2015, the Library of Congress issued an exemption to the Digital Millennium Copyright Act for agricultural equipment, specifically saying that farmers had the right to modify software if it interfered with their ability to repair their device.

“Almost overnight John Deere updated their terms of service for using a tractor … to basically make any modification to the software to be a violation of those terms of service,” Proctor says.

With smartphones, as almost any consumer knows, one of the main problems is that the batteries are so difficult to replace.

Related: New Chinese policy is forcing people to think: Is there a better way to recycle?

“They are held in with adhesive. The instructions for how to properly switch them out are not being provided by the manufacturers anymore and the original replacement batteries are no longer being sold by the manufacturer,” Proctor explains. “You have to go through an authorized provider to get that battery service. And a lot of times, if you take it to that provider, they will just try to sell you a new phone."

“If you have all five of those things, then you can fix it,” Proctor says. “We think of them like a five-legged stool, which means that if it is missing one leg, it's still stable, but it's much more stable with all five legs,” Proctor says.