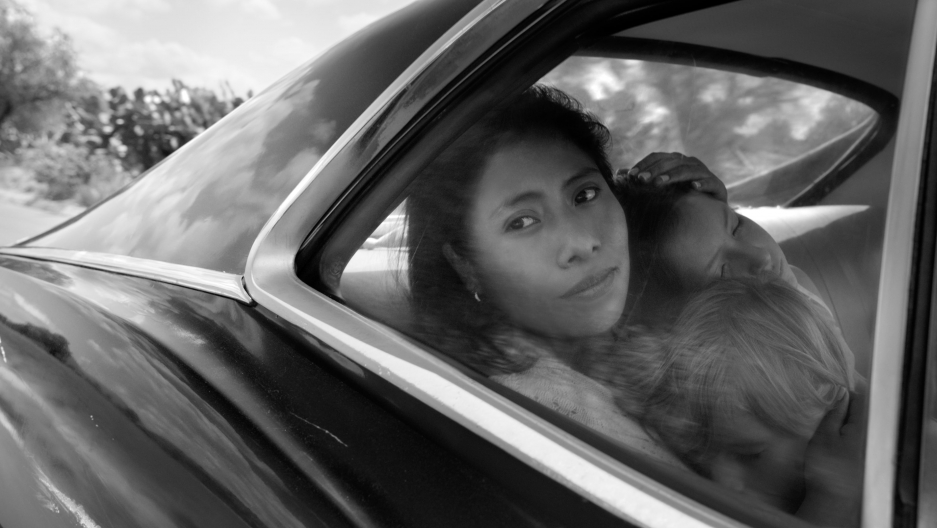 The woman on the cover of this month's Vogue Mexico is a face you probably haven't seen before. She's Yalitza Aparicio — an Indigenous Mixtec woman whose debut role in Alfonso Cuaron's "Roma," is challenging stereotypes on what it means to be an Indigenous woman in Mexico.

In her interview with Vogue Mexico, Aparicio speaks about the casting process of “Roma,” Cuaron’s autobiographical film set in Mexico City in the ‘70s. The casting crew traveled to small Indigenous villages in Oaxaca state in search of a woman who could interpret the role of Cleo, Cuaron’s real-life nanny who helped his mother raise him and his siblings.

The casting process was something out of the routine in Tlaxiaco and Aparicio told Vogue that her family was suspicious of the process.

“[My family] was against it at the beginning," she said. "When I moved on to the next stage and I had to travel to the city of Oaxaca they got scared.”

As a result, her mother traveled with her to Oaxaca and later to Mexico City.

A first-time actress, Aparicio had just completed her studies to become a preschool teacher when she auditioned and was cast for the film. She was born in the town of Tlaxiaco, in Mexico’s Oaxaca state, to Indigenous Mixteca and Triqui parents.

Beyond Vogue, Aparicio has been walking the red carpet with the “Roma” cast, doing interviews with media outlets and American late-night shows and attending award galas such as the Hollywood Film Awards, grabbing media headlines and garnering an outpouring of reactions on social media inside and outside of Mexico.

Finally saw ROMA and wow... mesmerized by this woman (a first-time actor) and moved by Cuaron’s very personal story which he tells with so much heart and with masterful cinematography. Almost couldn’t make it through a couple of scenes, though, in my emotional hormonal state 😭 @yalitzaapariciomtz eres una diosa!!! Seeing this face everwhere fills me with joy. it has taken waaaaay too long to get here and that is shameful but let’s celebrate this moment and keep the door wide open for indigenous people to be seen on this scale. If she isn’t nominated for an Oscar I don’t even know what #romamovie #yalitzaaparicio #wcw #alfonsocuaron #representationmatters #indigena #mexico

For Arlene Dávila, an anthropology professor at New York University, Aparicio’s Vogue cover and the reaction to it speaks volumes about the visibility of Indigenous people in the media throughout the Americas.

“This great outpouring that you've seen is an incredible reaction to the fact that we're not used to seeing images like this, certainly not associated with beauty, certainly not on the cover of Vogue,” Dávila said.

For Dávila, this is an important conversation to have in Mexico, a country that produces and exports media content consumed throughout the Americas.

Related: This Indigenous tribe in Colombia is run solely by women

“Throughout Latin America and here in the United States, what the US Latinx population sees as representations of Latin Americans is blue-eyed actors and actresses [in most] Spanish-language television that is exported and produced in Mexico,” Dávila said.

Aparicio’s character, Cleo, speaks in the Mixtec language throughout the film, but Aparicio told Vogue that she did not learn Mixtec growing up because her father feared his children could be discriminated against for not speaking proper Spanish.

Nancy García, Aparicio’s personal friend who also plays a maid in the film, helped Aparicio with the language on set.

Mixtec is an ancient Indigenous language composed of a variety of dialects that are spoken in villages in an area known as “La Mixteca” in southern Mexico.

Angelina Trujillo, a Mixtec language instructor affiliated with the Center for Latin American Studies at San Diego State University, says that it is common for parents to lead their children to adopt Spanish as their main language at the expense of their native Mixtec because of the stigma and discrimination.

“There is discrimination because of the lack of understanding of the grammatical differences between Spanish and Mixtec," Trujillo said. "Indigenous people use Spanish in a different way, which sometimes leads to discriminatory comments about their intellectual capacity."

“The use of Mixtec in the movie and the attention Mixtec actress Yalitza Aparicio is getting will send a message that this language and culture are alive,” Trujillo said.