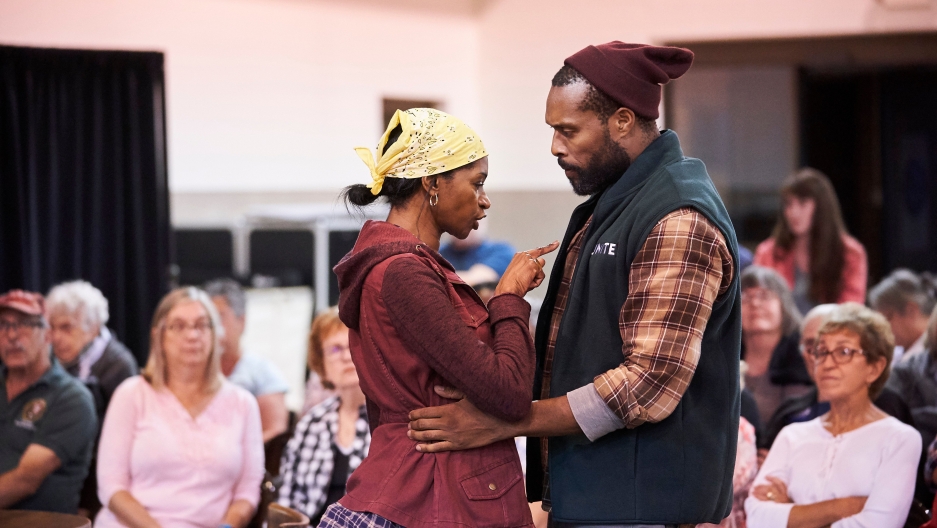 Jenny Jules and Benton Greene in the Mobile Unit National Tour of “Sweat,” written by Lynn Nottage and directed by Kate Whoriskey, in Ravenna, Ohio, during a free tour to 18 cities in the Midwest.

Lynn Nottage’s play “Sweat” won the Pulitzer Prize for Drama in 2017. It tells the story of a group of friends who work in a factory in Reading, Pennsylvania, and are reeling from layoffs and racial tension.

The Public Theater’s Mobile Unit took the show on the road and visited 18 places in the Rust Belt. One of these unconventional venues was a public library in St. Cloud, Minnesota. Studio 360 was there to capture the moment.

(Invaluable production assistance on the ground in Minnesota was provided by Allison Herrera.)