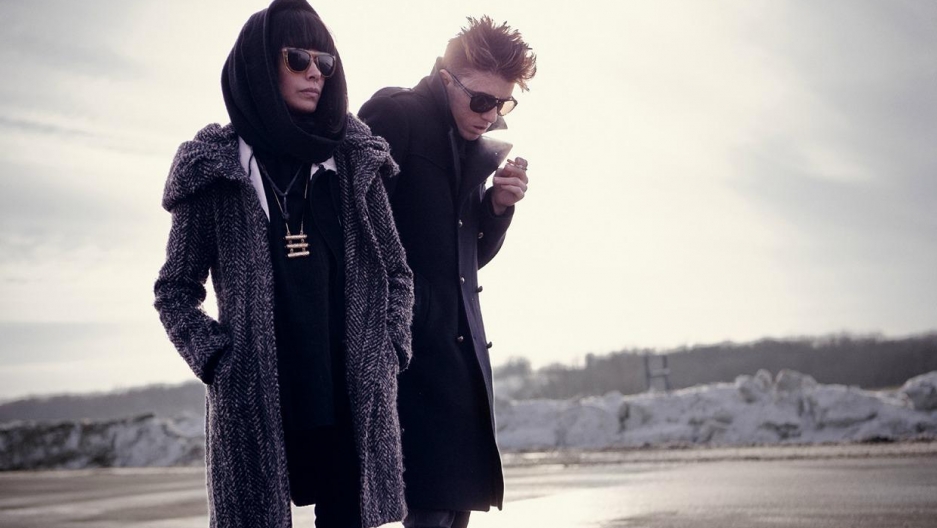 “School of Seven Bells” members Alejandra Deheza and Benjamin Curtis on tour in 2012.

The band called School of Seven Bells started as a love story.

In the early 2000s, Benjamin Curtis played guitar in a band called Secret Machines. At the same time, Alejandra Deheza was in another band called On! Air! Library! Deheza and Curtis met when their bands ended up on a tour together. It was kismet, like a movie.

“There was just something that hit. It was like lightning,” Deheza says. “I knew that we were definitely going to do something together — in life, definitely, but also musically.”

That “something” became School of Seven Bells.

In the summer of 2012, Curtis and Deheza began work on “SVIIB” — their fourth studio album. They were on a roll. “We just had so much freedom, we were so happy,” Deheza says. By the end of the summer, they had written pretty much all of the record. The plan was to go on tour that fall, and finish the record together in the spring.

But fate intervened and Deheza had to finish the album and find her voice in the process. “It’s taken this whole time for me to stop asking that question: What would he do here?” she says.