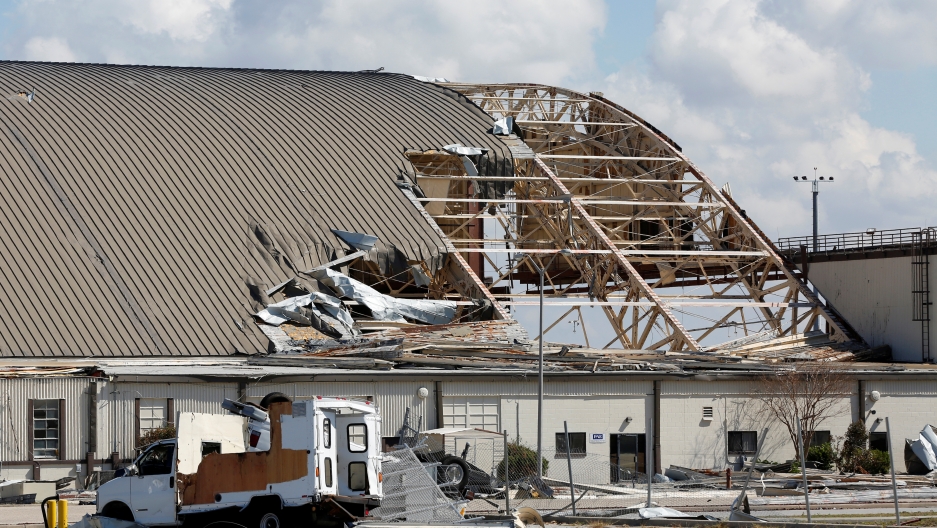 Hurricane Michael aimed squarely at Tyndall Air Force Base when it hit the Florida panhandle last week. The storm left destruction in its wake, and evidence of just how vulnerable US military assets are to the impacts of climate change.

The Air Force says every home on the 29,000-acre base was significantly damaged and service members stationed there have not been allowed to move back yet.

Michael’s winds knocked out power, smashed buildings into piles of lumber, destroyed runways and flipped over cars. It tore roofs off airplane hangers, and damaged F-22 stealth fighter jets worth more than $300 million each. 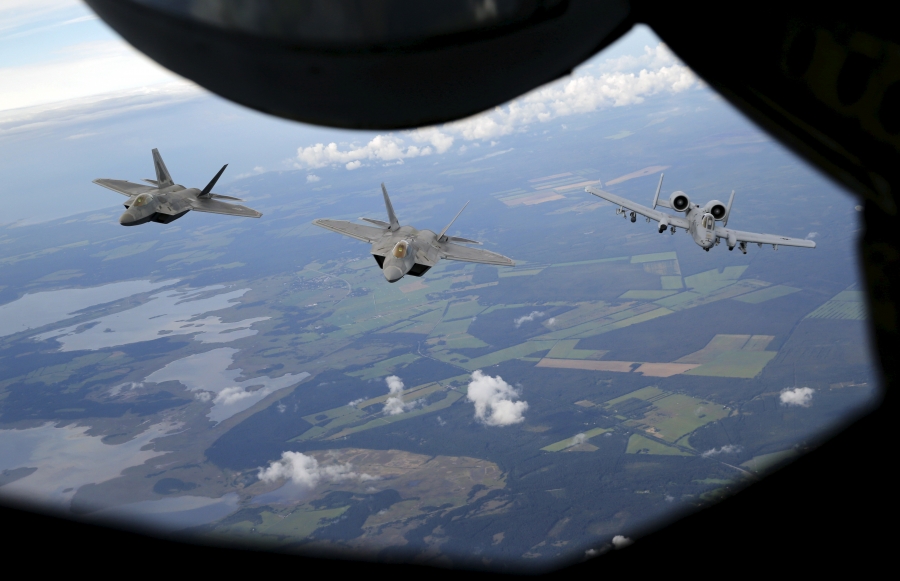 F-22 fighter jets, pictured in a 2015 photo, were damaged at Tyndall Air Force Base during Hurricane Michael in October of 2018. The New York Times reports 17 jets were left there to weather the storm, but the Air Force is not confirming an exact number.

More than a week after the storm hit, officials are still surveying the damage. But when they’re done, the repair costs will not be added to any running tab of military spending related to extreme weather or climate change.

Because that doesn’t exist.

Neither do comprehensive estimates of how much climate change impacts — like increasingly severe storms, rising seas, flooding or drought — will cost the military in repair, rebuilding or adaptation costs.

“I think that it is fair to say that the military does not know what the costs of climate change will be going forward,” said John Conger, who oversaw energy, installations and the environment for the Department of Defense under the Obama administration and is now head of the Center for Climate and Security.

At least some parts of the government think they should.

Last year, the Government Accountability Office recommended the branches of the armed services start tracking the costs of extreme weather and climate change at all their installations.

“We think it’s important to capture the distinction between a normal maintenance or repair versus the consequence of a severe storm so that it helps to guide future adaptation projects,” said GAO’s Brian Lepore, who wrote the report for the watchdog agency.

Without tracking these costs, the GAO argues, the Defense Department won’t have the information it needs to work climate-related spending into future budgets.

Lepore argues it’s a lot easier to justify the cost of an adaptation project like strengthening a hangar roof if military officials know how much they’ve spent repairing hangar roofs in the past — not to mention the expensive aircraft that sit inside them —  and how much more they might need to spend in the face of increasingly intense storms.

And it’s not just about the money.

The Department of Defense responded to the watchdog agency’s 2017 call to track climate and extreme weather costs by writing that “associating a single event to climate change is difficult and does not warrant the time and money expended in doing so.”

Department of Defense spokeswoman Heather Babb added in an email to The World that the department is currently reviewing its climate resilience policies. Today, it plans and designs facilities to address local weather and environmental conditions, and considers climate change in its installation planning.

But climate resilience is “a cross-cutting consideration” across the military, not a specific program.

“For that reason, we do not have a specific funding line or account,” Babb wrote.

But the science of attributing specific damages to climate change, and projecting climate risks going forward, has become increasingly common.

In the past handful of years, scientists have grown more confident in attributing specific elements of extreme weather to climate change. They still don’t usually say a specific drought or hurricane was caused by climate change, but they do routinely calculate how much climate change may have contributed to specific weather events. They’ve found that an individual heatwave was twice as likely because of climate change, for example, and that at least 15 percent more rain fell during a hurricane due to climate change.

Trevor Houser, a partner at the economic research company Rhodium Group and co-founder of the Climate Impact Lab, says combining that new science with big economic data allows firms like his to estimate how much climate change will cost investors, insurance companies and government agencies.

“I don’t know exactly what it would cost,” Houser said, “but I’m guessing it would cost them less than, you know, half of a wing of one F-16 fighter.”