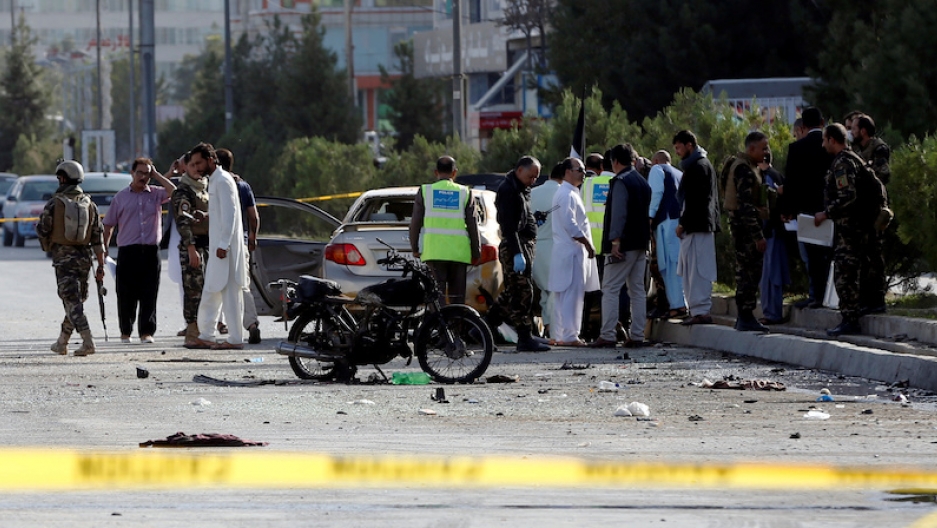 At least 8,050 Afghan civilians were killed or wounded in the first nine months of 2018, almost half of them targeted by suicide bomb attacks and other improvised devices that may amount to war crimes, the United Nations said on Wednesday.

The number of casualties was roughly in line with the same period a year earlier, when there were 8,084 casualties, with deaths this year rising five percent to 2,798 and injuries falling three percent to 5,252, the report from the UN Assistance Mission in Afghanistan (UNAMA) said.

"As there can be no military solution to the fighting in Afghanistan, the United Nations renews its call for an immediate and peaceful settlement to the conflict," said Tadamichi Yamamoto, the top UN official in Afghanistan.

Seventeen years after US forces led a campaign to overthrow the Taliban following the Sept. 11 attacks on New York and Washington, the figures underline how dire the security situation remains.

While the figures show little change in the overall trend of violence, the UN highlighted the indiscriminate use of suicide and IED attacks, which killed 1,065 civilians and wounded 2,569 in the first nine months, a total of 3,634 casualties, compared with 3,007 casualties in the same period of 2017.

"UNAMA recalls that attacks deliberately targeting civilians and the murder of civilians are serious violations of international humanitarian law that amount to war crimes," it said in the report.

With parliamentary elections due on Oct. 20, security officials warn that attacks are likely to pick up on polling stations and other election sites, many of which are located in schools, mosques or health clinics.

A wave of suicide attacks in the eastern province of Nangarhar and in the capital Kabul this year has hit students preparing for exams, spectators at sporting events, people waiting to register for elections as well as Shi'ite mosques.

The mainly Shi'ite Hazara minority has been especially heavily targeted by attacks claimed by the local affiliate of Islamic State.

The report attributed 65 percent of casualties to the Taliban, Islamic State and other anti-government forces.

As casualties from suicide attacks and improvised explosive devices rose, casualties from ground fighting fell by 18 percent to 2,311 (605 deaths and 1,706 injured). At the same time, there was a 39 percent rise in the number of casualties from air strikes, which have risen as air operations have been ramped up, to 649 (313 deaths and 336 injured).