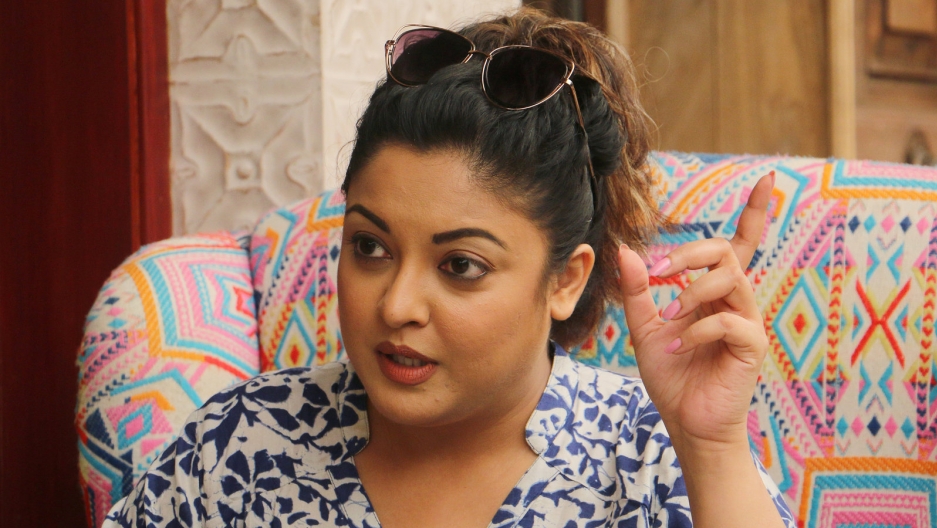 India's #MeToo movement has gained momentum in recent days with more than a dozen complaints of sexual harassment and other sexual misconduct leveled online against India's most prominent journalists, comedians, actors, movie directors and other public figures.

On Monday, authorities opened an investigation into allegations of sexual misconduct by journalist Prashant Jha, political editor and bureau chief for the Hindustan Times, one of India's major national papers.

The Hindustan Times confirmed that Jha has been asked to step down completely pending the investigation. "This is a case of sexual harassment and an internal committee has been set up," said the media group's general counsel, Dinesh Mittal, in an announcement.

Jha was accused by a former female colleague, Avantika Mehta, of sending inappropriate messages. Mehta made her complaint on Saturday in an article on Firstpost news, and on her own Twitter account.

Jha did not answer calls or text messages seeking comment. He has not responded publicly to the allegations.

She confirmed to Reuters that Chakraborty sent her the pictures.

Chakraborty denied asking for nude pictures from underage girls. He said in a statement on Twitter that he thought his "sexts" were consensual. This statement has since been removed.

AIB chief executive and co-founder Tanmay Bhat resigned after saying in a statement on Friday that he had made a "big mistake" by continuing to work with Chakraborty even after Bhat knew about the performer's allegations of inappropriate behavior.

According to a statement from AIB, co-founder Gursimran Khamba was also placed on a temporary leave of absence by the collective after an anonymous woman on social media accused him on Monday of "emotional blackmail" and of trying to force himself on her. In a statement, Khamba denied any wrongdoing, saying there was no violation of consent.

He acknowledged the two "hooked up consensually multiple times" and that the relationship later became toxic. The woman also acknowledged a prior consensual sexual relationship with Khamba, but that he also forced himself on her on two separate occasions.

"At this time, both of our senior partners are immediately stepping away from all business at AIB. Truthfully, we do not know what this means for the future of AIB or whether there is one," according to a statement from the group, signed by Vidhi Jotwani, AIB's head of human resources.

The popular AIB collective has more than 3.4 million subscribers on YouTube.

Hotstar, an internet platform owned by Twenty-First Century Fox's Star India unit, said it was pulling "On Air with AIB," a news and current affairs show hosted by the four AIB founders, even though it still had more than 20 episodes to air. In an official Hotstar tweet, it said recent allegations with AIB ran contrary to the platform's values and that it was taking the show off the air with immediate effect.

AIB is also developing a show for Amazon India and their spokeswoman said the company had nothing to announce about its AIB ties.

These latest accusations come on the heels of sexual harassment allegations made by actress Tanushree Dutta late last month against prominent actor Nana Patekar's inappropriate behavior on film sets in 2008. On Saturday, Dutta filed a civil complaint against Patekar with the police, alleging sexual harassment, saying she suffered psychological trauma and was no longer able to work in films.

Patekar has denied the allegations. His lawyer, Rajenda Shirodkar, told Reuters on Sept. 28 that they issued Dutta a legal notice (a precursor to a lawsuit) for making a false allegation.  The notice asked Dutta to apologize to Patekar or face further legal action.

In a statement to local news channels, Dutta confirmed receipt of the legal notice from Patekar.

Dutta's situation is not the first to rock India's film industry.

In 2015, producer Vikas Bahl allegedly engaged in non-consensual sexual activity with a female colleague in her hotel room after a promotional party, according to two separate news reports published in the Mumbai Mirror (2017) and the Huffington Post (2018). In 2017, Bahl denied the allegations.

On Saturday, Bahl's film production company Phantom Films announced that it would dissolve, but did not give specific reasons and Bahl could not be reached for comment this week.

Several other Indian media outlets have launched similar inquiries based on the recent #Metoo momentum online.

The Wire, an online news portal, asked for specific complaints to be addressed to their Internal Complaints Committee after its co-founder, Sidharth Bhatia, was accused of sexual misconduct by two separate women on Twitter on Monday.

One claims she worked for Bhatia and accused him of sending inappropriate messages to subordinates. Another woman claimed that Bhatia had made a vulgar comment about her.

Bhatia denied wrongdoing. He did not recall the women as employees and said he was willing to face an independent inquiry.