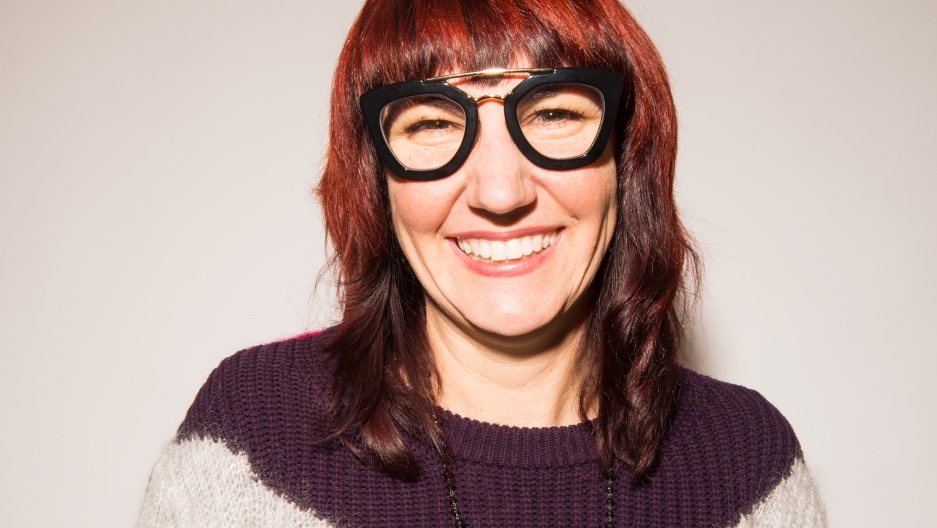 Back in the early '90s, Megan Jasper was a receptionist at Sub Pop Records — the Seattle label that launched the grunge movement with bands like Nirvana and Soundgarden. She was laid off during the company’s many downturns, so she got a job at Caroline Records. That’s when she got a call from a New York Times reporter.

“They were doing a huge feature on grunge in Seattle,” Jasper recalls. “The journalist said, ‘We would like to share a lexicon of grunge. Every subculture has a different way of speaking and there's got to be words and phrases and things that you folks say.’” There wasn’t, so she decided to make it up, with terms like “swingin' on the flippity-flop” for “hanging out.”

“I thought that this was all going to end with him going, ‘Oh come on!’” Jasper says. “But it never happened.” Much to her surprise, her nonsensical lexicon was published in The New York Times on November 15, 1992.

“The Lexicon of Grunge” published in The New York Times on November 15, 1992.

Megan returned to Sub Pop several years later, and was promoted to general manager, then executive vice president. Now she’s the CEO. She talks about seeing her prank in print, fielding an angry phone call from the editor of the Times Style section, and reassesses Sub Pop’s infamous rejection letter.