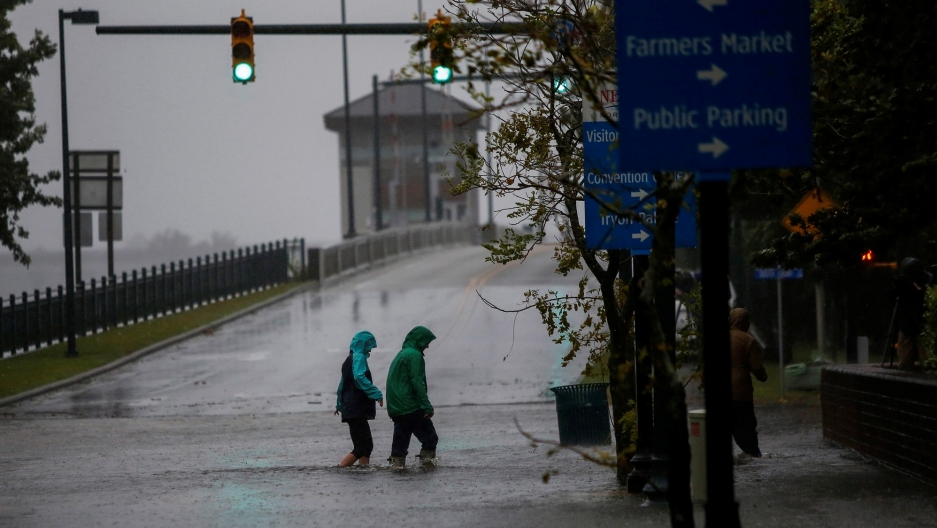 Threatening record rainfall and leaving scores trapped by rising waters and thousands without power, Hurricane Florence swept across the Carolinas early on Friday.

Florence, which made landfall on Friday, is expected to cover almost all of North Carolina in several feet of water, state Governor Roy Cooper told reporters. The National Weather Service said as much as seven inches of rain had fallen overnight in some coastal areas.

With the brunt of the slow-moving storm yet to come, about 150 people were awaiting rescue in New Bern, a city near the coast, where a gauge on the Neuse River recorded 10 feet of inundation, the National Hurricane Center (NHC) said.

"If anybody could help ... our cars is under water and so is our house. Stuck in attic," one local called Bree said on Twitter. 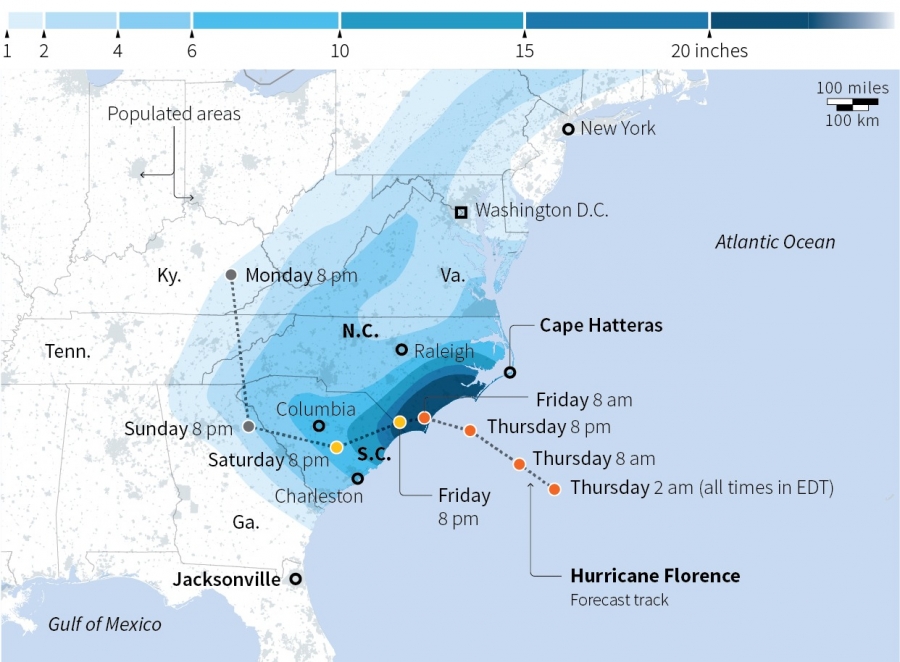 On the other side of the world, Philippine authorities evacuated more areas on Friday and warned an estimated 5.2 million people in the path of a powerful typhoon to stay indoors, as the country braced for heavy rain and damage to infrastructure and crops.

Super Typhoon Mangkhut is expected to barrel through the northernmost tip of the Philippines early on Saturday, carrying 127 mph wind speeds, and gusts of up to 158 mph, that it has maintained since it struck Micronesia earlier in the week.

More than 9,000 people have been moved to temporary shelters as Mangkhut, locally known as Ompong, makes its way toward the rice- and corn-producing provinces of Cagayan and Isabela where it is forecast to make landfall at dawn on Saturday.

Weather forecasters warned of destructive storm surges as high as 19 feet in coastal villages in the typhoon's path.

The capital, Manila, and more than three dozen northern and central provinces have been placed under storm warning signals. Classes have been suspended and government offices shut early in more than 600 places, while military personnel, medical and emergency response teams were put on stand by.

The coastguard said about 5,000 passengers were stranded at several ports by the impending storm, which will head on toward southern China and Vietnam.

Back in New Bern, North Carolina, the downtown area of the city of 30,000 people was under water, city authorities tweeted. "Some areas we can't get to at all," said Amber Parker, a spokeswoman for Craven County Emergency Management told broadcaster MSNBC.

Across the Carolinas at least 188,000 people were without power early on Friday. Utility companies said millions were expected to lose power and restoring it could take weeks.

Florence's center was about 25 miles east of Wilmington, North Carolina at 4 a.m. and moving west at 6 mph, the National Hurricane Center (NHC) said.

Service forecaster Brandon Locklear predicted Florence would drop up to eight months of rain in two or three days.

Forecasters also said the Category 1 storm's extreme size meant it could batter the US East Coast with hurricane-force winds for nearly a full day.