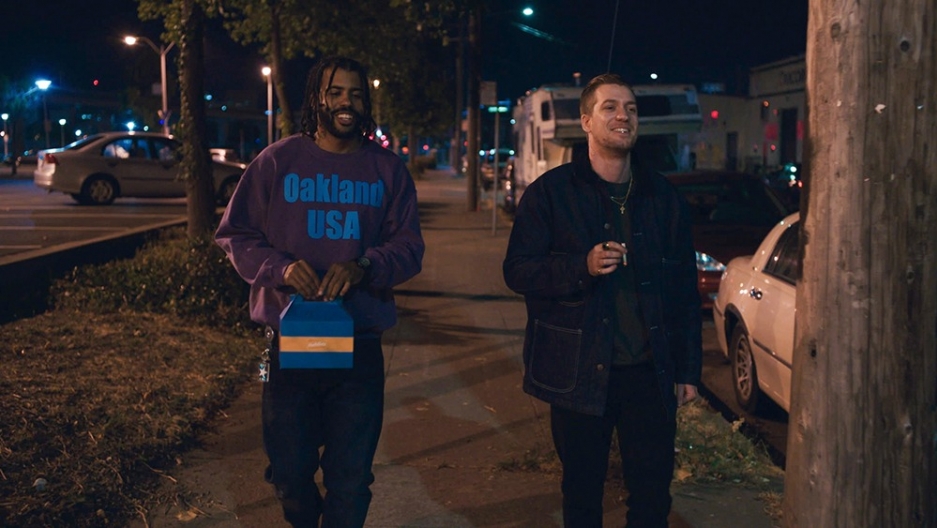 The excellent new movie “Blindspotting” deals in complex ways with issues of race, gentrification and police brutality. But it’s a drama both leavened and enhanced by its unique use of rap and verse.

Co-writers and stars Daveed Diggs (“Hamilton”) and Rafael Casal (“Def Jam Poetry”) play best friends Collin and Miles who, over the course of the last few days of Collin’s probation, navigate their rapidly gentrifying hometown of Oakland as well as their relationship to each other.

That Diggs and Casal also grew up together and share a background in music, theater and poetry makes the sometimes surreal moments of rap monologues not only believable but also, remarkably, effective. But, as poet Maya Phillips points out, there’s more meaning behind the pretty bounce language. “Rap was a black form and it was commodified,” she tells Kurt Andersen. “It’s very much involved in this aesthetic. We have this idea of a black man who is a rapper and that is packaged and that is sold.”

“Blindspotting” isn’t the only summer movie to uniquely use language and manners of speaking to talk about race. Phillips digs into the linguistics of “Blindspotting,” “BlacKkKlansman” and “Sorry To Bother You” and considers the inflection point of the future of black cinema.

Read more of Maya Phillips’ poetic takes on film at Slate.com and her website.