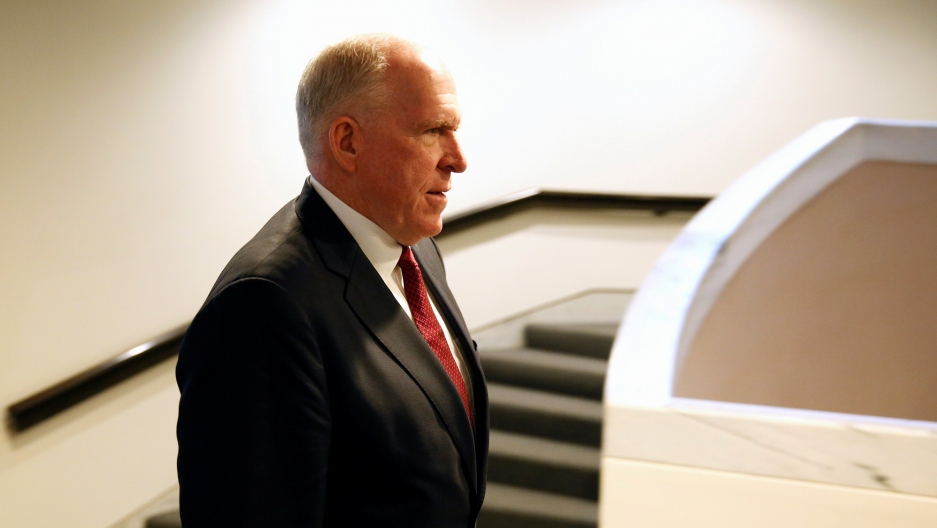 US President Donald Trump moved to penalize a sharp critic on Wednesday, revoking the security clearance of Obama-era CIA Director John Brennan for making what he called "a series of unfounded and outrageous allegations" about his administration.

Trump, in a statement read to reporters by White House spokeswoman Sarah Sanders, also announced he was evaluating whether other former high-ranking officials, all of whom have criticized him, should have their security clearances withdrawn as well.

The decision came a day after Brennan, who headed the US Central Intelligence Agency under President Barack Obama, leveled a blistering attack against Trump for the president's tweeted criticism of former White House aide Omarosa Manigault Newman, who wrote a book critical of Trump.

"It’s astounding how often you fail to live up to minimum standards of decency, civility & probity. Seems like you will never understand what it means to be president, nor what it takes to be a good, decent, & honest person. So disheartening, so dangerous for our Nation," Brennan wrote.

Trump, without mentioning specific comments made by Brennan, said the former CIA leader had engaged in "frenzied commentary" and had sought to "sow division and chaos" about the Trump administration.

"Mr. Brennan has recently leveraged his status as a former high-ranking official with access to highly sensitive information to make a series of unfounded and outrageous allegations — wild outbursts on the internet and television — about this administration," Trump said.

Brennan, in a tweet, said he would not back down.

"This action is part of a broader effort by Mr. Trump to suppress freedom of speech & punish critics. It should gravely worry all Americans, including intelligence professionals, about the cost of speaking out. My principles are worth far more than clearances. I will not relent," he said.

Also on the list was Bruce Ohr, a current Justice Department official in the criminal division.

Republican lawmakers gave mixed reviews to Trump's decision, with some criticizing it and others saying Brennan had acted inappropriately with his comments about the president.

“I don’t like it at all," said Republican Senator Bob Corker, referring to Trump's decision. "It feels very much like a banana republic kind of thing.”

He was particularly biting about the president's joint news conference with Russian President Vladimir Putin in Helsinki a month ago. Trump said he tended to believe Putin's denials about Russian meddling in the 2016 presidential election despite the US intelligence community view that Moscow was to blame.

Brennan suggested in a tweet that Trump could be impeached, saying his performance in Helsinki "rises to & exceeds the threshold of 'high crimes & misdemeanors'” and was "nothing short of treasonous."

High-ranking government officials sometimes retain their security clearances after leaving office, allowing them the ability to provide advice as needed to their successors.

"At this point in my administration, any benefits that senior officials might glean from consultations with Mr. Brennan are now outweighed by the risks posed by his erratic conduct and behavior ... That conduct and behavior has tested and far exceeded the limits of any professional courtesy that has been due to him," Trump said.

Brennan faces no formal charges or allegations of violating any regulations or laws. Another former CIA director, John Deutch, had his security clearance revoked in 1999, three years after he resigned as CIA chief, after he violated security rules for keeping classified information on computers at his home.

Ned Price, a former National Security Council spokesman for Obama and former CIA official, said Trump was trying to shift public attention away from the critical book by Manigault Newman.

"The proximate target was John Brennan, but the real intent of today’s announcement was to simultaneously shift and silence," he said.

"The White House knows as well as anyone that Brennan, in his criticism of Trump, has never disclosed classified information. And that’s always been the metric when it comes to a revocation of a clearance," Price said.

“With regard to the implied threat today that I could lose my clearance, that will have no impact on what I think, say or write,” Hayden wrote.

By Steve Holland and Jeff Mason/Reuters